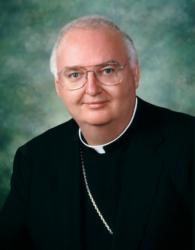 WASHINGTON (CNS) — San Jose Bishop Patrick J. McGrath said he won’t move into a five-bedroom home he was set to live in when he retired after news reports in California revealed its price tag: $2.3 million.

In a letter dated Aug. 27, he said he “erred in judgment” in the purchase. An Aug. 27 tweet by the Diocese of San Jose said that the bishop “now intends to live in a rectory in one of the parishes in the diocese.”

“I failed to consider adequately the housing crisis in this valley and the struggles of so many families and communities in light of that crisis.”

According to Zillow, an online real estate and rental marketplace database, the median home value in San Jose, California, is $1,110,800, making it the most expensive housing market in the country.

The local newspaper, the San Jose Mercury News, reported a story on Aug. 26 with the value and other details of the house the diocese bought. It had been purchased with money “designated for this sole purpose” after the sale of a condominium where retired Bishop Pierre DuMaine lived until “he was no longer able to live in it due to failing health,” the bishop said in the letter. The money would not have been able to be used for other purposes.

The house will be put up for sale and any profit will go to Charities Housing, he said.

In the letter, the bishop explained that he had hoped to live in an existing home owned by the diocese on cemetery property, but its retrofitting was going to be expensive and buying a home made economic sense because of the financial return on investment.

The bishop has advocated for the poor and the lack of affordable housing in the area.

NEXT: Faithful uphold the quiet tradition of lighting candles in churches