Pope prays for victims of ferry disaster in Tanzania 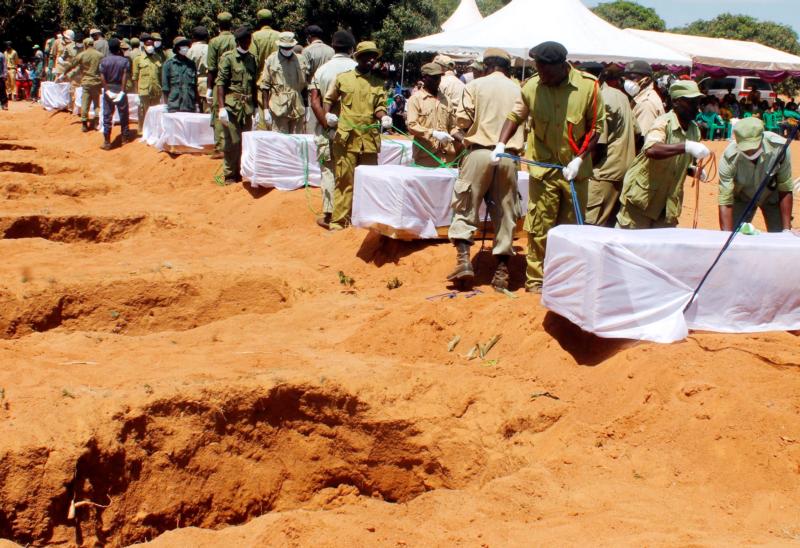 VATICAN CITY (CNS) — Pope Francis mourned the loss of more than 200 lives in a ferry accident on Lake Victoria near the Tanzanian island of Ukara.

He expressed his “sincere solidarity with those who mourn the loss of their loved ones and those who fear for the lives of those still missing,” in a telegram sent on his behalf by Cardinal Pietro Parolin, Vatican secretary of state, Sept. 21.

The pope prayed for God’s blessings “of strength and consolation for all people involved, and he offered encouragement to civil authorities and emergency personnel in their ongoing rescue efforts,” said the telegram.

As of Sept. 25, at least 224 had been found dead after a ferry capsized in Lake Victoria Sept. 20. While the cause of the disaster was still not known, early reports say the ferry may have been carrying more passengers than legally allowed.

Tanzanian Prime Minister Kassim Majaliwa said the government was setting up a special investigation and that officials in charge of managing the ferry had been detained for questioning.

Rescuers were working to turn the ship back upright in order to tow it to land.

PREVIOUS: Scandals create outrage, but there is time for conversion, pope says

NEXT: Cardinal beatifies 22-year-old Romanian as ‘martyr to chastity’