No denying artistic notes of ‘Bohemian Rhapsody,’ or moral qualms 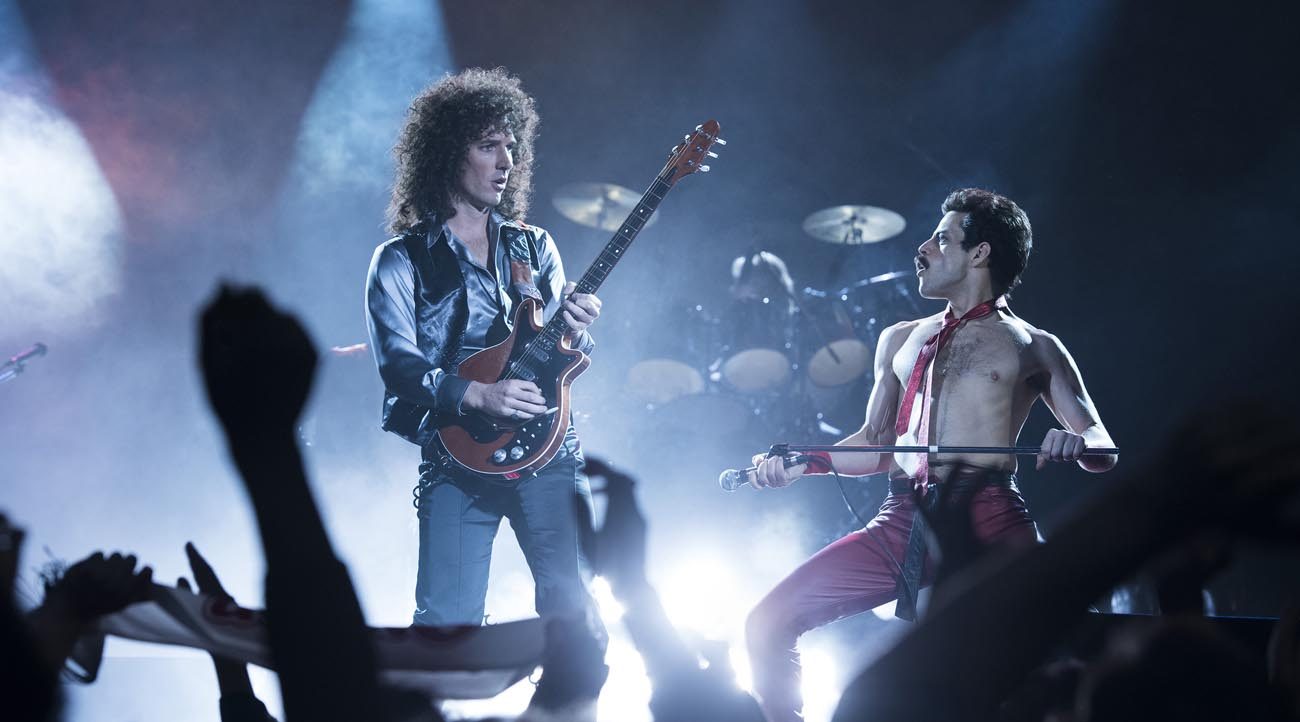 Gwilym Lee and Rami Malek star in a scene from the movie "Bohemian Rhapsody." (CNS photo/Fox)

The moral status of Singer’s film, as scripted by Anthony McCarten, however, is another matter.

Mercury’s career, which took him from unloading bags at London’s Heathrow Airport to worldwide stardom, is portrayed congenially enough. He forms a deep friendship with the other members of Queen — guitarist Brian May (Gwilym Lee), drummer Roger Taylor (Ben Hardy) and bassist John Deacon (Joe Mazzello) — and together they resist narrow categorization and take such creative risks as releasing the lengthy pop aria of the title as a single.

But the vocalist’s personal life was tangled.

Reluctantly recognizing that his engagement to his live-in girlfriend, Mary Austin (Lucy Boynton), is doomed — she nevertheless remains his lifelong muse — Mercury descends into a decadent lifestyle of homosexual promiscuity. Later, though, he forms an exclusive bond with Jim Hutton (Aaron McCusker), here portrayed as a waiter, which lasts through the years leading up to his 1991 death from AIDS-related pneumonia.

McCarten and Singer treat this aspect of their story with restraint and some complexity. There’s a tragic tone to Mercury’s breakup with Austin, and viewers are left with the distinct, if not inescapable, impression that Mercury’s life would have been much happier had the duo remained more than merely friends.

The sordid encounters in which he subsequently engaged are only hinted at through a montage of the leather-clad denizens of gay bars. The fact that Paul Prenter (Allen Leech), Mercury’s personal manager and very much the villain of the piece, enables not only the star’s substance abuse but his sexual profligacy also suggests that the filmmakers take a dim view of such behavior.

Along the same lines, Mercury’s undivided devotion to Hutton is presented as one element in his eventual redemption.

Moviegoers of faith can join in the narrative’s approval of the hard-won acceptance Mercury, born Farrokh Bulsara, eventually gains from his Parsi father, Bomi (Ace Bhatti). But the predictable underlying message, that at least committed gay relationships pass ethical muster, obviously clashes with both Scripture and tradition.

The film contains a benign view of homosexual acts, cohabitation, a couple of same-sex kisses, a few uses of profanity, at least one rough and numerous crude and crass terms. The Catholic News Service classification is O — morally offensive. The Motion Picture Association of America rating is PG-13 — parents strongly cautioned. Some material may be inappropriate for children under 13.

PREVIOUS: ‘Halloween’ is no cause for celebration

NEXT: Beauty is skin deep in ‘The Nutcracker and the Four Realms’