Archbishop urges synod to use care with language on sexuality 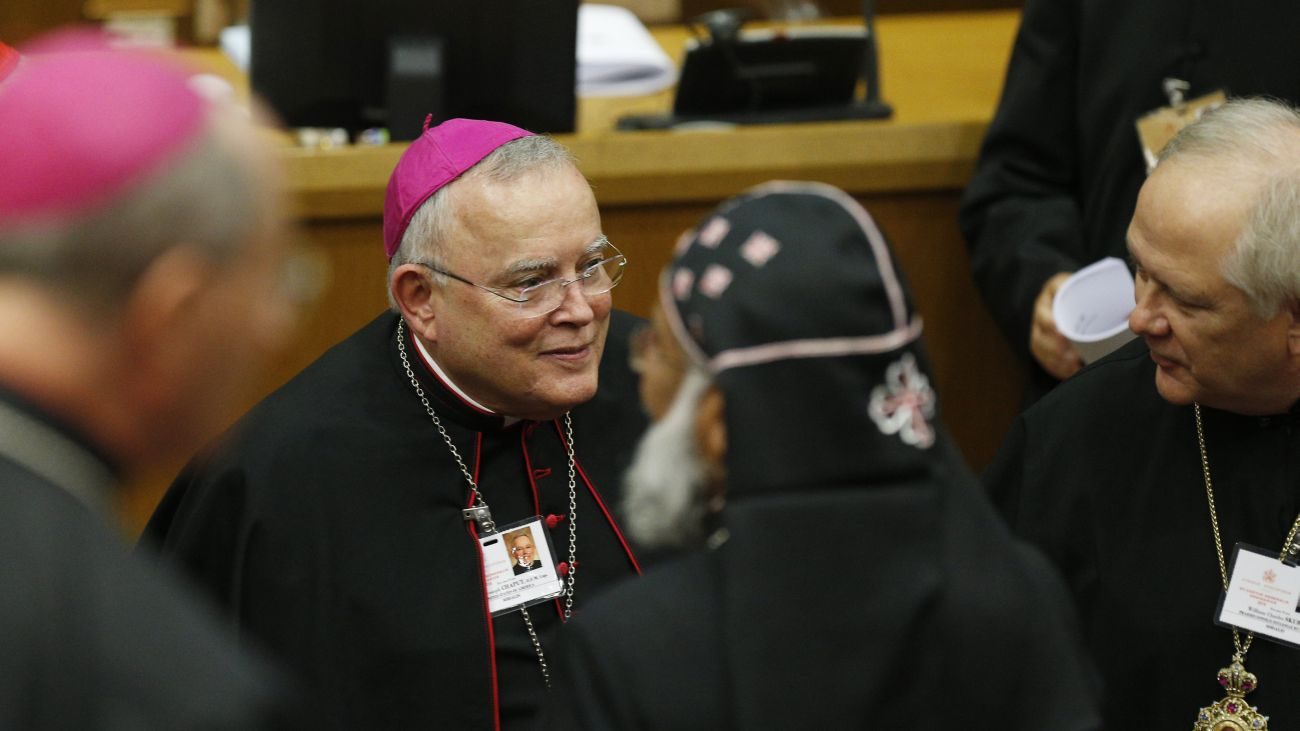 Archbishop Charles J. Chaput of Philadelphia arrives for the opening session of the Synod of Bishops on young people, the faith and vocational discernment at the Vatican Oct 3. (CNS photo/Paul Haring)

VATICAN CITY (CNS) — Archbishop Charles J. Chaput of Philadelphia told members of the Synod of Bishops their task was to help young people understand Catholic teaching on sexuality and to avoid using terms like “LGBTQ” that make it seem as if the church categorizes people that way.

The working document for the Oct. 3-28 synod on “young people, the faith and vocational discernment” used the acronym for lesbian, gay, bisexual and transgender once. It said:

“Some LGBT youths, through various contributions that were received by the General Secretariat of the synod, wish to ‘benefit from greater closeness’ and experience greater care by the church, while some bishops’ conferences ask themselves what to suggest ‘to young people who decide to create homosexual instead of heterosexual couples and, above all, would like to be close to the church.'”

The archbishop, a member of the synod’s permanent committee, told the synod that “what the church holds to be true about human sexuality is not a stumbling block. It is the only real path to joy and wholeness.”

And, he said, for the church “there is no such thing as an ‘LGBTQ Catholic’ or a ‘transgender Catholic’ or a ‘heterosexual Catholic,’ as if our sexual appetites defined who we are.”

Because there are not “discrete communities of differing but equal integrity” within the church, he said, “it follows that ‘LGBTQ’ and similar language should not be used in church documents, because using it suggests that these are real, autonomous groups, and the church simply doesn’t categorize people that way.”

During a synod session that included several speeches recognizing ways in which church members have failed the younger generation, Archbishop Chaput cited “a combination of ignorance, cowardice and laziness in forming young people to carry the faith into the future.”

“Explaining why Catholic teaching about human sexuality is true, and why it’s ennobling and merciful, seems crucial to any discussion of anthropological issues,” the archbishop said. “Yet it’s regrettably missing” from the synod’s working document, which participants will use as the basis of their discussions and will amend to form a final text.

“The elders of the faith community have the task of passing the truth of the Gospel from age to age, undamaged by compromise or deformation,” the archbishop said.

“The clergy sexual abuse crisis is precisely a result of the self-indulgence and confusion introduced into the church in my lifetime, even among those tasked with teaching and leading,” he said. “And minors — our young people — have paid the price for it.”

Catholics believe that “who we are as creatures, what it means to be human, why we should imagine we have any special dignity at all” are all questions that find their ultimate answer “only in the person of Jesus Christ, redeemer of man.”

“If we lack the confidence to preach Jesus Christ without hesitation or excuses to every generation, especially to the young,” he told the synod, “then the church is just another purveyor of ethical pieties the world doesn’t need.”

NEXT: Young U.S. religious woman talks to synod about ‘accompaniment’