Fidelity is for every vocation, not just marriage, pope says 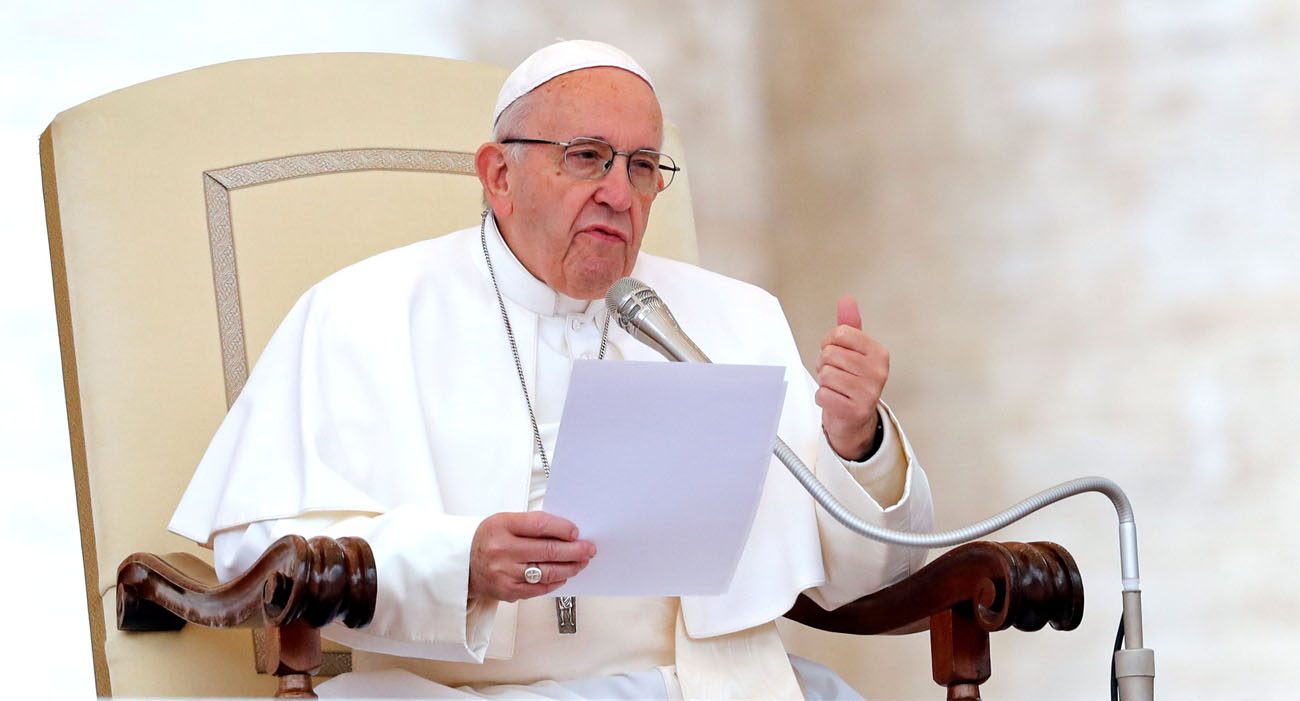 VATICAN CITY (CNS) — The Sixth Commandment’s mandate against adultery is a call to fidelity that applies not only to married couples, but to all Christians called to love others through their vocation, Pope Francis said.

“Every Christian vocation is spousal because it is the fruit of the bond of love in which we are all renewed, the bond of love with Christ,” he said. “Starting from (Christ’s) fidelity, his tenderness, his generosity, we look with faith at marriage and at every vocation, and we understand the full meaning of sexuality.”

Among the pilgrims present at the audience were the members of the Together in Hope choir, an ecumenical choir comprised of Catholic, Lutheran, Anglican, Methodist, Reformed, evangelical, and nonreligious people based in Minneapolis.

Accompanying the choir was Archbishop Bernard A. Hebda of St. Paul and Minneapolis, and Lutheran Bishop Ann Svennungsen, head of the Minneapolis Synod of the Evangelical Lutheran Church in America, who were greeted by Pope Francis after the audience.

During the audience, the pope continued his series of talks on the Ten Commandments, reflecting on the command, “Thou shall not commit adultery,” which he said was a “call to love that is manifested in fidelity acceptance and mercy.”

While the commandment refers to fidelity in marriage, the pope said it is not only addressed to spouses but is a “paternal word of God addressed to every man and woman.”

Being mature is being able to “take upon oneself someone else’s burden and to love without ambiguity,” he said.

On the other hand, the pope said, adulterers and those who are unfaithful are “immature” people who interpret situations according to their own “well-being and satisfaction.”

“In order to be married, it’s not enough to celebrate the wedding! We need to make a journey from the ‘I’ to the ‘we,’ from thinking for yourself to thinking for two, from living by yourself to living with another person,” the pope said. “It is a beautiful path; when we decentralize ourselves, then every act is spousal.”

Priests and those who live chaste consecrated lives, he said, must also follow this path and live it “faithfully and joyfully as a spousal and fruitful relationship of motherhood and fatherhood.”

“The church does not need aspirants to the role of priests, but rather men whose hearts have been touched by the Holy Spirit with an unreserved love for the bride of Christ,” Pope Francis said. “In the priesthood, we love the people of God with all the paternity, tenderness and strength of a spouse and a father.”

Pope Francis said that the call to not commit adultery is a reminder of the Christian duty to love as Christ loves and to respect one another.

“The human body is not an instrument of pleasure but the place of our call to love,” the pope said. “And in authentic love, there is no room for lust and its superficiality. Men and women deserve more!”

NEXT: Pakistan court sets aside death sentence for woman convicted of blasphemy