In response to global warming, the idea of personal sacrifice resurfaces 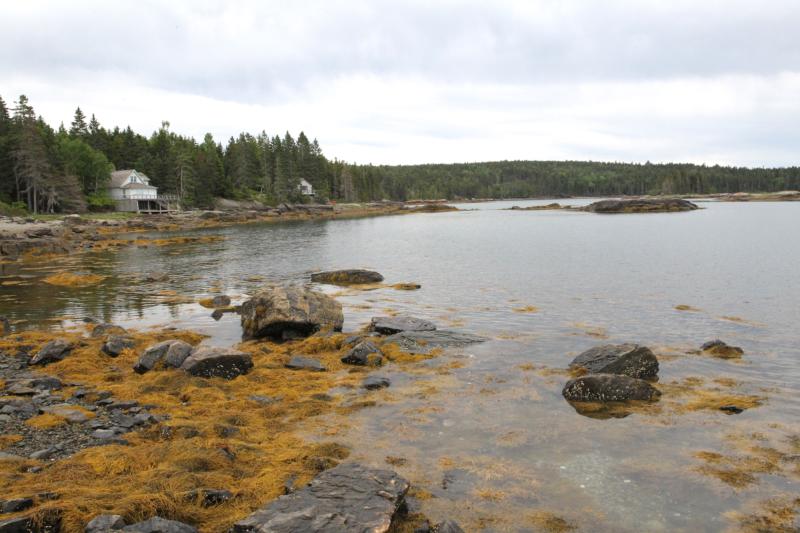 Vegetation covers rocks along a body of water in late June outside Bar Harbor, Maine. The congressionally mandated Fourth National Climate Assessment, released Nov. 23 by the White House, projects that climate change will cost the country hundreds of billions of dollars a year by 2090. (CNS photo/Bob Roller)

WASHINGTON (CNS) — A major scientific report by 13 federal agencies that concludes that climate change poses dire economic consequences to the United States and already is affecting the well being of people serves as a warning that demands action to protect the earth, Catholics working on environmental concerns said.

Personal response can encompass the simple or the complex, but some action is required of everyone if the consequences foreseen in the 1,656-page report are to be avoided, they told Catholic News Service.

“We really have to wake up and get serious about tackling this issue, particularly reducing our energy consumption and reducing greenhouse gas emissions,” said Dan Misleh, executive director of the Catholic Climate Covenant. “We need to realize if we don’t get really serious about this soon our children and grandchildren will seriously suffer.”

The congressionally mandated Fourth National Climate Assessment, released Nov. 23 by the White House, projects that climate change will cost the country hundreds of billions of dollars a year by 2090. It points to worsening health, reduced farm production, stressed natural areas, lost work and classroom hours, and widespread destruction of coastal and inland property if carbon emissions are not reined in.

Elderly and poor people, children and minority communities are the most vulnerable, said the report, which was developed by more than 200 scientists and environmental experts from the U.S., Canadian and Mexican governments, national laboratories, universities, research institutions and the private sector.

President Donald Trump dismissed the assessment, saying simply, “No, no, I don’t believe it,” in response to a reporter’s question about the projected economic impact of global warming. He claimed Nov. 26, without citing evidence, the U.S. air and water are “the cleanest we’ve ever been and that’s very important to me.”

Trump’s response falls in line with a series of policy changes during his administration. New regulations and laws in at least 49 areas related to the environment — from vehicle mileage standards to emissions from coal-fired power plants — have been enacted or proposed since 2017, according to Harvard Law School’s Environmental Regulation Rollback Tracker.

The massive federal report is a scientific assessment built on the findings of years of research and therefore does not offer policy solutions. It outlines regional impact in 10 regions of the country. Its 29 chapters cover topic such as human health, water, forests, transportation and land use.

“Earth’s climate is now changing faster than at any point in the history of modern civilization, primarily as a result of human activities,” the report said. “The impacts of global climate change are already being felt in the United States and are projected to intensify in the future — but the severity of future impacts will depend largely on actions taken to reduce greenhouse gas emissions and to adapt to the changes that will occur.”

The U.S. Conference of Catholic Bishops acknowledged the challenges posed by climate change in a 2001 statement, “Global Climate Change: A Plea for Dialogue Prudence and the Common Good.”

The statement noted that climate change “is not about economic theory or political platforms, nor about partisan advantage or interest group pressures,” but rather “about the future of God’s creation and the one human family … about the human stewardship of God’s creation and our responsibility to those who come after us.”

Some solutions are already known, said Marianist Sister Leanne Jablonski, a biologist who directs the Marianist Environmental Education Center in Dayton, Ohio. They include reducing waste, consuming less and keeping in mind the needs of others, she said.

“We have a long tradition as Catholics of responding in active mercy,” she explained, citing multitudes of soup kitchens, the work of charitable agencies and the millions of dollars raised to aid people harmed by natural disasters. The climate requires similar response, she said, because things will only get worse if personal responsibility is ignored as global temperatures continue to rise.

After reviewing the report, Sister Jablonski and others contacted by CNS found themselves returning to Pope Francis’ 2015 encyclical on the environment, “Laudato Si’, on Care for Our Common Home.” They said the encyclical offers guidelines for Catholic action and reflection.

The encyclical — as well as the government’s report — serves to remind the human family that the focus is not what’s best for an individual or one country, but what’s best for the entire planet, said Father Michael Lasky, a Conventual Franciscan who serves as director of Justice, Peace and Care for Creation Ministry for the order’s Our Lady of Angels Province based in Ellicott City, Maryland.

He and others suggested that people keep in mind the Catholic tradition of sacrifice for the common good in their response to the consequences of a warming planet.

“The message in a nutshell is it’s not that I’m rich and they are poor, it’s that because I’m rich they’re poor. That includes our planet. So the sacrifice comes in the sense of interconnectedness that is cited in this report as well as ‘Laudato Si’,’ being integral as the reason for the sacrifice,” he told CNS.

“We are brother and sister to one another. In that context, don’t you sacrifice for the one you love, especially if the one you love is hurting? That means we have to live differently. We have to do a radical shift,” Father Lasky said.

Laura Anderko, professor of nursing and health studies and Georgetown University, said people are beginning to see how a changing climate is affecting human life through warmer temperatures that affect people with asthma, more destructive wildfires and hurricanes that dump more water on coastal communities.

Greater incidents of illnesses known to result from the effects of high temperatures are being seen by health care professionals, said Anderko, who also is director of the Mid-Atlantic Center of Children’s Health and the Environment.

“Even a few years ago people were not as receptive to seeing the connection, but these days they are,” she said of rising incidences of asthma and other lung-related illnesses.

Anderko, too, pointed to the pope’s encyclical as a guide for Catholics.

“I would encourage folks to reread ‘Laudato Si’,'” she told CNS. “This report underscores what the pope said, with more scientific data, and we really need to be encouraged to not be fooled by those 30-second sound bites.”

PREVIOUS: Archdiocese of Santa Fe to file for bankruptcy protection