Archbishop: Irish actions in WWI should be impetus for today’s leaders 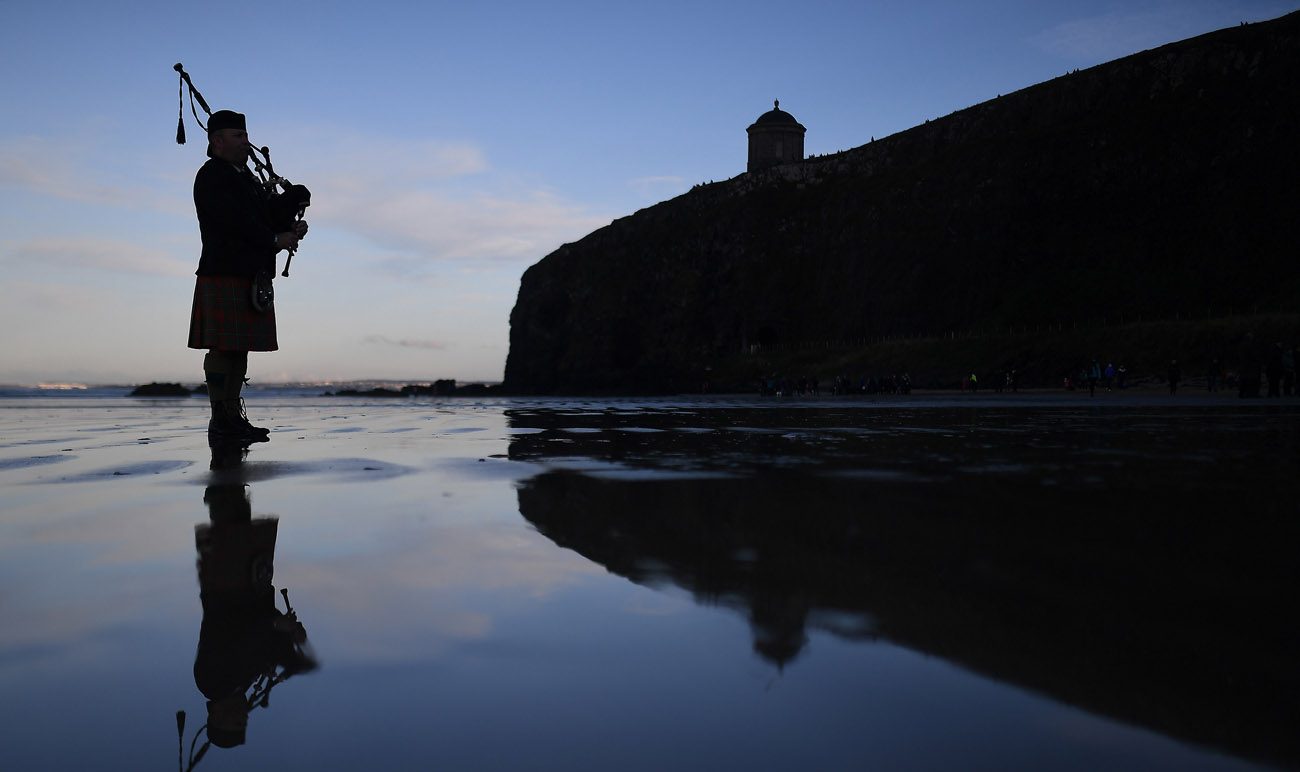 BELFAST, Northern Ireland (CNS) — Ireland’s most senior Catholic cleric said the suffering endured by the Irish — Catholic and Protestant — during World War I should act as an impetus for political leaders today to build a just and lasting peace in Northern Ireland.

Archbishop Eamon Martin of Armagh, Northern Ireland, became the first senior Catholic leader to speak at an Armistice Remembrance Service when he preached the sermon during choral evensong at St. Anne’s Anglican Cathedral in Belfast Nov. 11.

He was greeted by Prince Andrew, the duke of York, representing his mother, Britain’s Queen Elizabeth II.

In his sermon, Archbishop Martin explained how his visits in recent years to battle sites and war cemeteries on continental Europe “have really opened my eyes to the grief and suffering that was shared by families of all traditions and from every part of Ireland.”

While many Irish Catholics who wanted independence from Britain fought on the British side against the Germans in the 1914-1918 war, many felt ostracized when they returned home after the conflict. The Irish rebellion of 1916 had been brutally quashed by the British, and this turned much of the Irish public against Britain’s war effort. Veterans often were shunned and denied employment opportunities when they returned. In contrast, many Protestants who fought in the war were heroes in their own community.

Archbishop Martin referred to this when he reflected on the fact in his sermon that “sadly, because of the cruel twists and tensions of our history of conflict, the fact that Irish Catholics and Protestants fought and died, side by side, was neglected for too long — and perhaps conveniently — by all sides, both north and south of the border.

“People preferred to cling on to a history of difference and separation, rather than recognize and embrace our shared story of common suffering,” he said.

Within three years of the war, the island of Ireland was partitioned into a southern state, predominantly made up of Catholics, and a northern state, predominantly made up of Protestants, with a sizable Catholic minority. In the southern part, now the Irish Republic, there was an unspoken policy of what current Irish President Michael D. Higgins described as “historic amnesia about the role of the Irish in the war.”

NEXT: Pope to scientists: Help protect health of planet and its people