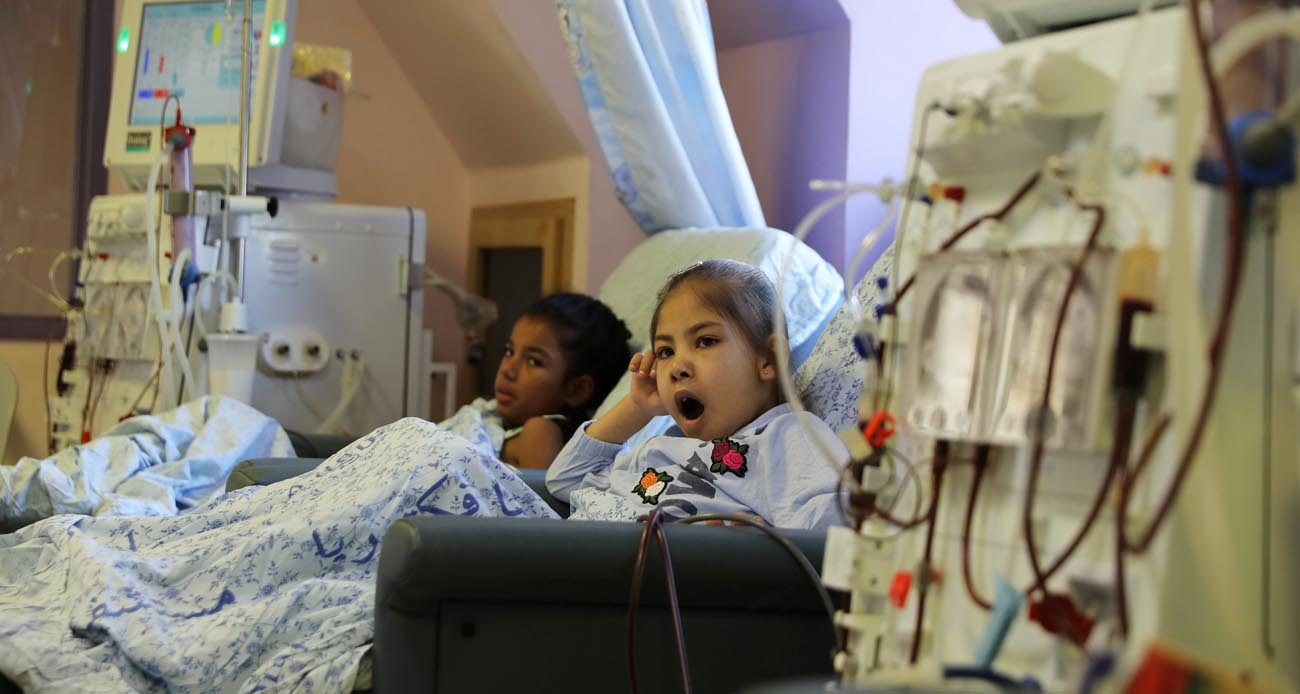 Israeli doctors from most of Israel’s major hospitals called the decision a blow to the health of the city.

The hospitals provide “invaluable medical care for the most vulnerable populations, including Palestinians living in East Jerusalem, Gaza and the West Bank,” the Christian leaders said in a Nov. 1 statement. It was issued jointly by the U.S. Conference of Catholic Bishops’ committees on International Justice and Peace and Ecumenical and Interreligious Affairs; the presiding bishop and conference of bishops of the Evangelical Lutheran Church in America; and the presiding bishop of the Episcopal Church on behalf of its House of Bishops.

“We consider (the hospitals) integral parts of our common commitment to ministry in the Holy Land,” they said in the statement.

President Donald Trump said his administration would cut $200 million of aid to medical and humanitarian aid providers. Earlier, he had announced that the U.S. would withhold $350 million from the U.N. Relief and Works Agency for Palestine Refugees in the Near East — amounting to more than one-quarter of the organization’s annual budget.

The Lutheran Augusta Victoria Hospital, the Anglican St. John of Jerusalem Eye Hospital and Princess Basma Rehabilitation Centre, the Catholic St. Joseph Hospital, the Makassed Islamic Charitable Hospital, and the Red Crescent Maternity Hospital will be affected by the cuts.

“Each (of these hospitals) has benefited from U.S. assistance for decades and, therefore, this decision to discontinue that funding leaves the patients, the wider Palestinian community and us disappointed and perplexed,” the religious leaders said in their statement. “It is difficult to understand why this humanitarian assistance is being brought to a halt, given that lives are being threatened unnecessarily.”

Ninety percent of the hospitals’ patients come with insurance from the Palestinian Authority, which has been unable to pay its full medical bills. The U.S. Congress approved $25 million for the financial year 2017 to be paid to the Palestinian Authority to help cover the bills of the patients from the West Bank. The European Union provides $15 million per year to cover payments.

“In addition to being a morally correct thing to do, U.S. funding is key to paying pharmaceutical suppliers of medications, paying staff, and avoiding any interruption in the treatment of patients. We call on the president to restore this vital funding so that these patients will continue to receive the treatment and care they need,” the church leaders said.

The current total accumulated debt owed to the hospitals by the Palestinian Authority now has reached $80 million, said Walid Nammour, CEO of Augusta Victoria Hospital and secretary of the East Jerusalem Hospital Network. He said the Palestinian health insurance system was “extraordinarily weak and haphazard.”

“By the time the USA decided to stop (financial support), we have reached our maximum credit line debt … with suppliers, especially the Makassed Hospital. This is starting to affect the expensive chemotherapy treatments (at Augusta Victoria),” he said. The Makassed Hospital “has already curtailed some of their services. They are experts in orthopedic surgery and they can’t buy the expensive artificial limbs needed by their patients, or the stents for cardiovascular surgery.”

Hospitals are also having trouble paying for regular medications, he said.

In a separate statement, Israeli doctors from most of Israel’s major hospitals called the decision a blow to the health of the city.

“A sudden and significant cut of support for medical services will cause imminent and serious harm to the health and well-being of those residents of the city who are well-served by these hospitals and medical centers,” said the doctors’ statement. “Although we … have diverse political views, as medical professionals we are uniform in our conviction that health cooperation is an area which we urge decision-makers to distance from political and related considerations. We view withdrawal of support for such care as anathema to our prime commitment as medical professionals and see no benefit whatever and only harm accruing from such a decision.”

They asked that the U.S. decision be reconsidered and reversed to “avoid clear and certain medical harm and deleterious consequences for the health of patients served by the hospitals of East Jerusalem.”

“At the end of (the day), we confirm that it is the responsibility of the PA (to pay the debts), but the PA is really facing a severe financial situation since its establishment,” said Nammour.

With other worldwide crisis in places such as Iraq, Yemen and Libya, international funding to Palestinians has shrunk, he said.