‘Vice’ does a gleeful, nuance-free hatchet job on Dick Cheney 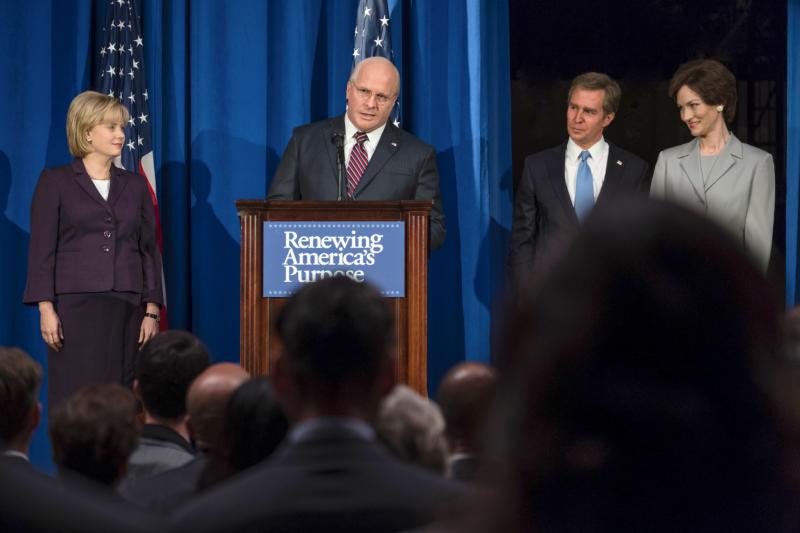 NEW YORK (CNS) — In 2008, Oliver Stone, a director not always associated with calm and impartial reflections on recent history, helmed a biopic of George W. Bush that was neither flattering nor abusive. Instead, Bush was presented in a balanced and shaded way that made the film absorbing for viewers.

Writer-director Adam McKay fails to follow Stone’s lead. “Vice” (Annapurna), his portrait of former Vice President Dick Cheney, is a gleeful hatchet job in which Cheney — played by Christian Bale — comes off as Machiavellian, black-hearted and more demonic than human.

In fact, the only figure who emerges in even darker tones is Cheney’s political mentor, former Defense Secretary Donald Rumsfeld (Steve Carell). He schemes and cackles like Mephistopheles, nearly choking on his own laughter when, early on in his Washington career, a seemingly still naive Cheney asks, “What do we believe?”

The generally fine cast does what it can with these stick figures. Amy Adams, in particular, delivers an impressive turn as Cheney’s forceful and loyal wife, Lynne.

An early scene in which an already ambitious Lynne tells Dick, her then ne’er-do-well boyfriend, that she’ll dump him if he doesn’t shape up is especially compelling thanks to Adams. Yet, as the movie progresses, she too is left with little to work on since the script gradually transforms her character into a latter-day Lady Macbeth.

Things reach a real nadir when the picture’s narrator, Kurt (Jesse Plemons), whose relationship to Cheney is kept mysterious until a late reveal, maintains that, had President Gerald Ford not been defeated for re-election in 1976, Cheney, his chief of staff, would have used a legal interpretation called the unitary executive theory to endow Ford with powers similar to those exercised by Italian dictator Benito Mussolini.

Moviegoers old enough to remember the easygoing, modest and scrupulously law-abiding 38th president will find it hard to picture him grasping for authoritarian power or haranguing the crowds from a balcony — as old newsreel footage shows Il Duce doing. The comparison is absurd on its face.

Considering the history-altering events in which the film’s three main characters were involved, a more nuanced approach would have served the audience far better. As it is, “Vice’s” main appeal would appear to be the opportunity to hiss at a pair of villains.

Cheney is shown to be generally protective of his younger daughter, Mary (Alison Pill), a lesbian. But McKay’s screenplay excoriates him for allowing Mary’s sister, Liz (Lily Rabe), to make a public statement opposing same-sex marriage during her run for Wyoming’s lone seat in the U.S. House of Representatives — an office her father held for 10 years, beginning in 1979.

In addition to the atmosphere of inky-black cynicism that prevails, vulgar language throughout suggests a restrictive classification. So, too, do glimpses of a horrific injury suffered by one of Cheney’s co-workers during his youthful spell as a lineman and the unsparing portrayal of the heart transplant surgery Cheney underwent in 2012.

NEXT: Rough language might prompt early exit from ‘Escape Room’