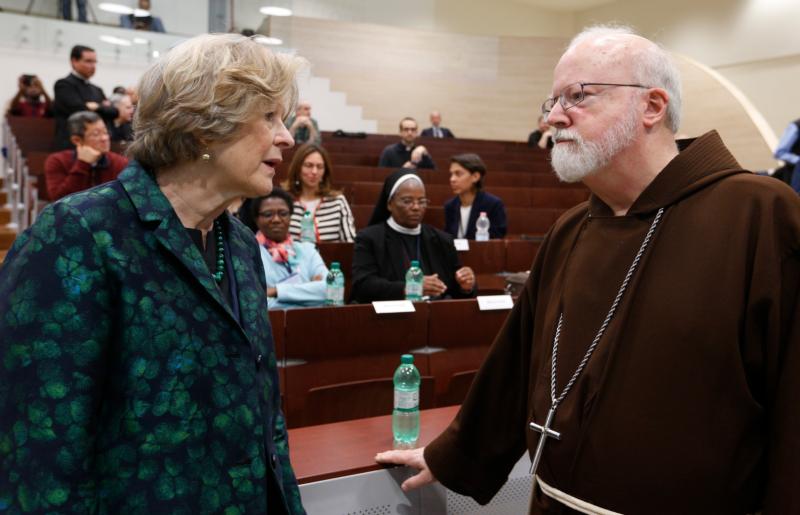 VATICAN CITY (CNS) — By summoning leaders of the world’s bishops’ conferences and top representatives of religious orders to the Vatican in February to address the abuse crisis and the protection of minors, Pope Francis is sending the message that the need for safeguarding is a global issue.

Even though media attention and public fallout for the church’s failings have focused on a small group of nations, abuse experts and victims know that does not mean the rest of the world is immune from the scandal of abuse or can delay taking action to ensure the safety of all its members.

While Catholic leaders in some countries might not recognize it as a global issue, Vatican offices that receive abuse allegations have a “clear idea about what is the situation now because allegations come from all parts of the world,” said Jesuit Father Hans Zollner, a member of the Pontifical Commission for the Protection of Minors, president of the Center for the Protection of Minors at the Pontifical Gregorian University and a member of the organizing committee for the February meeting.

Because the Catholic Church mandates that all credible allegations of the sexual abuse of minors by clergy must be sent to the Congregation for the Doctrine of the Faith at the Vatican, “we have one office that has to deal with all of this so, for the time being, we know what are the allegations that come from different parts of the world,” he said.

Allegations coming in from the English- and German-speaking countries that have been the center of the abuse scandal for decades “have diminished considerably” because of the safeguarding measures that have been put in place, he told Catholic News Service in early January.

But in those countries where abuse has not been talked about in society and in the church until recently, he said, allegations are just beginning to surface.

The last figures published by the congregation were for cases submitted to it in 2015. It said 518 cases involving “graviora delicta” (“more grave crimes”) were submitted in 2015; the majority of those cases dealt with the sexual abuse of minors, including the possession of child pornography, but the category of “graviora delicta” also includes serious offenses against the sacraments.

What is not known, however, is the actual extent of abuse throughout society, Father Zollner said.

“There are no clear and no scientifically verified statistics for the prevalence of sexual abuse in societies worldwide. There are only estimates that range from 7 percent to 25 percent of all young people in a given society and, in some countries, it may be even much worse,” he said.

However, because abuse is a global phenomenon, he said, the church — as a global network with people and institutions in every corner of the world — is perfectly positioned to be part of the solution.

In fact, while the February summit is being designed to bring church leadership together in solidarity, humility and dialogue and to strengthen their commitment to serving the most wounded and vulnerable, a very wide and global grassroots effort in safeguarding has been underway for years.

The Pontifical Gregorian University, the German Archdiocese of Munich and Freising and others established the Center for Child Protection in 2012.

“At the very beginning of the CCP, when we had only the e-learning program, the idea was to spread” its online studies in multiple languages and make them accessible “to the whole world,” he said.

The center also reached out to other educational and academic institutions so that coursework in safeguarding would become part of the “normal curricula” for those studying psychology, social sciences, teaching or theology, said Father Zollner, who is also academic vice rector of the Gregorian University and dean of its Institute of Psychology.

The center has since developed a global alliance of organizations — starting with some pontifical and Catholic universities — who are committed to working with local experts and exchanging concrete information.

The center also offers a multidisciplinary diploma course and master’s program in safeguarding for priests, religious and laypeople from all over the world. The Congregation for the Evangelization of Peoples offers bishops’ conferences in Africa and Asia full scholarships for either program for six people each year.

“This is very forward-looking because in those countries there are almost no resources either in society or in the church that have any kind of special training in this field,” he said.

Graduates go back to their home countries, dioceses, orders or institutions, mostly to work in child protection, setting up programs, offering workshops and giving talks for church personnel and anyone who requests their help. In very poor or remote areas, sometimes they are the only experts available even for the government.

The feedback and reception safeguarding graduates have been getting back home, Father Zollner, “is very mixed because there is certainly a certain kind of reluctance and hesitancy and sometimes passive resistance” in some places.

One of the big challenges now, he said, is to give graduates “ongoing support so that they can push through and they can also exchange strategies that will help them and the church to really come to grips of the situation in their countries.”

Father Zollner travels the world doing workshops and talks on child protection at the invitation of bishops’ conferences and religious orders.

Just in the past year, he said, “I have been invited by the bishops’ conferences of Papua New Guinea and Malaysia — countries where just two or three years ago one would never have thought that there was any possibility to talk about (abuse) either in society or in church, and the church has started to face that now.”

The international members of the papal commission on safeguarding also are invited to speak at seminars, conferences and workshops on every continent and provide education and insight, including survivors’ testimonies to new bishops and staff at the Vatican.

Father Zollner said having skilled and motivated people on the ground to implement and share safeguarding measures will be very important for church leaders attending February’s summit.

“Because once you have some good people, trained well and very committed, and all of them are really committed, you will find links to others, other church institutions and organizations and possible government structures, (then) you can really make a difference,” he said.

It is a “very unfortunate” misconception that in most places nothing has been done in the area of safeguarding and prevention, Father Zollner said. “In many places in the world, safeguarding procedures are put in place, people are trained, schools, orphanages and so forth now have to have safeguarding training and screening of personnel.”

“Again, this is not 100 percent present in all countries and in all institutions. Far from it,” he said. “But there are very good examples of best practices even in areas where a few years ago no one would have had any clue about what to do and why to do what is necessary to protect minors.”

Not all the world’s roughly 200 countries are “doomed to repeat the same mistakes as the 20 countries or so that we know and talk about normally,” he said. “I am positive especially about countries I visited in Central America or some parts of Africa and Asia where the bishops are really on board, the religious are on board; they have at least the potential to do it differently, to act before they are forced to act.”

NEXT: Myanmar cardinal to focus on peacebuilding as he takes over helm of FABC