New Iraqi archbishop: Rebuilding of Mosul must include hearts and minds 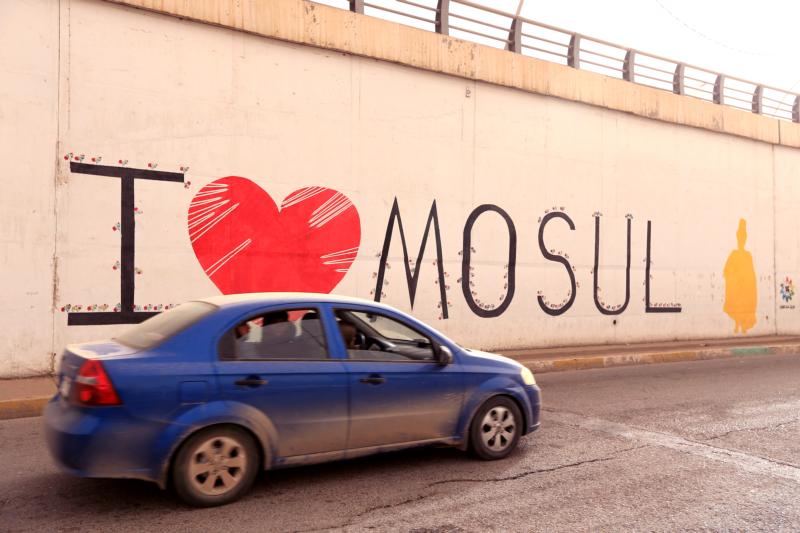 BEIRUT (CNS) — The new Chaldean Catholic archbishop of Mosul, Iraq, faces a challenge of rebuilding, but not just structurally. What is also needed, he said, is a rebuilding of minds, hearts, coexistence and peace.

One of the most important challenges facing his new mission, Archbishop Najib Mikhael Moussa told Catholic News Service, is “to give hope to our families — all Christian families, not only Chaldeans — to come back to Mosul.”

He also said it was “important to rebuild the bridge” of coexistence between Christians and Muslims as well as with Yazidis and all minorities “and to rebuild the confidence and also peace.”

“We have the same blood and the same tears. That’s why we should live together, to rebuild our future together,” he said. “When we love each other, the confidence and also the future will be rebuilt.”

“It’s very important to have good relationships among all the citizens and at the same time to protect our Christian rights,” added the archbishop, who was installed Jan. 25.

Rebuilding Mosul and the Ninevah Plain pertains not just to reconstruction and infrastructure, he said. Education also needs to be rebuilt, from the curriculum in the schools to the preaching in the mosques.

Archbishop Moussa noted that “the population for the last four years has been influenced by ISIS” and “this kind of ideology is very dangerous for the future.”

“That’s why we should start with the heart and the mind.”

Before Mosul fell to Islamic State militants in 2014, it had a Christian population of around 35,000; now, “there are no more than maybe 10 families” living there, Archbishop Moussa said. Additionally, there are around 50-80 Christians attending college or working in Mosul, but they do not remain in the city at night.

The city was liberated from IS in 2017, but today, in West Mosul, 85 percent of the houses are completely destroyed, the archbishop said.

“Most of the families can’t go back to Mosul because they have no more houses,” he said. They also need jobs and want to give their children a future.

However, he said: “Forgiveness is very important. God helps us. The Holy Spirit helps us.”

Although there are no exact figures, he estimates that around 300-350 families have returned to the nearby Ninevah Plain. That area had Iraq’s largest concentration of Christians, but they, too, were uprooted by IS in the summer of 2014.

For now, the archbishop is working from the nearby city of Karamlis. He noted that his counterparts — the Syriac Catholic and Syriac Orthodox archbishops — also hope to return their seats to Mosul. Archbishop Moussa said the archbishops are working together as well as with the Assyrian and other Christian churches.

Archbishop Moussa said he is hoping “for the help of the international community to help Mosul rebuild” and “to help us, especially, to support these families, to rebuild their future.”

Noting that Iraqi Christians feel “very near to the church around the world,” Archbishop Moussa told Catholic News Service, “God bless all the people who try to help us with prayers and support.”

NEXT: Pope arrives in Abu Dhabi, praying for nearby Yemen