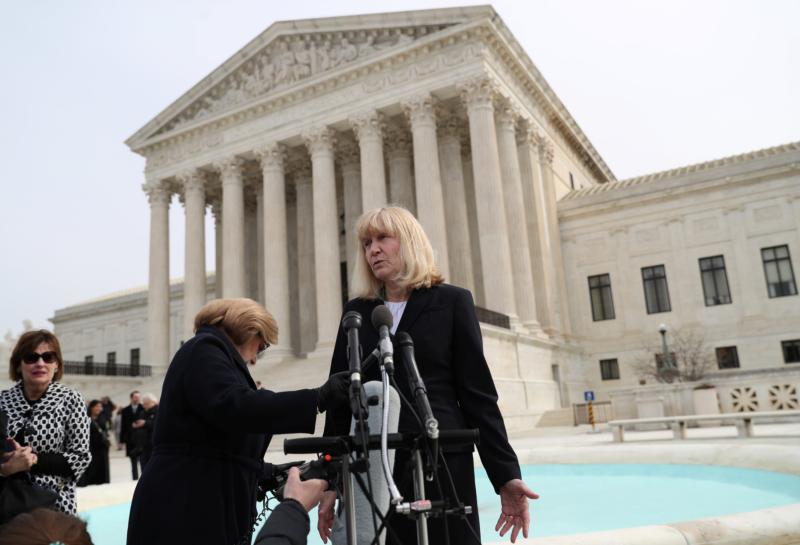 WASHINGTON (CNS) — In mid-March, the U.S. Supreme Court considered possible racially biased juries in two death penalty cases. They rejected one case and listened to oral arguments in another, but in both cases, justices expressed unease.

On March 18, the court declined to hear the case of Keith Tharpe, a black man from Georgia who claimed his death penalty sentence was tainted by racial prejudice from a white juror who asked if black people have souls, among other disparaging comments, revealed in sworn statements.

And although the court didn’t take the Tharpe case, it did not go without commenting on it. Justice Sonia Sotomayor concurred with the court, saying she saw “little likelihood” that it would reverse prior court rulings about it, but in a separate opinion, she said she was “profoundly troubled” by the facts in this case that showed “racism can and does seep into the jury system.”

Tharpe was convicted in 1991 for the murder of his sister-in-law. His execution, scheduled for September 2017, was given a stay by the Supreme Court hours after he was to have been put to death by lethal injection and after he had eaten his expected last meal. Georgia can now set a new execution date for him.

On March 20, the court heard arguments in the case of another black death-row inmate, Curtis Flowers, a Mississippi man tried six times for the shooting deaths of four people in a furniture store in Winona, Mississippi, in 1996.

He was convicted on his last trail by a jury with only one black juror. Flowers claims the jury selection violated his Constitution right to an impartial jury especially since the lead prosecutor had a long history of eliminating potential black jurors from the jury pool.

“The history of this case, prior to this trial, is very troubling,” said Justice Samuel Alito.

The justices seemed convinced that District Attorney Doug Evans, who tried Flowers six times, used racial bias in selecting jurors and if that’s their final decision, the court will overturn Flowers’ murder conviction and send it back to the state to decide whether to prosecute Flowers a seventh time.

The justices zeroed-in on the Supreme Court’s 1986 decision in Batson v. Kentucky, which said the peremptory challenges used by prosecutors and defense attorneys to strike potential jurors could not be used because of race.

In 2016, the Death Penalty Information Center said two recent studies examining the effects of the Batson case found that despite the Supreme Court’s ban on racial discrimination in jury selection, black jurors continue to be disproportionately removed from jury pools in North and South Carolina.

For Krisanne Vaillancourt Murphy, executive director of Catholic Mobilizing Network, a group that champions restorative justice and an end to the death penalty, the cases of Flowers and Tharpe highlight, as she puts it, conclusions that “seem compellingly obvious.”

“First, the legacy of racial discrimination in America continues to rear its head in the practice of capital punishment; second, the judicial system is unreliable in addressing this problem. It is for these reasons that many states, including Washington and California most recently, have declared a halt to the capital punishment process.”

Vaillancourt Murphy said these cases not only “shed light on how racism has permeated our judicial process” but they also show how the nation’s highest court can’t keep intervening for each failing within the criminal justice system.

“As a society, we cannot expect the Supreme Court to be the backstop for every case affected by bias or injustice. The inherent arbitrariness of the death penalty ensures that racial bias frequently influences the decision of who lives and who dies. The only way to avoid this gravest of injustices is to do away with the death penalty completely,” she said in a March 27 email to Catholic News Service.

She also said Catholics should take particular interest in these cases not only because they “demonstrate that the death penalty is incompatible with the sacred value of every human life” but because Catholics “have a responsibility to confront and combat racial injustice wherever it is found.”

She said this urgency was made clear in the U.S. bishops’ 2018 pastoral letter against racism which described racism as a “life issue” and urged Catholics to be aware of the “connection between institutional racism and the continued erosion of the sanctity of life.”