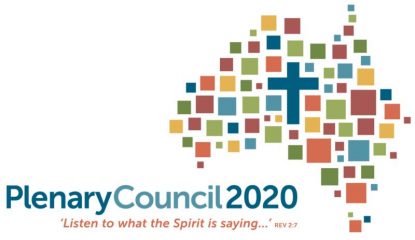 SYDNEY (CNS) — The Australian Catholic Church has completed the first phase of its 2020 Plenary Council, in which laypeople will be allowed to vote and decisions could be binding on the nation’s Catholics, once ratified by the Vatican.

The meeting’s organizers have received more than 20,000 submissions from more than 75,000 Catholics around the country in a 10-month “listening and dialogue” process that finished March 13.

The landmark meeting that will take place in two Australian cities during 2020 and 2021 is already bringing to the surface debate about the role of the laity in the church and other reforms that are becoming more urgent in the wake of the ever-growing global sexual abuse scandal.

The Australian meeting will be only the third plenary council to held anywhere in the world since World War II; the Philippines held one in 1991 and Poland in 1993. There were three plenary councils in the United States before 1884, but none since.

The Australian council was announced in 2017, during the five-year Royal Commission into Institutional Responses to Child Sexual Abuse.

That inquiry documented decades of abuse by Catholic clerics, clergy from other faiths and adults from nonreligious institutions and handed down its findings in October 2017. Some findings related to the administration of the Catholic Church and the formation of clergy, including a recommendation that the seal of the confession be removed for abuse cases.

“Around the start of the new millennium, the Australian bishops started discussing the possibility of some sort of national gathering to take up the challenge St. John Paul II issued in his apostolic letter ‘Novo Millennio Ineunte,'” Lana Turvey-Collins, facilitator for Plenary Council 2020, told Catholic News Service. The letter said the new millennium was the perfect opportunity for every church, nationally and on a diocesan level, to reflect on the faith and determine what pastoral actions to take in order to make Christ known and loved in today’s world.

The Australian church has been rocked by the sex abuse scandal, Royal Commission and recent conviction of Cardinal George Pell to six-years’ imprisonment for sexually abusing two 13-year-choirboys. The cardinal remains in jail pending an appeal hearing in June.

Jack de Groot, CEO of St. Vincent de Paul in New South Wales and chairman of the Implementation Advisory Group to Australian bishops and religious on sex abuse, said in many ways, the country is a test case for the church worldwide.

“The plenary council of the church, it’s only going to have credibility if laypeople get to vote on its recommendation — and that they have at least half the vote,” de Groot told CNS.

“There are still some bishops who have a default setting to the way things were, and that needs to change,” he said. “There are 5 million baptized Catholics in Australia and 800,000 kids in Catholic schools around the country; they need to be given permission to speak, and they need to get some power with this voice.

Some of the responses “included the role of laity, feeling a sense of belonging and times when they’ve experienced rejection or judgment; people shared their experiences of sacraments and liturgy and their hopes for the experience of these to be faithful, inclusive, engaging and spirit-filled,” Turvey-Collins said.

She added that there was great diversity in how this could and should be achieved as people shared their experiences and hopes on topics such as women, leadership and governance, church leadership in society on social issues such as ecological justice, homelessness and radical compassion “like Jesus was.”

“I have been very moved by the stories of faith, hope and resilience I have heard,” Perth Archbishop Timothy Costelloe, plenary council president, said in a statement following the conclusion of the first phase.

He explained there was “no precedent for a national invitation to prayer” as well as dialogue and sharing of stories, which he described as a sense of stepping into the unknown “and being unsure of what the experience might become.”

The first session of the 2020 Plenary Council will take place in Adelaide, the capital of the state of South Australia, in October 2020. In May 2021, a second session will be held in Sydney, the venue of the 1936 Plenary Council.

For the next step, the Australian bishops’ National Centre for Pastoral Research will conduct a qualitative and quantitative analysis of the submissions received and, using best-practice research methods, will identify key themes that have emerged. In May, the bishops’ Commission for the Plenary Council, the Plenary Council Executive Committee and the facilitation team will work together with the National Centre for Pastoral Research to finalize the national themes for discernment. The themes, announced June 9, will become the focus for the listening and discernment phase and will be the foundations for the plenary council agenda.

De Groot said these will be very telling and “the difficult issues need to be exposed. We need to know what all of those issues are; we need to change the governance of the church, the way it deals with grievances and complaints — there needs to be transparency about why decisions are made. The plenary council, in its preparation, must address these things.”

“Discernment is a term that we hear quite often these days, and practicing discernment in our communities and in our preparation toward the plenary council will help to ensure we are listening to God, listening to each other and considering our path forward as the people of God in Australia,” Archbishop Costelloe said.

Turvey-Collins said final numbers of people attending the council are yet to be determined, but it is expected there will be approximately 300 delegates.

“Canon law provides the framework for who the delegates are and includes episcopal leadership, religious and consecrated leaders and laypeople,” she said, adding that the church would seek delegates from all parts of the country and from various backgrounds, including indigenous Australians, people from the Eastern Catholic Churches, people of all ages, occupations and walks of life.

De Groot said that while the council naturally needs to deal with the core business of being Catholic, “it also must deal with governance, safeguarding and formation of leadership.”

The decisions made at the Plenary Council will then require implementation and this timeline is not yet clear, Turvey-Collins said

NEXT: Arab Israeli fights to visit father’s grave, now surrounded by air base