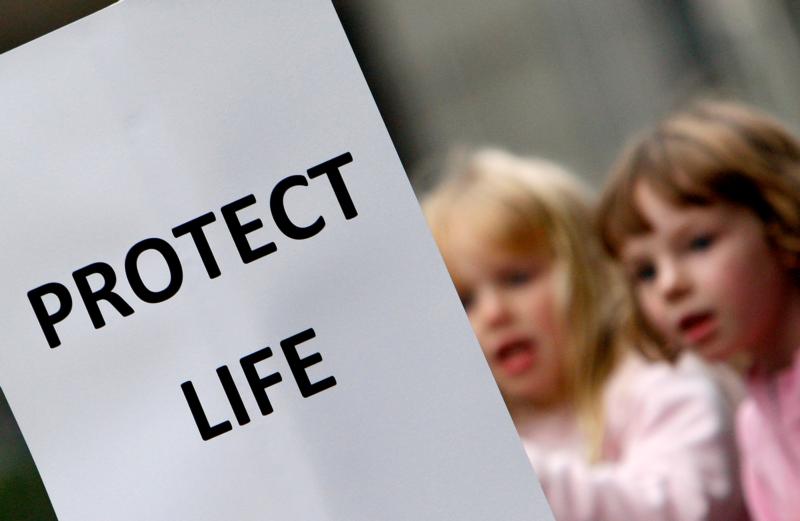 In this 2007 file photo, children in London march during an anti-abortion demonstration. In London March 5, a council approved an exclusion zone around an abortion clinic, making it the second local authority in the U.K. to take action to prevent pro-life activities. (CNS photo/Toby Melville, Reuters)

LONDON (CNS) — A council in London has approved an exclusion zone around an abortion clinic, making it the second local authority in the U.K. to take action to prevent pro-life activities.

A March 5 full meeting of Richmond Council, which covers an area of southwest London along the River Thames, approved a decision made by its regulatory committee a month earlier to make it a crime to attempt any form of interaction with staff or visitors to a center run by the British Pregnancy Advisory Service in the Twickenham section of London.

The policy comes less than a year after Ealing Council, also a London local authority, used a Public Spaces Protection Order to prevent pro-life activists from approaching people or praying within 200 meters of a Marie Stopes clinic.

The activists reject allegations of harassment and say they gather to offer advice and support and pray peacefully.

The Ealing policy is due to be challenged legally in the Court of Appeal, and it has been criticized by the Catholic bishops of England and Wales.

Announcing the policy in a statement posted on its website March 6, Richmond Council said it was satisfied that the protection order was necessary to prevent “a detrimental effect on the quality of life for those in the locality.”

The council said that 80 percent of people who responded to a consultation about the “buffer zone” agreed that the activists should be excluded from the area.

Richmond Councilor Liz Jaeger said concerns have been raised about the vigils “for a number of years.”

“In making this decision, the council has determined the PSPO strikes the right balance, protecting the human rights of the patients and staff of the BPAS clinic to use the services and go to work without fear and in privacy,” she said in a statement posted on the council website March 6.

But Elizabeth Howard of the Be Here For Me campaign, which supports vigils, said there was no evidence to support allegations of harassment, adding that police already had powers to address such complaints.

“This is Richmond Council saying, ‘You’re on your own’ to the brave women who testified about the help they received when they had nowhere else to turn,” she said in a March 6 statement sent by email to Catholic News Service. “We look forward one day to the return of common sense and better solutions for the women in real need of help.”

Richmond Council covers a fashionable area of London on both banks of the Thames; it includes Hampton Court Palace, Kew Gardens, Richmond Park and the Twickenham national rugby stadium.