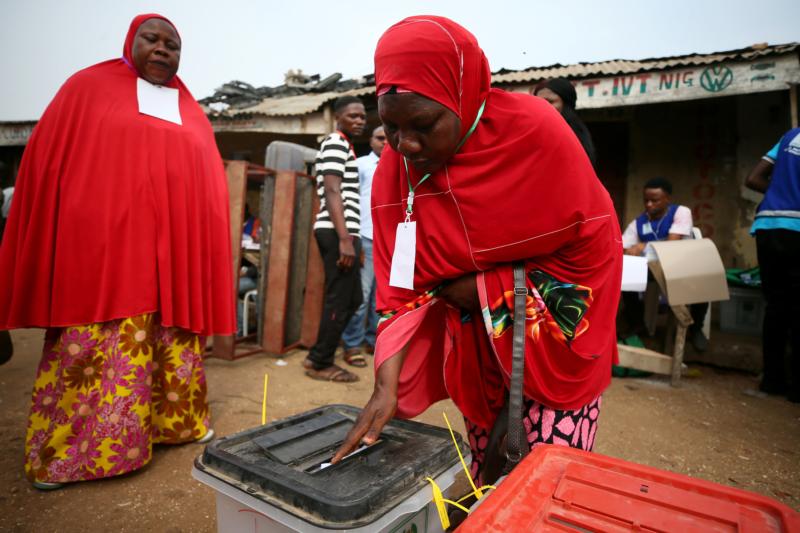 LAGOS, Nigeria (CNS) — Nigeria’s Catholic bishops denounced a resurgence in killings and destruction of property in parts of the country and urged government action to stop the carnage.

“We have received with deep sorrow the tragic news of the resurgence of further horrific killings in some parts of Kaduna state, Taraba, Benue, Kogi, Edo, Rivers, Zamfara, Adamawa and other states,” the bishops said in a statement after their March 10-16 meeting in the capital, Abuja.

The bishops urged Nigeria’s government to strengthen the electoral laws, noting systemic failings in recent elections. A presidential poll in February, in which Muhammadu Buhari won a second term, and March elections for local governors and state legislatures were marred by factional violence, organizational breakdowns, delays and low voter turnout.

“Elections should not be turned into a battle between warriors fighting to capture power and conquer territory and people at all cost,” said the statement, signed by Archbishop Augustine Akubeze of Benin City and Bishop Camillus Umoh of Ikot Ekpene, the conference president and secretary, respectively.

“Against the backdrop of the violence and bloodshed that characterized the last elections, we are pained that the culture of death is becoming embedded into our daily lives,” the bishops said. “This persistent devaluation of human life and property poses an existential threat to our personal survival and that of our nation.”

About 600 people died in election-related violence from the start of campaigning in November to the end of the presidential election.

During the election period, there was said to be “crude and reckless use of money to buy votes, showing how desperate politicians and political parties were,” the bishops said.

Voter apathy may have been linked to “the violence, malpractice and the unnecessary militarization of the process, all of which contributed to eroding the people’s confidence in the electoral process,” they said.

The bishops said they have “taken note of those who have been declared winners and commend the civility of those who rejected the results but have chosen to express their grievances through legitimate means under the law rather than through violence. Whatever the outcome, justice must be seen to have been done.”

“We urge the federal government to enact, endorse and implement laws and policies that will ensure free, fair and credible elections in the future,” they said.

Nigeria’s political leaders should focus on the common good and pay particular attention to the provision of basic amenities, the bishops said. Government at all levels in Nigeria should “put necessary structures of governance in place and enact appropriate laws” that give poor communities the opportunity to participate in their own development.

“We equally insist that the democratic culture of the separation of powers and the independence of the judiciary be respected,” they said.