Chaput: Testing of Christianity today not a defeat but a new awakening 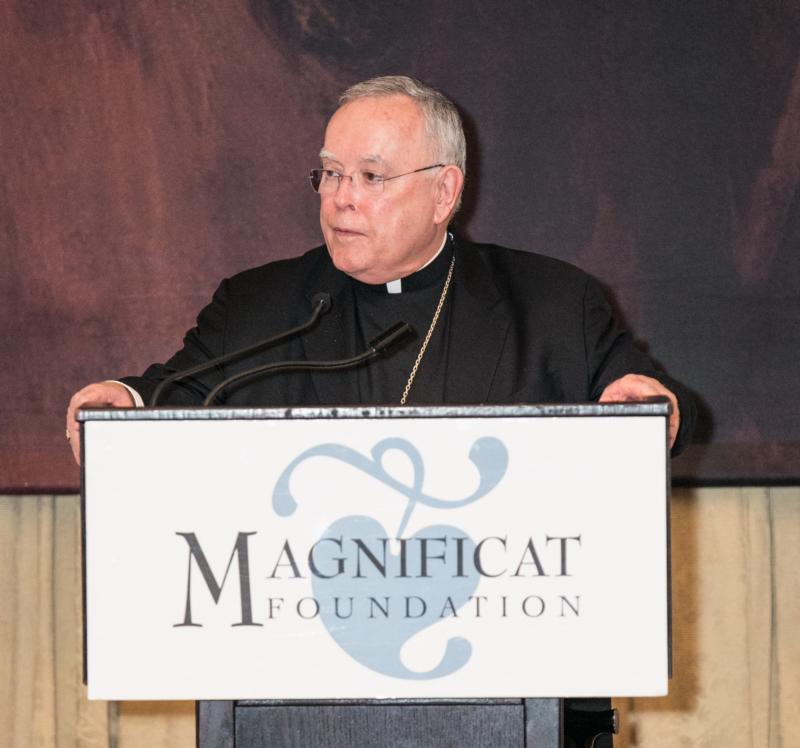 WASHINGTON (CNS) — For the past three centuries, Western societies have worked hard to “to construct a harmonious moral life through human reason alone, without God,” but “it doesn’t work,” Philadelphia Archbishop Charles J. Chaput told a New York audience April 27.

“It doesn’t work, because it can’t,” he said. “And the more we try, the more catastrophic the results, as the record of the 20th century clearly shows.”

“Christianity is despised because it’s true,” Archbishop Chaput said. “It’s hated because, despite its age, despite the many sins of its leaders, despite its teachings that can seem so incomprehensible to the world, it knows the human person more profoundly than the world knows itself.”

“Christianity speaks the truth, and the world does not,” he added in a talk titled “God and Man in an Age of Unbelief.” He delivered the Edward Cardinal Egan Lecture named for the late archbishop of New York, who headed the archdiocese from 2000 to 2009. A copy of his prepared text was provided to Catholic News Service.

The evening lecture was sponsored by Magnificat, a foundation and a weekly magazine, which has daily Mass texts and scriptural meditations. The foundation and magazine promote the “Magnificat way of life,” Mary’s unreserved “‘yes’ to God’s invitation to bring Jesus into the world.”

“For all our modern tools and cleverness, we’ve arrived at a point where human reason itself is the target of our cynicism,” Archbishop Chaput said. “Human nature is seen as raw material for the will; and the will is stuck inside the flawed instrument and inefficient piece of carbon we call the body.

“We double down on our refusal of limits. We will not accept the indignity of being creatures. We will not acknowledge a Creator, much less serve him. Our hatred of transcendence, and the obligations we owe to Someone or something greater than ourselves that it implies, grows in direct proportion to our failures to create perfection here and now.”

People today “want to be gods, and we’re not,” he continued. “We want to create ourselves and our world, and we can’t.”

Any evidence “or shred of memory suggesting a system of truth that exists outside ourselves, and to which we need to conform, is seen as a threat to our human sovereignty,” he said, even though “we can no longer really articulate why being human is unique or sacred.”

Archbishop Chaput added: “Sexuality freed from a higher meaning, freed from the tyranny of a ‘telos’ (purpose), was supposed to be a liberation for the body. Instead we have desecrations like transgenderism.”

With regard to the “age of unbelief,” Archbishop Chaput said there is really “no such thing” for two reasons. Behind the “veneer” on the part of the world that “styles itself as developed,'” the global population “remains very largely religious” and it’s growing, he said.

“Secondly, everyone is a believer,” he said. “Not everyone is religious, but even the most committed atheist believes in something” that helps them make sense of the world and build a life, he added. In the last century, “a parade of strong gods: of blood and soil nationalism, Marx and Lenin, fascism and now technology and scientism” provided that grounding “and the human carnage they caused.”

Technology and scientism “are America’s particular hearth gods,” he noted.

Another focus of his talk was Rembrandt’s painting of the face of Christ. He created seven of these paintings, the archbishop noted, adding that when the artist was working on them, the Thirty Years War — “one of the most destructive in history” — had just ended.

The world “seemed poisoned with hatred; a world not so different from our own,” Archbishop Chaput said. “His longing for the solace of a real encounter with God showed itself in his portraits of Christ, which in their immediacy, realism and beauty created a revolution in Christian art.”

“It’s the face of a God who loves us; the God who understands human suffering because he took on our flesh and blood himself; the God in whom our hearts can rest, and by whose stripes we are healed,” he said.

“It’s the face of God whom St. John Paul II described” in his first encyclical, “Redeemer of Man” in 1979, the archbishop said, “the God who worked with human hands, thought with a human mind, acted with a human will and loved with a human heart.”

“This is why Christians can hope: God is not simply real, but close to us here and now, and he knows our fears and our longings from the inside,” he said.

Archbishop Chaput said that we live in a time “when the church and her people are under great pressure,” as evidenced by the “terrible tragedy” of the Easter bombings in Sri Lanka, which he called only the latest bloodshed in a global pattern of anti-Christian violence that Western media tend to ignore.”

In the U.S., “a nation largely founded and built by people of faith, religion is now often attacked or derided or pushed to the margins,” he said. “The day when a social consensus made being Christian an easy choice is over. That’s unsettling.”

But this is a time of testing, not defeat, he said.

“It’s a moment of privilege,” Archbishop Chaput said. “We’re becoming awake again to the measure of God’s love, the price he paid for our redemption — and the happiness, the real happiness, his sacrifice makes possible for those who truly believe.”

PREVIOUS: Court upholds rule that House open each day it is in session with prayer

NEXT: Speakers address role of laity as church moves forward from abuse scandal