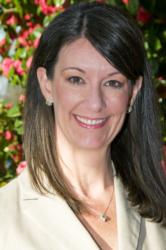 PORTLAND, Ore. (CNS) — Prisons should be places where punishment is the absence of freedom and community, but where “everything else models life on the outside to every degree possible” and prisoners are treated with dignity, according to the director of the Oregon Department of Corrections.

The faithful are “a key piece” in creating such a correctional system, said Colette Peters, who is a lifelong Catholic.

Peters will be one of several speakers at an April 13 prison ministry conference hosted by the Archdiocese of Portland at Mount Angel Abbey.

Linda Showman, of the archdiocesan Office of Prison Ministry, hopes to draw “registrants with big hearts and serious concern about the widespread causes and effects of crime, mass incarceration and Jesus’ mandate in Matthew 25 to visit the imprisoned.”

As a former victims advocate, Peters knows well the issues faced by both victims and the incarcerated.

“For every person in custody, there is at least one victim, and being victimized is a horrific thing,” Peters said. “It is easy for us to be afraid, especially if we watch the 5 o’clock news.”

Yet her faith and experience challenge the notion that people must respond in fear or without a sense of an inmate’s humanity or potential.

“We are so afraid that we label prisoners as monsters and demons,” said Peters. “Some in our care and custody, it will never be safe to have them in our community. But they are rare.”

While most “have done horrible things or they wouldn’t have landed in prison, I believe people can change, make different choices,” she said. “And I believe in forgiveness.”

Peters sees her career as a vocation, and her faith and work are interwoven. “For me that whole notion of taking people in for who they are and helping them from that place where they are at — that’s what Jesus did,” she told the Catholic Sentinel, newspaper of the Archdiocese of Portland.

In her job managing Oregon’s 14 prisons, Peters oversees the Department of Corrections’ 10-year plan, referred to as Destination 2026. She’ll address the plan at the Portland archdiocesan conference.

As part of Destination 2026’s aim to build a stronger correctional system, department officials have been studying Norwegian prisons — “the best in the world,” said Peters. Norway incarcerates far fewer people than the United States, and its recidivism rate is about half Oregon’s.

There are a number of ways to calculate recidivism, but looking at the number of convictions or incarcerations three years after release, Oregon’s recidivism rate is between 30 and 40 percent, lower than the national average.

Last fall, Peters sent a group of seven correction officers to observe the Norwegian system firsthand. Officers now are working to implement what they learned.

Prisons in Norway are “grounded in normalization and humanization,” Peters explained.

“They believe that you send people to prison as punishment, not for punishment,” she said. The “normalization” means “the absence of freedom and of community — that is the punishment, period,” with life inside the prison walls otherwise modeling life outside.

The “humanization” refers to “interacting in a normal human way” with those who are incarcerated, said Peters. It’s the belief that “people are not defined by their crime.”

Norwegians, she said, see their correctional system as “helping to create good neighbors, because most people are coming back out into their communities.”

Catholics can play a role in creating such a system. Peters hires chaplains, “but we couldn’t provide the religious foundation and ceremonial opportunities to those in our care and custody without the volunteers” from outside faith communities, she said.

There is a ways to go when it comes to offering a full Catholic faith life inside prison.

Peters, though, is heartened by the Archdiocese of Portland’s focus on prison ministry. Expansion of the ministry is one of the archdiocese’s pastoral priorities.

She added that faith ministry not only helps those in her charge but improves the well-being of staff. The stress of the job takes a toll: Life expectancy for a corrections officer is 58 years, according to Peters. For the average American, it’s 78.

Peters feels hopeful about the future. She pointed to the First Step Act, which reforms parts of the federal criminal justice system. It passed with overwhelming support from Republicans and Democrats, and President Donald Trump signed it into law last December. Pope Francis, she said, humanizes prisoners; he’s washed their feet and celebrated Mass in prison. In Oregon, Gov. Kate Brown “is learning about and supporting what we do,” and there’s Archbishop Sample’s commitment to prison ministry.

“We now have the research that shows how to do this work,” said Peters. “I think that the country is ready to change its thinking about criminal justice.”

NEXT: ‘Our nation is better’ than to allow infanticide, pro-life chairman says