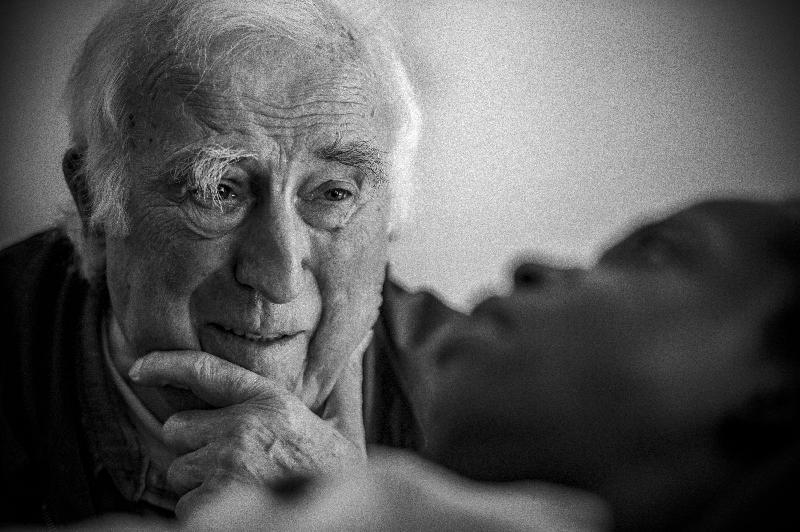 Jean Vanier, founder of the L’Arche communities, appears in the documentary “Summer in the Forest.” Vanier, a Canadian religious figure whose charity work helped improve conditions for the developmentally disabled in multiple countries over the past half century, died May 7 at age 90. (CNS photo/Abramorama).

TORONTO (CNS) — Jean Vanier, 90, founder of L’Arche communities and co-founder of Faith and Light, died May 7. Vanier had been suffering from cancer and was assisted at a L’Arche facility in Paris.

Vanier was the author of some 30 books, a member of the Order of Canada, winner of the Templeton Prize and member of France’s Legion of Honor, but he was perhaps best known as a kind of village elder to the world.

Vanier permanently changed the fate of intellectually disabled people everywhere by demonstrating how the care of a community could open lives to meaning, joy, hope and trust — not just the lives of the disabled, but the lives also of those who live with them and care for them.

“Jean Vanier’s legacy lives on. His life and work changed the world for the better and touched the lives of more people than we will ever know,” L’Arche Canada spokesperson John Guido said in a prepared statement.

Over the past year, Vanier gradually entered into the sort of frailty and weakness natural to his age, before entering palliative care in France in April.

In a visit to Chicago in 2006 to accept the Catholic Theological Union’s Blessed are the Peacemakers Award, Vanier said he had noticed that people who have mental disabilities often have great faith, but they never speak of “Christ” or “the Lord.”

“Our danger is to see what is broken in a person, what is negative, and not to see the person,” said Vanier. “It’s not just a question of believing in God, but of believing in human beings, believing in ourselves, and seeing people as God sees them.”

That means not relating to them from a sense of power, even if that power comes from generosity.

“Generosity is something that is good,” Vanier said. “When we have more wealth, resources and time, we want to succor those in need, and that’s good. But behind generosity is a notion of power. Generosity must flow into an encounter. We must meet people. It’s not a question of doing for, but of listening to their stories.”

The son of George Vanier, former governor general of Canada, and Pauline Archer, whose cause for sainthood as a couple remains active, Vanier was educated at boarding schools in England, France and Canada. Though his father disapproved, Vanier entered the Royal Navy at Dartmouth Naval College in England in 1942 and became an officer serving on various warships from 1945 to 1950. In 1949, the young officer transferred to the Royal Canadian Navy.

Along with his military career, Vanier nurtured a deepening and very traditional Catholic faith — spending long hours at prayer on the deck of ships as he kept watch. By 1950, he felt he needed something more than his naval career could give him. He resigned his commission and began theological and philosophical studies, leading to his Ph.D. in philosophy from Paris’ Institut Catholique in 1962.

From Paris, he moved on to teaching philosophy at St. Michael’s College in the University of Toronto. But his academic career was still not satisfying his hunger for meaning. In the ferment of the Second Vatican Council, Vanier began to explore religious life guided by Dominican Father Thomas Philippe.

It was Father Philippe who urged Vanier to visit psychiatric hospitals in northern France. There he met institutionalized men with intellectual disabilities who were brutalized and neglected.

One of these men asked Vanier, “Will you be my friend?” From that moment, the international L’Arche movement of communities dedicated to people with intellectual disabilities began. With Raphael Simi and Philippe Seux, two formerly institutionalized men, Vanier established the first L’Arche (“The Ark”) community in an unheated, tumbledown stone house at Trosly-Breuil, north of Paris, in 1964.

Speaking to The Catholic Register last year, Vanier seemed still surprised that this precarious experiment had grown to 147 communities operating in 35 countries for the benefit of approximately 10,000 core members — the intellectually disabled people who form the core of every L’Arche community are called “core members.”

“I began in a rather dilapidated house. I didn’t realize it was something rather new,” Vanier said in an April 2018 interview. “What I really see is the hand of God. Doors started opening. Money started coming. It was just the hand of God, as if somewhere the pain of God was somewhere that the littlest people, the weakest people were being rejected.”

L’Arche’s embrace of multiculturalism and interfaith communities began in Canada, particularly under the guidance of Father Henri Nouwen, the Dutch-born theologian who lived several years at L’Arche Daybreak in Ontario.

Over the years, Vanier was transformed by his own movement. From the tall, reserved, conservative and serious Catholic and former naval officer, he became the grandfatherly, twinkle-eyed friend of people who could never read his books and cared nothing about all his academic accomplishments.

“Living with people with disabilities is so simple. You have fun together,” he told The Catholic Register. “They’re not intellectual people. They’re not people who are going to have big discussions about finance, politics, philosophy. They like to have fun.”

NEXT: Mexican bishops call for migrant assistance at their southern border