Mexican bishops call for migrant assistance at their southern border 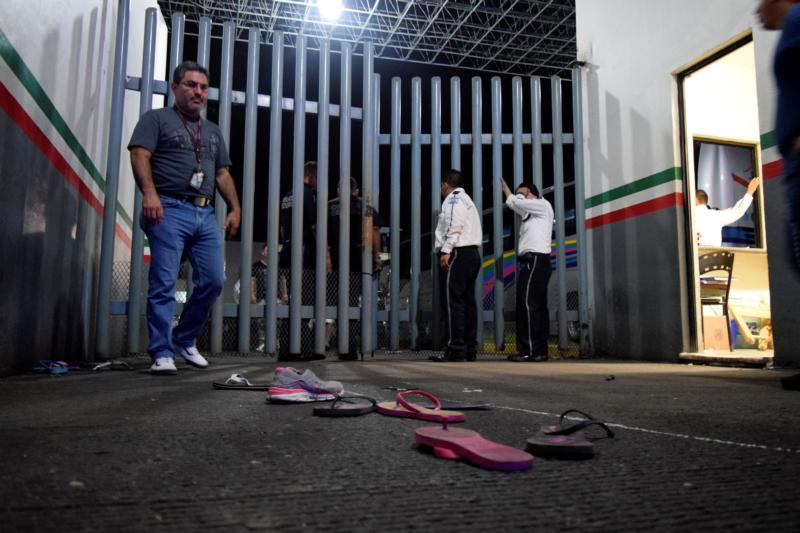 MEXICO CITY (CNS) — The Mexican bishops’ conference has appealed for assistance for thousands of migrants stuck in Chiapas state as Mexican officials step up enforcement and stop issuing travel documents.

In a May 7 statement, the conference said it had asked the national chapter of Caritas to organize the assistance available in the country and channel it toward the city of Tapachula near the border with Guatemala, where migrants arriving from as far away as Cuba, Haiti and African countries have been stranded.

“We are concerned about the situation on the southern border, specifically what is being experienced in the city of Tapachula, Chiapas. The immense number of migrants … has exceeded the assistance of the church and actions of the government,” the statement said.

It noted the Mexican immigration detention centers in Tapachula — scene of a mass escape in late April — “are saturated, which do not allow for humanitarian attention.” Migrants, who used to seek and receive documents allowing them free transit through Mexico, “roam the city seeking help.”

The bishops continued: “At the door to the southern border, there are thousands of our brothers, persons who have gone days without eating and sleep in the streets. There are children, elderly people, ill people and some pregnant women close to going into labor.”

The statement reflects what the bishops call “a humanitarian crisis,” which comes as Mexico abruptly changes immigration policy and attempts to impede the progress of migrants, who often arrive wishing to seek economic opportunities in northern Mexico or want to apply for asylum in the United States.

Mexico had implemented a policy earlier this year of protecting the human rights of migrants and providing humanitarian visas to those arriving at the southern border. But Mexico backtracked on its policy as thousands of migrants arrived in the country and U.S. President Donald Trump accused Mexico of “doing nothing” to stop it.

Churches in the Diocese of Tapachula have pitched in to help migrants, but priests say the frequency with which caravans arrived and rumors, often spread on social media, have dampened enthusiasm for helping.

On April 27, Pope Francis announced a donation of $500,000 to the Mexican bishops’ conference to fund 27 projects in 16 dioceses and religious congregations.

NEXT: Pope Francis called Jean Vanier to thank him before his death