After a gripping debut, ‘When They See Us’ closes viewers’ eyes 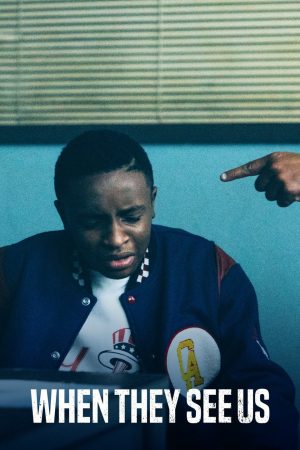 The series focuses on the five teenagers of color were wrongly convicted of raping a female jogger in Central Park in 1989.

NEW YORK (CNS) — Highly anticipated but hugely disappointing, the four-part, four-and-a-half-hour limited series “When They See Us” is currently streaming on Netflix. The first three episodes each run an hour, with the finale running 90 minutes.

Robert De Niro and Oprah Winfrey are among the executive producers of the series, as is acclaimed African-American director Ava DuVernay (“Selma”), who helmed and co-wrote the program. The series recalls one of the more notorious and still controversial cases in the recent history of American jurisprudence: the 1989 Central Park jogger rape and assault.

On the evening of April 19 that year, 28-year-old Salomon Brothers investment banker Tricia Meili (Alexandra Templer) went for a run in the park. She was brutally raped and beaten and left to die.

Scores of African American and Latino teenagers from Harlem also were in the park that night. They were seen harassing and attacking white bike riders, and their behavior was later described as “wilding.”

When Linda Fairstein (Felicity Huffman), the head of the sex crimes division of the Manhattan district attorney’s office, arrives at the crime scene, she initially determines one man assailed the runner. The prosecutor changes her tune, however, when she learns that the young men who were wilding were in the park at roughly the same time as Meili.

Convinced these “animals” had something to do with the crime, Fairstein orders detectives to interrogate the adolescent boys — who were going to be released to family court — in order to connect them to the felony.

The first two episodes concentrate on the investigation, arrest and trials of the quintet while concluding installments illustrate their struggles to cope after being convicted.

Without any physical evidence to link the youths to the crime, the state largely relied on their videotaped confessions which — as portrayed here — were riddled with inconsistencies, contradictions and falsehoods. The show makes it plain, moreover, that these juvenile admissions were coerced by deceptive and violent detectives without any concern for the rights of the accused.

The nature of their supposed crimes made the boys, who were convicted in separate 1990 trials, prison pariahs. Mentally challenged and ill-suited to life behind bars, Wise suffered more than the others. His refusal to confess to the crime disqualified him from being paroled, and his vulnerability subjected him to multiple beatings by fellow inmates and prison guards.

Though somewhat justified by the context of the story it tells, the graphic violence on display in “When They See Us” occasionally seems excessive. The show’s script also is peppered with strong off-color language — including, unsurprisingly, some racial slurs.

Depictions of mild sensuality and mature themes, including narcotics trafficking and transgenderism, are among the other factors that suggest an adult audience.

Viewers should bear in mind that the series reflects DuVernay’s version of contested events. As was the case with “Selma,” critics will likely fault the director for inaccuracies in the plot. Police and prosecutors also may push back against the depiction of their behavior.

After a gripping opening episode, “When They See Us” falters, moreover, losing its hold on viewers, perhaps even alienating some of them. Though they may be sympathetic to the plight of the main characters as they return to society, viewers will grow weary of their internecine quarrels.

Overall, what might have been a story of redemption and vindication winds up being a slow slog through a great deal of misery.

NEXT: Agents are back in black with ‘MIB: International’