Not the man they thought he was at home 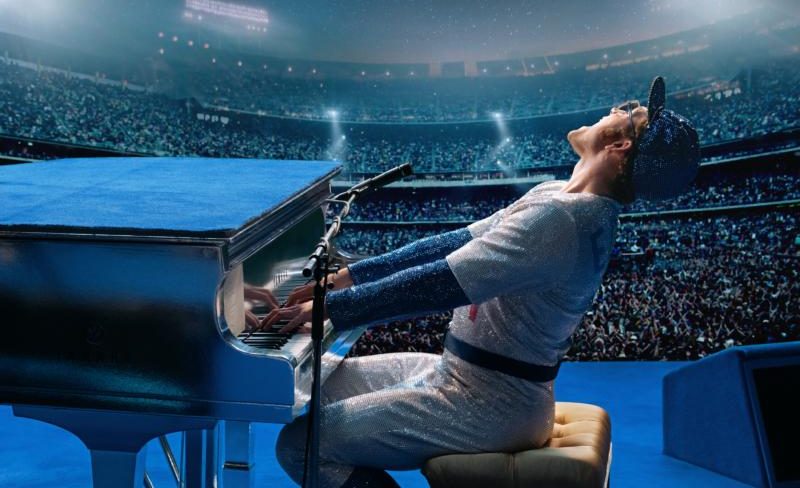 Taron Egerton stars in a scene from the movie “Rocketman.” (CNS photo/Paramount)

NEW YORK (CNS) — The musical fantasy “Rocketman” (Paramount), which recounts the early life of rock star Elton John, is a polished and generally appealing film. But it deals with its subject’s homosexuality in a way that puts it at odds with scriptural values.

Upbeat renditions of many of John’s familiar hits give director Dexter Fletcher’s profile, scripted by Lee Hall, something of the feel of old Hollywood. Other scenes, by contrast, are all-too-contemporary in their portrayal — and celebration — of the singer-songwriter’s lifestyle.

Taron Egerton is compelling as the adult version of the protagonist, who reflects on his past during an Alcoholics Anonymous meeting into which he intrudes while still dressed in one of the outlandish costumes which were once his trademark. His ruminations begin with his unhappy childhood.

Born to self-centered, perpetually quarreling parents Sheila (Bryce Dallas Howard) and Stanley (Steven Mackintosh), young Reginald Dwight (Matthew Illesley, later Kit Connor) finds his sad plight relieved only by the kindness of his grandmother, Ivy (Gemma Jones), and his gift as a musical prodigy. Desperate to escape his drab surroundings, he takes advantage of a chance to study at the Royal Academy of Music.

Subsequently discovering the joys of rock-and-roll, he partners with lyricist — and lifelong friend — Bernie Taupin (Jamie Bell) and adopts his stage name. Fame follows relatively quickly, partly as a result of his smash debut at a Los Angeles nightclub, the Troubadour.

A postscript informs the audience that John has been sober for nearly 30 years and that his foundation has raised hundreds of millions of dollars for AIDS victims. Viewers of faith will be less comfortable with the other aspect of this update which describes his long-term bond with — and civil marriage to — Reid’s apparently more congenial replacement.

NEXT: Good dogs fetch family fun in ‘The Secret Life of Pets 2’