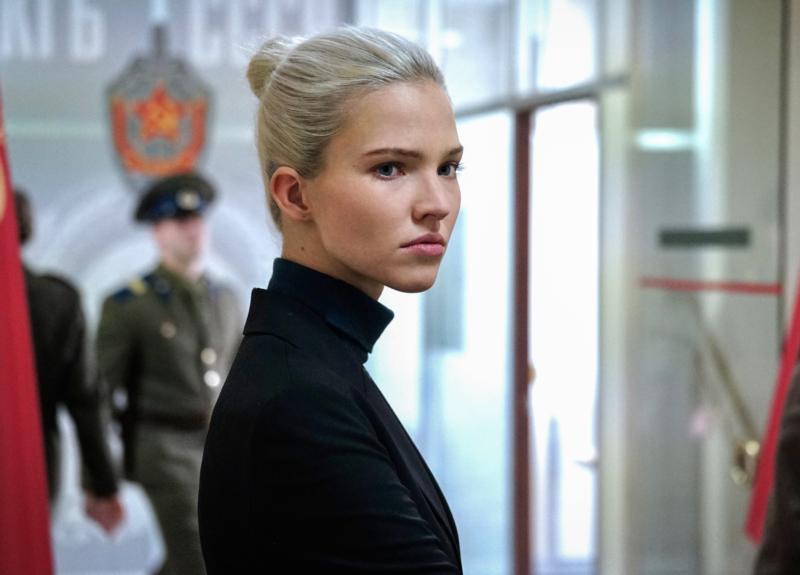 Sasha Luss stars in a scene from the movie “Anna.” (CNS photo/Lionsgate)

NEW YORK (CNS) — In Latin and Greek, the name Anna means “full of grace.” In the violent thriller “Anna” (Summit), the eponymous leading lady is anything but.

Rather, Anna (Sacha Luss) is a comely assassin for the Russian KGB, as easy on the eyes as she is handy with a knife and gun. Director Luc Besson (“Nikita,” “Lucy”), who also wrote the screenplay, has crafted a stylish game of cat and mouse that will keep viewers guessing as often as Anna changes sides and works for the enemy.

Though clever and highly entertaining, the film is strictly for discerning adult viewers, given its extreme violence, sexual content and offensive language.

In 1985, Anna is down and out in Moscow, living in a dingy flat with her loser boyfriend Piotr (Alexander Petrov). Anna is thrown an unlikely lifeline by Alex (Luke Evans), a KGB agent who recruits her for the spy service (after killing Piotr, of course). Anna has been on the agency’s radar as her late father was in the business and she had a brief stint in a military academy.

Turns out Anna is a natural, winning the admiration of her crusty boss Olga (a marvelous Helen Mirren, chewing up the scenery with gusto).

“You’re a blank key,” Olga tells Anna. “You have the potential to open many doors.”

Indeed she does. Fast-forward five years, and Anna is working undercover as a high-fashion model in Paris. When she’s not having sex with Alex back home, she’s having sex with her model roommate, Maud (Vera Abova). She’s also knocking people off left and right with ease, never seeming to muss up her platinum blond mane.

Enter CIA chief Lenny (Cillian Murphy), who intercepts Anna in the middle of one of her kills. He makes an enticing offer: turn double agent and work for America, and in a year, win her freedom. Anna, increasingly disenchanted by her secret life, agrees. Pretty soon she’s having sex with Lenny, too.

Needless to say, Anna has a lot more up her sleeve than a Beretta pistol. The film barrels along with more twists and turns than a roller coaster, and if viewers can stomach the offensive elements, they’ll keep guessing until the very end.

NEXT: Sadistic killer doll on a rampage — this is supposed to be comedy?