Bishop Blaire dies; recalled for living by a simple code — ‘to serve’ 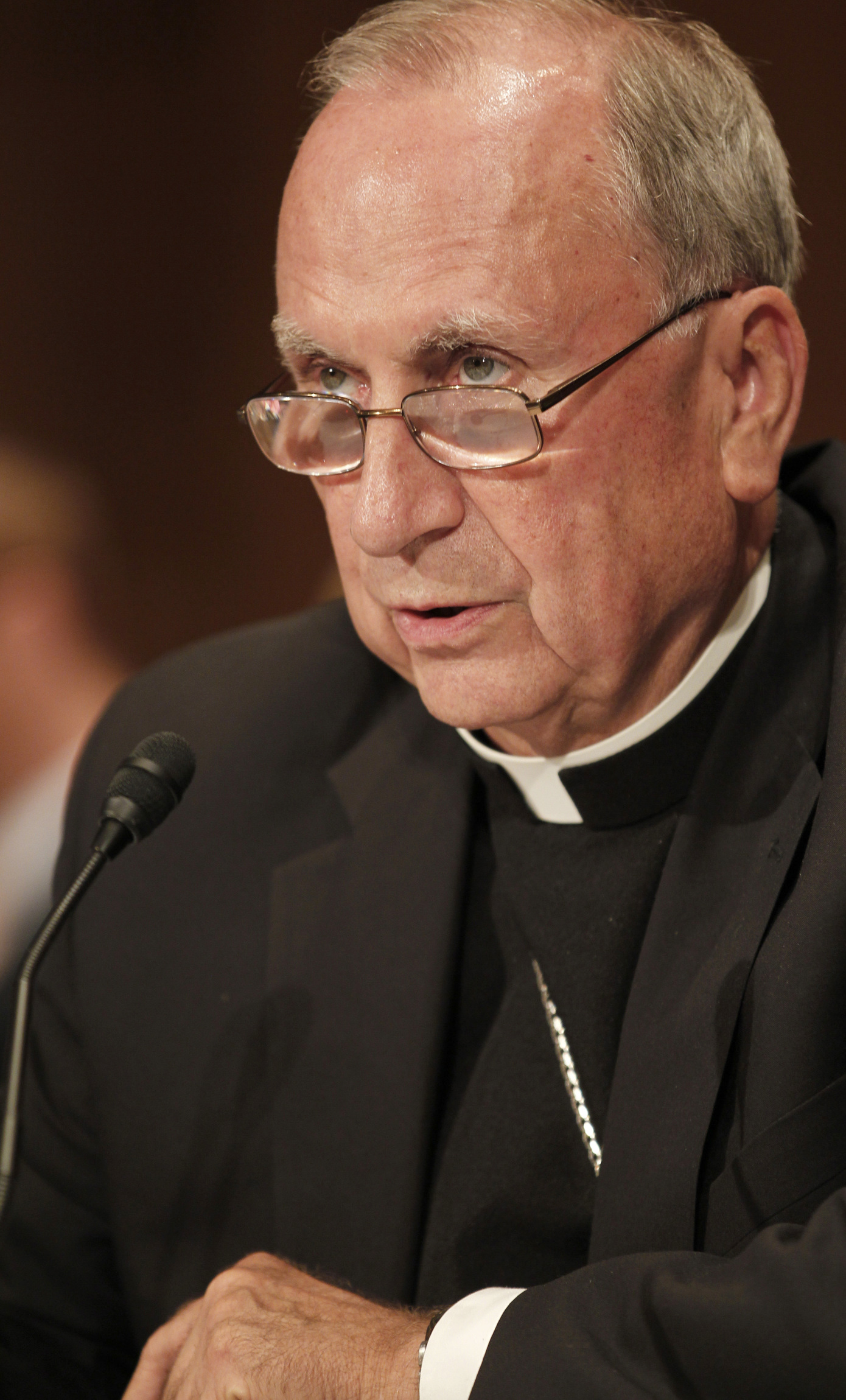 MODESTO, Calif. (CNS) — Retired Bishop Stephen E. Blaire of Stockton died June 18 after a prolonged illness. He died at his retirement residence at Our Lady of Fatima Parish in Modesto. He was 77.

The much beloved bishop was recalled by many both in California and across the country as a churchman who lived by a simple code: “We are here to serve, and to do it with a touch of class.

When he was installed as Stockton’s fifth bishop Jan. 19, 1999, he told the standing-room-only congregation, “Jesus said, ‘Remain in my love.’ These words, which were spoken by Jesus to his disciples, are spoken to each and every one of us.”

He said Jesus’ words express “the most central and profound truth of our faith. That we are loved by God, and we are called to love one another as God has loved us.”

On the national level, Bishop Blaire served as the chairman of the U.S. Conference of Catholic Bishops’ Committee on Pastoral Practices and has been a member of the Committee for Ecumenical and Interreligious Affairs. In 2009, he was elected to a term as chairman of the USCCB Committee on Domestic Justice, Peace and Human Development.

In 2009, Bishop Blaire was one of the first bishops to sign the St. Francis Pledge to Care for Creation, sponsored by the Catholic Coalition on Climate Change. The pledge offers a series of steps that people can follow to reduce their impact on the environment.

Bishop Blaire also was a former president of the California Catholic Conference, the public policy arm of the state’s Catholic bishops.

In 2007 in an address about the work of the conference, he said the state’s Catholic bishops “as pastors” meet with the conference staff “as experts” twice a year to “discern prudential ways to bring the Gospel to bear on legislative, judicial or executive matters.”

“We are careful to select only those issues which have a significant moral component or affect the life of the church and her ability to freely minister to our people and in the community,” he said.

High on the California Catholic Conference radar were a host of issues, he said, including efforts to have conscience clauses removed from reproductive health legislation which would force Catholic hospitals or individuals to take part in abortions or other procedures in opposition to church teaching.

The address he delivered was during a conference on St. Paul VI’s 1967 encyclical “Populorum Progressio.” The work of the conference, he said, resonated with the pope’s well-known document.

“Listen to the opening words of the encyclical,” Bishop Blaire said, then quoted them: “The development of peoples has the church’s close attention, particularly the development of those peoples who are striving to escape from hunger, misery, endemic diseases and ignorance; of those … looking for a wider share in the benefits of civilization and a more active improvement of their human qualities.”

NEXT: Catholic filmmaker aims to bring reality of sex trafficking to light