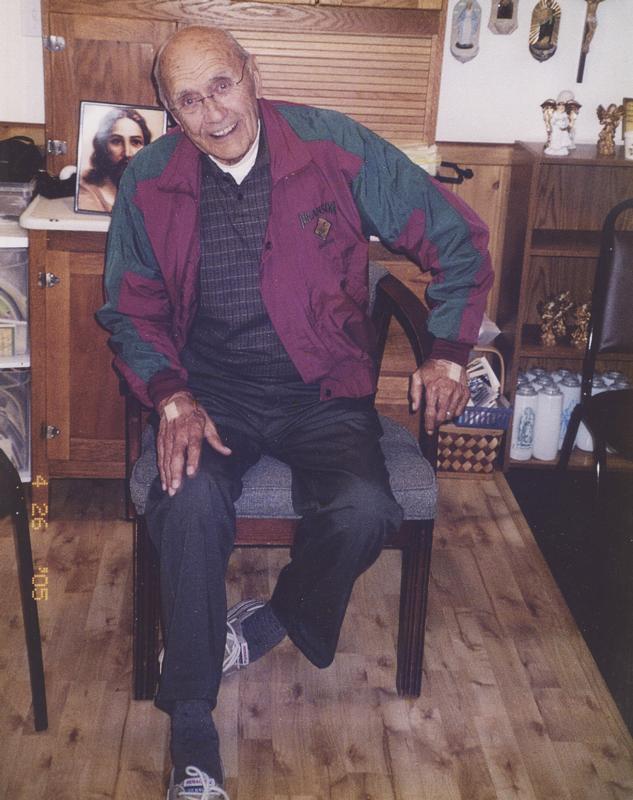 Irving “Francis” C. Houle is pictured in this undated photo. During their spring assembly in Baltimore, the U.S. bishops in a June 12 voice vote indicated their support for Houle’s sainthood cause to advance in the Diocese of Marquette, Mich., his home diocese. (CNS photo/courtesy Irving Houle Association)

BALTIMORE (CNS) — The U.S. bishops, after being consulted about the sainthood cause of a man who, except for service in World War II, spent his life in Michigan’s Upper Peninsula, gave vocal assent June 12 for the Diocese of Marquette to continue to pursue the cause.

Hearing no nays in the voice vote, Cardinal Daniel N. DiNardo of Galveston-Houston declared the vote on the cause of Irving “Francis” C. Houle to be unanimous.

The current bishop of Marquette, John F. Doerfler, said he had talked to Houle’s widow about her husband. And the former bishop of the diocese — Archbishop Alexander K. Sample of Portland, Oregon — had met Houle as a clergyman in northernmost Michigan.

Archbishop Sample said Houle came into the rectory of a church where a confirmation ceremony had just concluded. “At first, I didn’t know who he was,” the archbishop recalled. But as the conversation continued, Archbishop Sample said he might have gotten a whiff of “the odor of sanctity … I could definitely smell a rose.”

Then, he added, “I was glancing at his hands,” and at this point Archbishop Sample, while recalling the encounter to his fellow bishops, was rubbing his hands as if he were lathering them with soap. “Then I saw the bandages on his hands, and I knew who he was.”

Houle was said to receive the stigmata 16 years before he died in 2009, but well before that “many extraordinary physical and spiritual healings” were attributed to him, according to a biography of Houle (pronounced “hool”) posted on the website of the Irving “Francis” Houle Association for the Cause of Sainthood.

“When I first spoke to Irving’s wife and asked about her husband, her first words to me, were, ‘He was a wonderful husband and father,'” Bishop Doerfler said. “His pastor described him as ‘the guy next door, and a holy man.’ These brief descriptions highlight the importance and the relevance of the (sainthood) cause.”

Bishop Doerfler added, “Do we not need such illustrations of how one can lead a life of holiness in daily life?”

Houle was born in Wilson, Michigan, in 1925. Thrown from a galloping horse at age 6, his injuries — which included broken ribs and a punctured lung — were reported by a local newspaper as “believed to be fatal.” But with sisters at a Franciscan convent praying for him — his aunt was one of the nuns — and after seeing a “beautiful man in a white bathrobe” at the foot of his bed one night, young Irving no longer struggled to breathe.

Houle went to daily Mass as a teenager and “it was not uncommon for him to be moved to tears at the consecration,” the biography said. He had one sister and five brothers; as adults, Houle and his brothers, were fourth-degree Knights of Columbus, like their father. All were “devoted to Catholic life and to their families.”

He married his wife, Gail, in 1948, and they had five children. They lived in Escanaba, the Upper Peninsula’s third-largest city at 12,000, less than 20 miles from his childhood home. “His family knew him as a devoutly religious, loving, caring person who was fun to be around. Irving was known to be a teaser and a prankster,” the biography said, adding, “He was also known to have his feelings hurt easily, and at times he had a temper.” 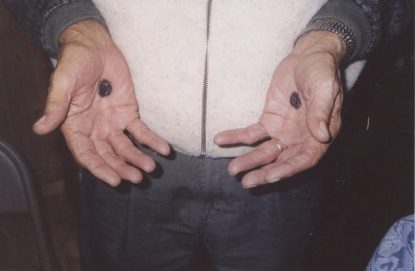 At one job, Houle kept pictures of the Sacred Heart and Immaculate Heart on his desk. “Once a comment was made about the religious pictures,” the biography noted, and Houle replied, “If they go, I go.” He was also known to go to church to pray the stations of the cross every day after work, no matter how late he worked. Houle received the stigmata on Good Friday 1993. “He suffered the Passion every night between midnight and 3 a.m. for the rest of his earthly life. He understood that these particular hours of the day were times of great sins of the flesh,” the biography said.

After retiring, Houle talked to “tens of thousands” of people, it added. “He was most happy to learn of people returning to confession after 20, 30 or 40 years, and receiving Jesus in the Eucharist.”

At speaking engagements at churches or elsewhere, “there were many extraordinary physical and spiritual healings, and he always made it crystal clear that these things came from God,” the biography said. “He would simply say, ‘I don’t heal anybody,” and ‘Jesus is the one who heals.'”

Deacon Mike LeBeau of the Houle Association, in an email to Catholic News Service, said a Marquette diocesan priest gave Houle the nickname Francis “to protect Irving and his family from being exploited by people.”

Houle’s cause was forwarded by the bishops’ Committee on Canonical Affairs and Church Governance at the request of Bishop Doerfler.

The bishops, meeting June 11-13 in Baltimore, have been consulted at a growing number of their general meetings about the lives of holy men and women being proposed for sainthood. The question posed for each one: “Does the body of bishops consider it advisable to continue to advance on the local level the cause for canonization of the Servant of God?”

Such a question needs to be answered in the affirmative by a majority of the bishops present and voting.