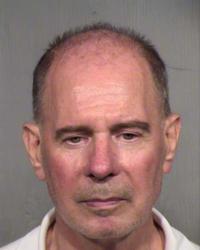 PHOENIX (CNS) — Joseph J. Henn, a former Salvatorian priest, was brought back to Arizona by U.S. marshals after his arrest in Rome by Italian police May 28 and was formally arraigned June 14 on 13 charges of child sexual molestation in Maricopa County Superior Court in Phoenix.

In Arizona, Maricopa County Attorney Bill Montgomery said in a statement that “neither position nor title will shield someone who harms children from accountability.”

In 2003, Arizona’s Maricopa County indicted him on 13 counts related to child molestation. He fled to Italy, where he was arrested in 2005. That country’s highest court confirmed his extradition to the United States to stand trial, but he disappeared before he could be extradited. Henn was expelled from his order and removed from the priesthood in 2006.

In late May, Michele Gentiloni, Henn’s attorney, said his client was taken into custody after trying to use his expired U.S. passport as identification to pick up some medicine he needed. A spokesman for the Carabinieri, the Italian police force that apprehended Henn, disputed that version of events, claiming instead that the priest had requested assistance at a city-run immigrant assistance center using a false name.

In a May 31 statement about Henn’s arrest, the Diocese of Phoenix said it was pleased he had been apprehended. The diocese also said it supported the efforts of the Maricopa County Attorney’s Office to extradite Henn and return him to the United States “to face the criminal charges against him.”

Henn was assigned by the Salvatorian order to serve at St. Mark Parish in Phoenix from 1978 to 1982. He was indicted on sexual abuse charges in 2003 Henn is identified on the diocesan website as a priest who has been removed from ministry due to sexual misconduct with a minor.

“The Diocese of Phoenix is committed to providing a safe environment where it values and honors every individual as created in the image and likeness of God,” the statement said. “Great efforts have been made to put systems into place to keep our young people safe, and we will continue to work in close cooperation with law enforcement to uphold the principles of accountability and justice.”