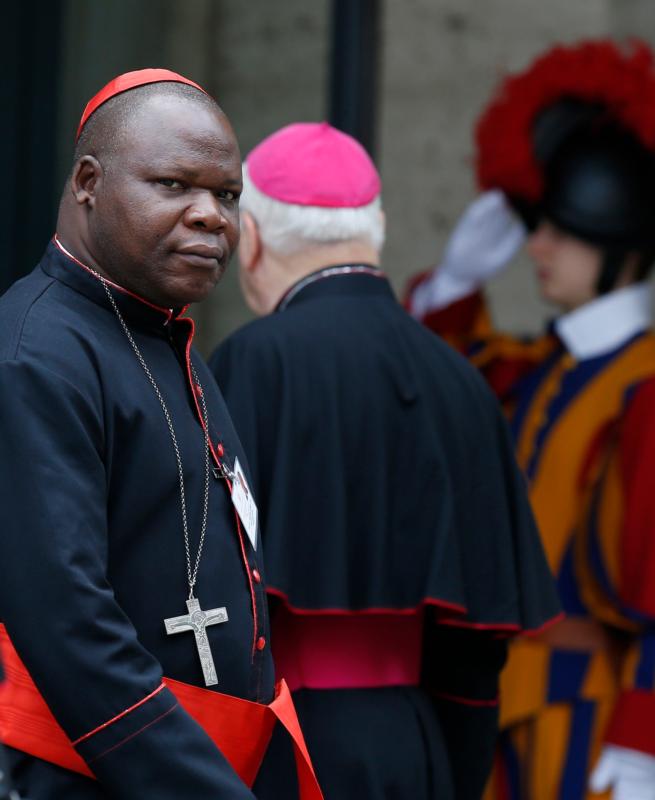 “Every political regime seems to be linked to some militia — how can such violence-prone movements be left to organize and plan?” asked the Central African Republic bishops’ conference.

“The people are tired of the hypocrisy characterizing the signature of accords, which are violated as soon as they are signed. We demand the unconditional restoration of the state’s authority throughout Central African territory.”

In a June 24 message, after a weeklong plenary in Bossangoa, the bishops said the “Movement of Sharks,” set up by hardline backers of President Faustin-Archange Touadera to fight opposition groups, had threatened June 20 to turn areas of the capital, Bangui, into “a bloody operation theater,” demonstrating how hopes for peace and reconciliation were being “sacrificed on the altar of egotistic interests.”

They added that the occupation of fertile land by foreign mercenary groups had brought “grave risks of famine,” while thousands of refugees and displaced people were unable to return because their homes were illegally occupied.

“It is the task of government to make sure our frontiers are guarded and our territorial integrity preserved,” said the message, co-signed by Bangui Cardinal Dieudonne Nzapalainga and the bishops’ conference president, Bishop Nestor-Desire Nongo-Aziagbia of Bossangoa.

“The injustices and sufferings still being inflicted by these executioners risk diverting us from God’s path into a spiral of vengeance and cycle of violence,” the bishops said.

The Catholic Church’s nine dioceses make up a third of the 4.5 million inhabitants of the Central African Republic, one of the world’s poorest countries, which has been wracked by militia violence since 2013.

In February, church leaders expressed skepticism toward a peace accord, signed after talks in Khartoum, Sudan, and urged the international community to give stronger backing to the country’s legitimate armed forces.

Agence France-Presse said June 24 up to 70 violations of the accord had been reported each week by Mankeur Ndiaye, head of MINUSCA, a 13,400-strong U.N. stabilization mission.

The bishops welcomed efforts by government forces to ensure security in troubled areas but said some soldiers had engaged in “acts unworthy of the regular army.”

They added that defenseless civilians had been massacred in seven separate districts; Sister Ines Nieves Sancho, a 77-year-old French-Spanish nun from the Daughters of Jesus, was killed May 20 in the southwestern village of Nola.

The bishops’ conference said the Khartoum accord could still prove “concrete and effective” if all national forces worked together, and if foreign governments helped ensure efforts to implement it were not reduced to “simplistic verbal engagements.”

PREVIOUS: Many Zambians ‘have nothing to eat,’ so bishops raise money

NEXT: Indifference, apathy at heart of hunger crisis, pope says