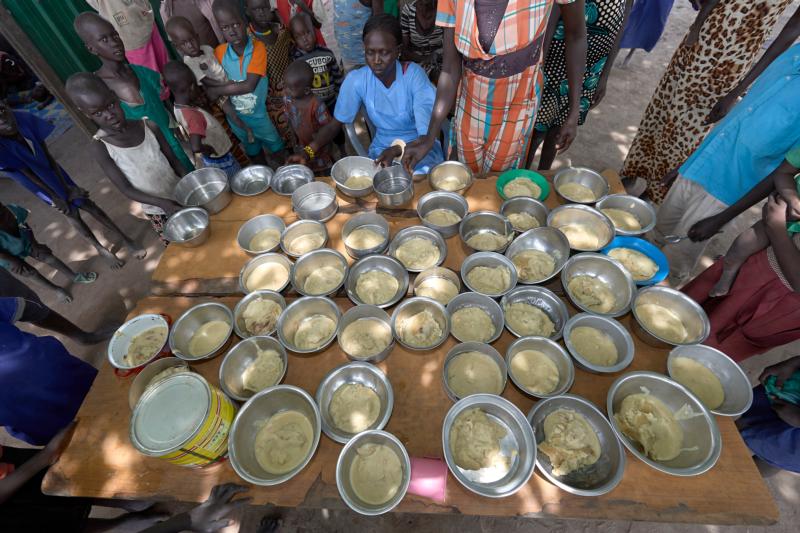 VATICAN CITY (CNS) — If the world is to succeed in eradicating the scourge of hunger, it must first fight against the indifference, apathy and broken promises that allow the crisis to continue, Pope Francis said.

Addressing participants in the 41st session of the U.N. Food and Agriculture Organization conference June 27, the pope said that despite the progress that has been made to alleviate hunger and food insecurity, “the goal of zero hunger worldwide remains a great challenge.”

“The origin of this tragedy lies above all in a failure of compassion, the lack of interest on the part of many and a scant social and political will to honor international obligations,” he said.

While the lack of food and safe drinking water may seem like a problem exclusive to “the most poor and vulnerable countries,” he said, it is an issue that concerns everyone.

Humanity, he added, is called “to hear their desperate cry and to find ways of enabling them to remain alive and see their most basic rights respected.”

Among the ways to achieve this is to reduce the waste of food and water by raising “awareness of the problem and a greater sense of social responsibility,” especially with young people who “will then pass on this witness to those yet to come.”

He also said that “there is an evident link between environmental instability, food insecurity and migratory movements” and called for agricultural developments in vulnerable regions to strengthen “the resilience and sustainability of the land.”

“The increased numbers of refugees throughout the world in recent years has shown us that one country’s problem is a problem of the entire human family,” the pope said.

Pope Francis highlighted the importance of organizations like the FAO which, along with the support of governments, businesses and civil society, can coordinate and take decisive action so that everyone, especially in poor countries, can access basic goods.

“Joint efforts by all will realize the goals and commitments already undertaken, through programs and policies capable of helping local populations to grow in a sense of responsibility for their countries, communities and, ultimately, their own lives,” the pope said.

PREVIOUS: Bishops in Central African Republic warn of cycle of violence from gangs