Many Zambians ‘have nothing to eat,’ so bishops raise money 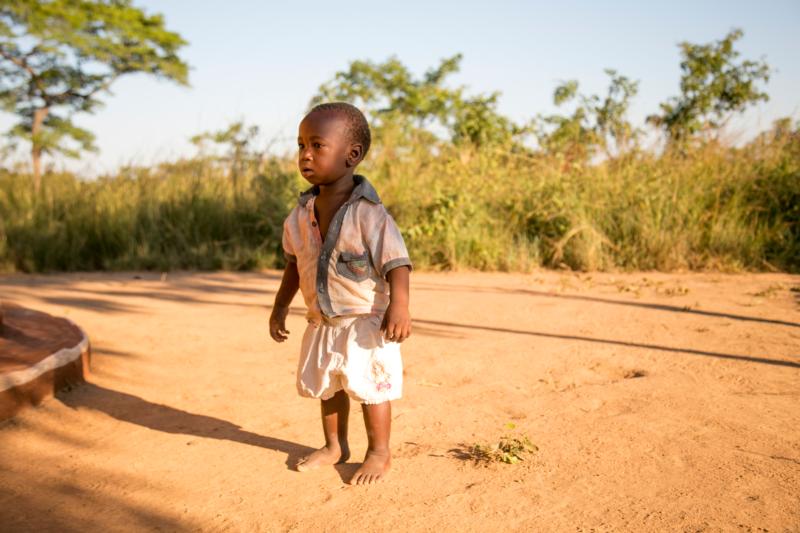 A Zambian child stands outside his home in the village of Ndombi. Zambia’s bishops have launched a campaign to raise $9 million for food to be distributed in remote parts of the country hit by drought and floods. (CNS photo/Michael Stulman, CRS)

LUSAKA, Zambia (CNS) — Zambia’s bishops have launched a campaign to raise $9 million for food to be distributed in remote parts of the country hit by drought and floods.

Many households “have nothing to eat and are surviving on wild fruits or are getting by without any food,” Bishop Evans Chinyemba of Mongu told a June 19 media briefing in the capital, Lusaka.

“This will certainly compromise the nutrition and health status of most people, especially the children, and if nothing is urgently done, we may begin to experience deaths from hunger,” he said.

Government statistics show nearly 419,000 households affected by the lack of rain in Zambia and, in the places visited by church representatives, “79% of the crops were affected by drought, 13% by floods, while 4% were affected by both drought and floods,” he said.

People are “suffering from hunger and lack of clean water” and some households do not have enough food to see them through the rest of the year, said Bishop Chinyemba, who is the bishops’ director for Caritas Zambia and whose diocese is one of the worst-affected areas.

Zambia’s “Southern, Western and some parts of Eastern, Central and Lusaka provinces experienced total crop failure,” the bishop said. “Households in these areas did not harvest anything that would help them to sustain their livelihoods up to the next agricultural season” and are already experiencing serious hunger, he said.

There are reports from Gwembe district in southern Zambia “that people are sharing water with animals,” Bishop Chinyemba said.

The church gathered information from affected households through interviews, observation and other means, he said.

There is no evidence that the government is offering enough food aid to affected areas, he said, noting that in places where food is being distributed, the amount “is so little that households are failing to meet their food requirements.”

The bishops’ conference, through Caritas Zambia and other church relief agencies, aims to alleviate the situation through targeting 42,000 households “in dire need of help,” he said.

Bishop Chinyemba appealed to the government to speed up help by declaring the hunger situation in parts of the country a disaster; he urged politicians not to take advantage of people’s desperation for food.

NEXT: Bishops in Central African Republic warn of cycle of violence from gangs