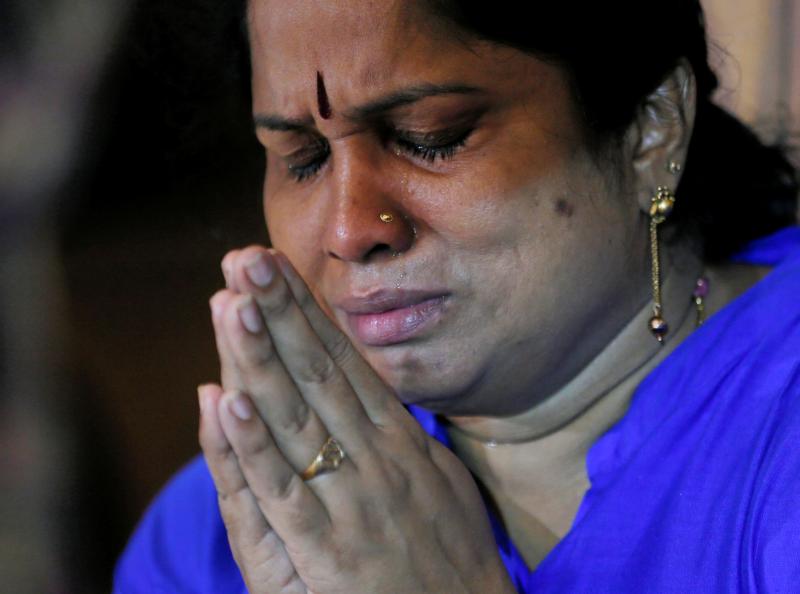 A family member of victims cries while praying during the reopening ceremony of St. Anthony’s Shrine in Colombo, Sri Lanka, June 12, 2019, months after it was closed because of an Easter bombing. Aid to the Church in Need raised over 111 million euros ($125 million) in 2018 to help support persecuted Christians, particularly in the Middle East. (CNS photo/Dinuka Liyanawatte, Reuters)

VATICAN CITY (CNS) — Aid to the Church in Need raised over 111 million euros ($125 million) in 2018 to help support persecuted Christians, particularly in the Middle East where tens of thousands of Christians have been forced to flee their homes due to ongoing war and conflicts over the last decade.

Releasing its 2018 annual report June 20, the Vatican-recognized foundation that assists minority Christian communities and people persecuted for their faith said the donations funded “no fewer than 5,019 pastoral projects in some 139 different countries” with 27% of the donations going to Africa and 25% to the Middle East.

Over 12% of the total aid, the report said, went to assisting thousands of Christians in the Middle East, especially in Syria and Iraq, and funded the rebuilding of nearly 1,500 Christian homes.

The other nations in the top five for foundation-supported projects were India, Ukraine and Congo.

Among the projects supported by the funds collected by the Catholic aid group were 23.2 million euros ($26.2 million) for construction or reconstruction of homes, chapels, churches, convents, seminaries and pastoral centers.

Donations also funded the formation of candidates for the priesthood and religious life, education initiatives, transportation as well as the purchase and distribution of Bibles and other religious literature.

In a statement released by Aid to the Church in Need, the foundation said the annual report’s figures testified to its support, “in a spirit of closeness, to the oppressed and persecuted church” as well as its ability to “react promptly” in areas where Christians are attacked.

The donations, the statement said, demonstrate “that faith has the power to overcome hatred.”

NEXT: Women who were trafficked find relief at London’s Bakhita House