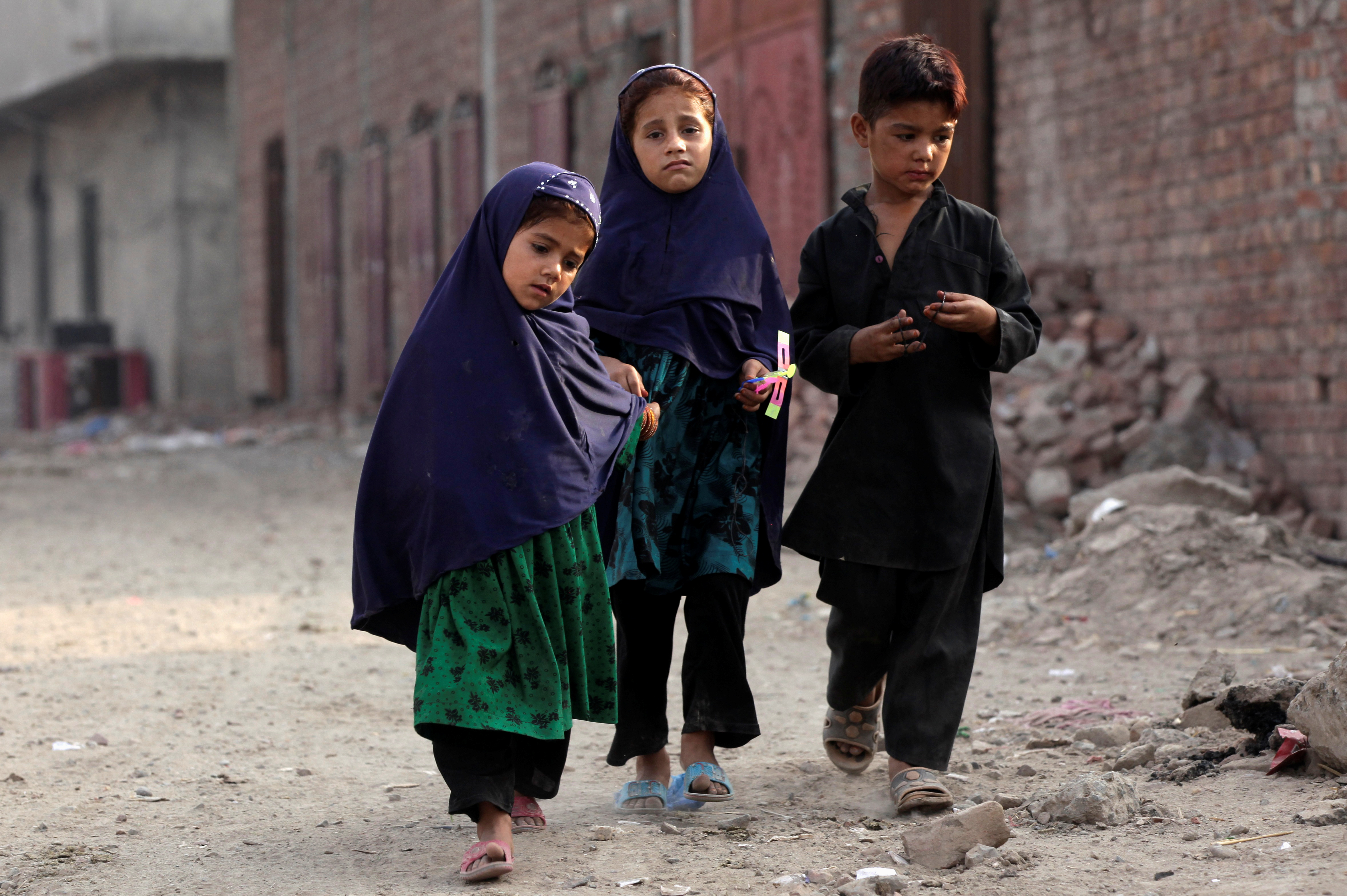 Afghan refugee children walk along a road in Lahore, Pakistan, June 20, 2019, World Refugee Day. Children under the age of 18 make up one half of the world’s refugee population, a U.N. report said. (CNS photo/Mohsin Raza, Reuters)

VATICAN CITY (CNS) — The Vatican recognizes how difficult it is for nations to manage the flow of migrants and refugees, but one thing is certain: “We must respond in a humane manner, a Christian manner, and we must try to help people, not harm them,” said the Vatican foreign minister.

Archbishop Paul Gallagher, whose formal title is Vatican secretary for relations with states, spoke with Vatican News June 19, the eve of the U.N.’s World Refugee Day.

While the Vatican obviously respects the sovereignty of individual nations to determine how best to respond to the needs of migrants and refugees, the archbishop said, “the numbers are what they are, and we must face that and we must help.”

In connection with World Refugee Day, the U.N. Refugee Agency released its annual report on “forced displacement” around the world.

At the end of 2018, it said, there were 70.8 million people forcibly displaced worldwide, and 25.9 million of those people were officially recognized as refugees, which means they were found to have fled their homelands because of persecution, war or violence and they have a “well-founded fear of persecution” if they return home. At year’s end, another 3.5 million people were asylum seekers in the process of applying for protected status.

More than two-thirds (67%) of all refugees were from five countries: Syria, Afghanistan, South Sudan, Myanmar and Somalia.

Archbishop Gallagher told Vatican News, “It’s obvious that conflicts in the world, difficulties with the environment and extreme poverty are elements that will not change from one day to the next, so we must continue — probably for many years — to act in solidarity and with fraternal love for these people.”

While the situation is dire for the migrants and refugees, the archbishop said that people in wealthier nations must acknowledge the contributions of newcomers, and not just in terms of cultural enrichment, but also in offsetting the declining birthrate in many European countries and the need in many nations for factory and farmworkers.

“So, it is necessary to have a balanced approach, but also try to humanize ourselves,” he said. “In fact, if one treats others badly, we are the ones who are diminished.”