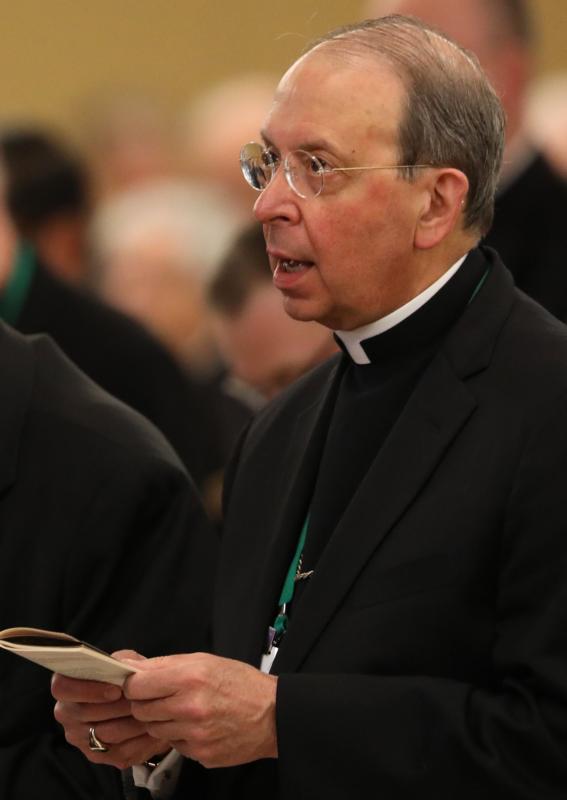 BALTIMORE (CNS) — As apostolic administrator of the Diocese of Wheeling-Charleston, West Virginia, Baltimore Archbishop William E. Lori announced July 17 that in working with the diocese’s finance council, he has directed a number of steps to strengthen financial stewardship and ensure proper checks and balances are enforced.

Some of these are underway, have been approved to begin or are completed. They include:

— Implementation of third-party reporting system for allegations against bishops (underway).

— The hiring of a new external auditing firm and publishing of the annual audit report (approved.

— Expanding the diocesan finance council, more than doubling its previous number, and increasing its meeting frequency to monthly (completed).

— Expanding the College of Consultors and increasing its meeting frequency to monthly (completed).

— The filing of papers with the state to dissolve “The Bishop’s Fund,” the discretionary fund established by the former bishop, Bishop Michael J. Bransfield (completed).

— Rebalancing the distribution of resources in the diocese so that greater resources will remain with parishes (underway).

— Restructuring the diocesan school board (underway).

— Entering into a contract of sale for the former bishop’s home at 52 Elmwood Place in Wheeling (completed).

Archbishop Lori outlined the steps in a letter sent July 17 to Catholics in the diocese, which encompasses the whole state of West Virginia.

A new audit firm has been selected for the diocese: CLA (CliftonLarsonAllen) LLP — a national financial auditing firm that serves more than 30 dioceses across the country. This decision was made in coordination with the diocesan finance council.

The diocese also is reviewing the assessment formula for parishes.

“A number of changes have already been made to the assessment model of the diocese, used to fund parishes and missions throughout the state which cannot sufficiently provide for their own support. The new model benefits parishes, particularly those which support Catholic schools as well as smaller parishes in debt,” said a news release.

NEXT: No executions, but 70 killings over blasphemy law, says rights activist