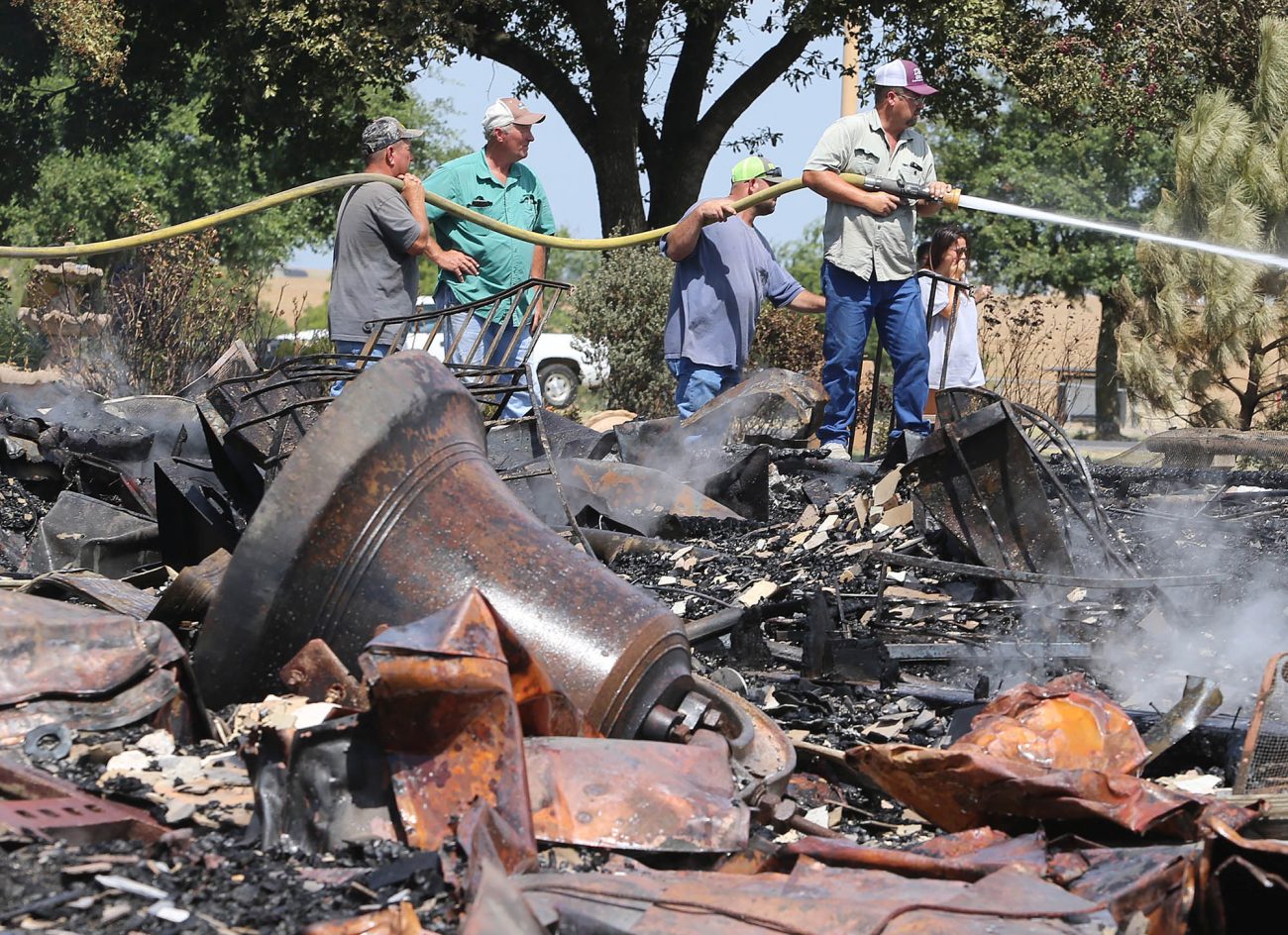 Volunteer firefighters extinguish hot spots July 29, 2019, after fire destroyed the Church of the Visitation in Westphalia, Texas. Since 1883 the parish has served the Catholic community of southwestern Falls County, many of whom are descendents of immigrants from the northwest German region of Westphalia. (CNS photo/Jerry Larson, Waco Tribune Herald)

WESTPHALIA, Texas (CNS) — The Church of the Visitation in Westphalia, a nearly 125-year-old wooden church with bell towers on each side, burned to the ground July 29.

The fire, which began in the morning, is still under investigation. Parishioners ran into the burning church to save what they could, including its tabernacle.

“We got some stuff out, but it wasn’t near enough,” parishioner Marvin Meyer told the Waco Tribune Herald daily newspaper. “We just saw the smoke, and everyone came. Everyone just tried to do what you could to save what you could, but it went so fast. In like 15 minutes, it was over.”

The church, which is in the Austin Diocese, serves 244 families.

“I am saddened for the people of Westphalia who have suffered this tremendous loss,” said Austin Bishop Joe S. Vasquez in a July 29 statement. “I am grateful for all the firefighters and departments that responded to the fire. Please join me in keeping the people of this historic parish in your prayers today as they try to piece together this tragedy.”

The bishop, who spoke to reporters near the grounds of the charred parish church July 30, noted that the community is “broken hearted” about this loss. He said the church was “truly one of our treasured churches” because of its history, tradition and the love and the faith of the people, which has not diminished and will grow stronger “out of these ashes.”

He said the parish community will continue to come together and pray and support one another. He also noted that the parishioners had been busy making plans to celebrate the parish’s 125th anniversary next year.

The bishop said he was grateful for those who risked their lives to save the tabernacle and thankful for the work of many volunteer firefighters.

He said parishioners will hopefully be able to worship nearby and when asked if the parish would rebuild, he said he thought they would because the church “means so much” to the parishioners.

The church was designed in the shape of a Latin cross with a bell tower on each side. It contained more than 20 stained-glass windows. Construction was completed in February 1895 and most of the carpentry was done by parishioners. The church was dedicated three months later.

In 1978, the church received official recognition with a Texas Historical Marker. And in 1996, the community was recognized as a Rural Historic District, which encompasses 5,500 acres of farmland, the church and many other historic sites in the area. The district is now listed in the National Register of Historic Places.

Jerry Loden, a volunteer firefighter and parishioner at the Church of the Visitation, told the Waco Tribune Herald that wind fueled the fire that quickly spread through the wooden structure.

“I got married here. I go here every week. This is home,” Loden said. Noting the parish’s upcoming anniversary, he said: “Over those years, there have been thousands and thousands of people who have come through those doors.” 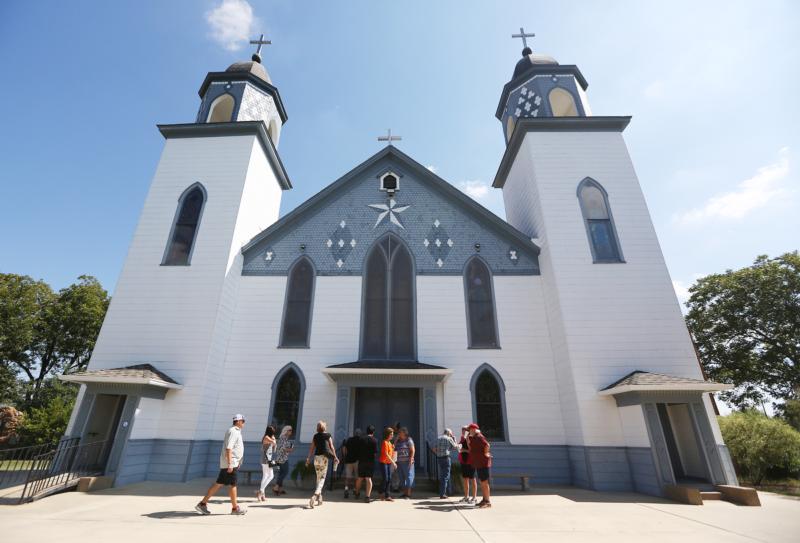 Parishioners enter the historic 124-year-old Church of the Visitation Oct. 7, 2017, in Westphalia, Texas. The church was destroyed in a fire the morning of July 29, 2019. The parish has served the Catholic community of southwestern Falls County, many of them immigrants from the northwest German region of Westphalia, since 1883. (CNS photo/Rod Aydelotte, Waco Tribune Herald)

PREVIOUS: County board OKs Tucson Diocese’s use of facility for asylum-seekers

NEXT: California Catholics urged to pray for defeat of medication abortion bill