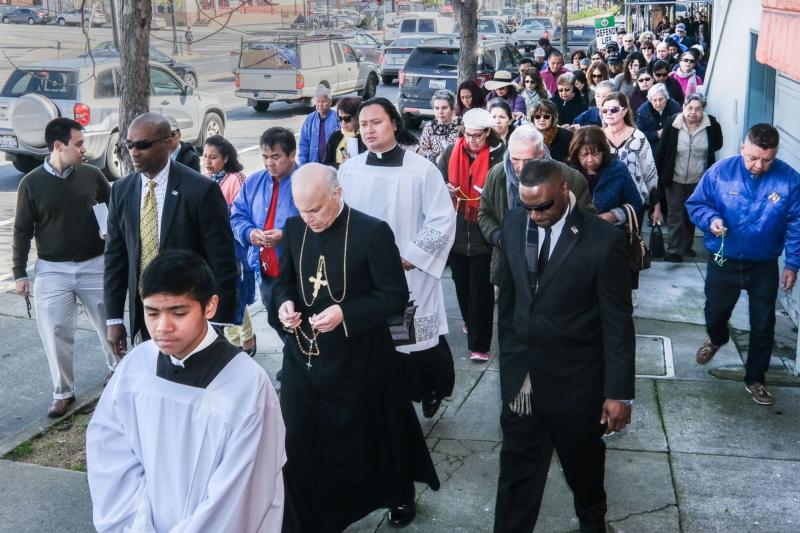 SAN FRANCISCO (CNS) — Archbishop Salvatore J. Cordileone of San Francisco is urging Catholics in the archdiocese to join in a novena for the defeat of a “dangerous and unprecedented” bill requiring California State and University of California college health centers to provide medication for abortions.

The statewide Aug. 3-11 novena asks for the intercession of Our Lady of Guadalupe to halt S.B. 24.

If it becomes law, the state’s public colleges and universities would have to provide RU-486, a chemical compound that, taken in pill form, can induce abortion in women up to 10 weeks pregnant by blocking the hormone progesterone needed to sustain a pregnancy.

The legislation has passed the state Senate and been approved by all state Assembly committees and waits for a floor vote when the Legislature reconvenes Aug. 12.

If approved, it would then go to Gov. Gavin Newsom for his signature. A similar bill was passed last year but vetoed by then-Gov. Jerry Brown.

The state’s Catholics are being asked to not only pray for the defeat of the measure but to also write and call their lawmakers to oppose the legislation.

A special webpage, Novena to Stop S.B. 24, can be found at https://bit.ly/2Mv152T. It has downloadable versions of the novena in English and Spanish, a fact sheet from the California Catholic Conference, the public policy arm of the state’s Catholic bishops; a link to the wording of the bill; and a link to a Catholic Legislative Network letter to lawmakers.

The initiative was begun by Sacramento Bishop Jaime Soto. The Archdiocese of Los Angeles, and dioceses of San Jose, Stockton, Orange and San Bernardino are among those participating.

Bishops across the state will be celebrate Mass Aug. 11 at the conclusion of the novena. Archbishop Cordileone will celebrate the 9 a.m. Mass that Sunday at San Francisco’s Cathedral of St. Mary of the Assumption.