Cause for beatification of British missionary in Zimbabwe opens Sept. 5 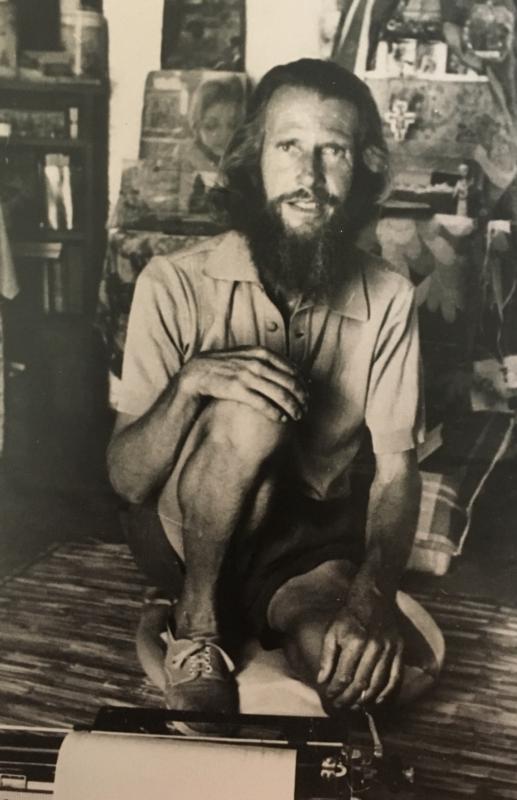 The Vatican has allowed the bishops of Zimbabwe to open the sainthood cause of British missionary John Bradburne, a lay member of the Order of St. Francis. The cause will formally open Sept. 5, the 40th anniversary of his death. He is pictured in an undated photo. (CNS photo/courtesy John Bradburne Memorial Society)

MANCHESTER, England (CNS) — The Vatican has allowed the bishops of Zimbabwe to open the sainthood cause of a British missionary murdered after he refused to abandon his ministry to people with Hansen’s disease during the country’s civil war.

The cause for the beatification of John Bradburne, a lay member of the Order of St. Francis, will open Sept. 5, the 40th anniversary of his death.

The John Bradburne Memorial Society said the Vatican’s Congregation for Saints’ Causes issued a formal “nihil obstat,” Latin for “nothing stands in the way,” July 1 and that Archbishop Robert Ndlovu of Harare, Zimbabwe, had been notified in writing.

The society explained that Archbishop Ndlovu “in April this year had convened a meeting of Zimbabwean bishops at which there was unanimous approval to support the cause.”

The archbishop will preside at Mass Sept. 5 in Mutemwa, where Bradburne ministered in a community of people with leprosy, to mark the opening of the cause.

“He did a good thing, and that is what it is about,” Kate McPherson of the John Bradburne Memorial Trust told Catholic News Service. “The love the lepers continue to have for him, because of his sacrifices, is truly astonishing.”

Bradburne was born in 1921 in the Lake District of northwest England, son of an Anglican cleric.

During World War II, he served with the Brigade of Gurkhas in Malaya before he spent a year in Burma (now Myanmar) with the Chindits, a special operations unit of British and India soldiers deployed behind Japanese lines to attack supply routes.

He would often sing psalms in battle, but it was in 1947 while he was staying at Buckfast Abbey, a Benedictine monastery in southwest England, where he underwent a deep religious conversion and was received into the Catholic faith.

For the next decade, he traveled extensively, wrote poetry and embraced a life of poverty.

In the 1960s, he joined Father John Dove, a former fellow soldier who had become a Jesuit priest and was working in Africa.

Bradburne arrived in Mutemwa to find a “sea of suffering,” according to Didier Rance, his biographer. People there were covered in filth and afflicted by running sores, their limbs twisted and contorted by leprosy. The “sight of curled-up dislocated fingernails” added to the horror.

On seeing Bradburne, the residents scurried into their huts only to reemerge with sacks or blankets covering their heads.

Deeply puzzled, Bradburne asked what they were doing and was told the residents were forced to cover their faces by the community’s director because they were too ugly to be seen by outsiders.

Bradburne could only mutter the words: “My God, my God.”

He became a devoted servant to the residents, and he would later tell his friends, “I am very happy here. This is my journey’s end.”

Bradburne spent the last 10 years of his life there, and died at age 58, on the outskirts of the colony after being kidnapped and shot during Zimbabwe’s civil war. The attackers claimed Bradburne worked secretly as a spy for Zimbabwean security forces and he was abducted and delivered to the guerrillas.

The rebels have long insisted that they took a benign view of Bradburne’s work and that they did not kill him. Instead it was suggested to Bradburne that he go to Mozambique for the duration of the war, or even that he should continue to care for the residents of the colony unhampered. He was set free but ambushed three days later and his body was dumped by a roadside. The war would end just three months later.

Almost immediately after Bradburne’s death, reports of supernatural signs possibly associated with his sanctity appeared. Numerous healings have been informally attributed to his intercession, including the cure of a Scottish man from a brain tumor and of a South African woman who had lost the use of her legs.

The opening of the sainthood cause means Bradburne is likely to become Zimbabwe’s first saint. He will also be among a new generation of post-Reformation English Catholics who are on the road to sainthood, the most prominent of whom is Blessed John Henry Newman, who will be canonized by Pope Francis Oct. 13.

NEXT: African bishops want to be sign of hope in face of people’s ‘anguish’