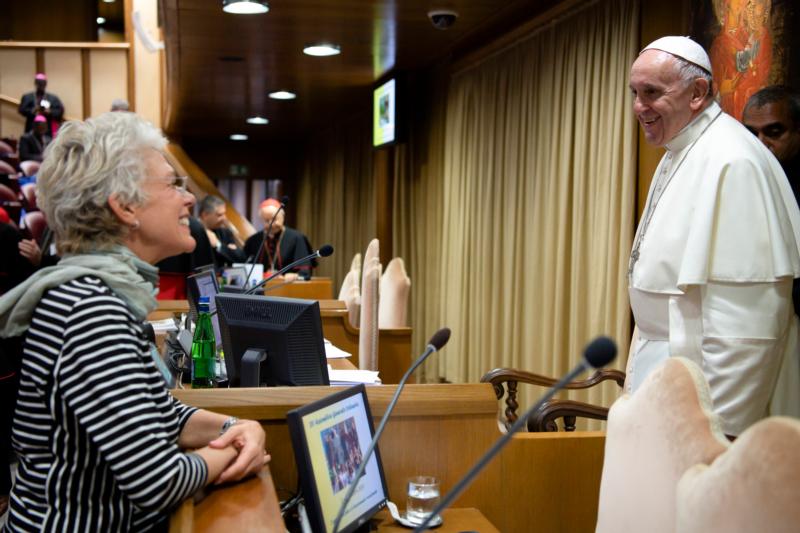 Cristiane Murray, a Brazilian journalist who has worked with Vatican Radio-Vatican News, was tapped by Pope Francis to serve as vice director of the Vatican Press Office. Murray is pictured talking with the pope in an undated photo. (CNS photo/Vatican Media)

Cristiane Murray, a Brazilian journalist who has worked with Vatican Radio-Vatican News, was tapped by Pope Francis to serve as vice director of the Vatican Press Office. Murray is pictured talking with the pope in an undated photo. (CNS photo/Vatican Media)

The Vatican announced the appointment July 25, one week after the pope named Matteo Bruni to head the press hall.

Murray, 57, was born in Rio de Janeiro and earned a degree in business administration and marketing from the Pontifical Catholic University of Rio de Janeiro.

She began working at Vatican Radio in 1995 where she reported on the church’s missionary activities and provided live commentary during papal events for radio and television broadcasts. In 2018, she started assisting the secretary general of the Synod of Bishops in preparation for the special assembly on the Amazon region that begins in October.

In a statement the same day, Murray said her appointment was an important recognition of the day-to-day work carried out by Vatican communications’ journalists and staff in bringing the Gospel and the message of the pope and church to the world.

“A word of thanks — from me and all of us, especially women — first go to the Holy Father for choosing me for this important role,” she said.

Paolo Ruffini, prefect of the Dicastery for Communication, said in a statement that “the choice of a woman with roots in Brazil and openness to the world bears witness to the desire to build a team that knows how to speak the language of those who listen to us.”

“I am sure that Cristiane, who after so many years working in Vatican media, and whose professionalism and humanity have always been appreciated, will make an essential contribution of intelligence, sensitivity, remembrance and planning in service that together we are all seeking to offer the church,” he said.