BEIRUT (CNS) — After enduring persecution, violence and uprooting, a group of Iraqi religious and laypeople are on the path to healing.

“They are suffering, in their minds and in their souls,” said Melkite Father Gabriel Hachem, part of a team from Lebanon that conducted trauma healing sessions in Irbil, Iraq. 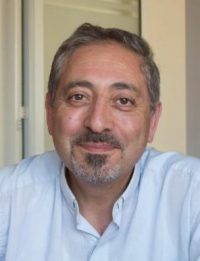 The world “cannot remain indifferent. We cannot stand by and do nothing,” Father Hachem told Catholic News Service.

There is a “huge need” to verbalize, to share about their experiences. “They need to speak, to be supported, to be heard,” he emphasized.

Eighteen people — a mix of priests, nuns and laypeople — participated in the mid-June program. Participants were Chaldean and Syriac Catholic, Syriac and Armenian Orthodox as well as evangelicals.

The setting, at the Chaldean Catholic Patriarchal Seminary of St. Peter in Irbil, was “like an oasis” of peace, said Father Hachem, who serves as director of the council of churches’ theological and ecumenical department.

Sessions centered around different Scriptural themes, beginning with Jesus’ inquiry before the high priest Annas, in which Jesus asked, “Why do you strike me?” This opening focus, Father Hachem explained, was to help the participants express the injustice they felt because of their persecution.

“Why have you forsaken me” from the Gospel of St. Matthew was the second theme, focusing on how the participants felt abandoned during the traumatic upheaval they experienced. That was followed by “Father forgive them, they know not what they do” from St. Luke’s Gospel, to promote reconciliation and forgiveness in the hearts of the participants.

The program concluded with, “I Am the Resurrection and the Life” to help participants “stand up again,” Father Hachem explained.

The aim was not only to heal the participants, but to equip them with the tools needed to also address the wounds of the faithful, as well as to build an ecumenical network among Iraqi pastors.

Psychologist Samar Sayhoun said that, after listening to the participants’ stories of suffering, she was inspired by their faith and attachment to their church. In relaying what they had experienced, some participants spoke of the sounds of bombs, of seeing spattered blood and beheaded corpses, of losing family members.

“I was so touched by their strong faith, despite everything they went through. They rely on their community in the church to be able to support each other, at least emotionally, spiritually. But, of course, it’s not easy for them,” said Sayhoun, a Maronite Catholic.

Some expressed their grief at leaving all their life behind when they were uprooted in a single night by Islamic State.

“They don’t even have one photograph from their past,” Sayhoun said. 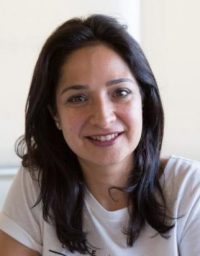 Psychologist Samar Sayhoun poses for a photo during an interview at the Proche Orient Christian office at St. Joseph University in Beirut June 26, 2019. (CNS photo/Dalia Khamissy)

Sayhoun said she was especially moved by a 31-year-old lay participant who brought “so much joy” to the sessions, despite her ordeal of fleeing Mosul with her family because of terrorist threats, then being driven out of the Ninevah Plain by Islamic State in the summer of 2014.

“She loves to sing and dance, smile and laugh,” the psychologist recounted.

That’s why it was important for the pastors to talk about forgiveness, about having a new life, after such a dramatic trauma, Sayoun said. “This is the Resurrection.”

Some religious shared how “so many Muslims are coming to them to hear about Christ and are converting to Christianity, of course without announcing it to their (Muslim) community,” Sayhoun noted.

“They were so happy that people came to listen to them,” she said, adding that they need interaction with people from outside, from abroad.

“Just to regain their dignity. Just being respected, being heard, being appreciated” means a lot to Christians in Iraq, Sayhoun emphasized.

At the conclusion of the program, funded by Protestant churches and organizations in Europe and the United States, Father Hachem received notice of a pledge to fund the program through 2019 and 2020.

That means the council of churches can carry out the trauma healing sessions in Syria, Egypt and “again and again” in Iraq, the priest said.

“For me, it was a sign of hope from the Holy Spirit,” Father Hachem said.

NEXT: Nun tries to warn Central Americans: Travel through Mexico is dangerous