‘Where’d You Go, Bernadette’: A tale of life after failure 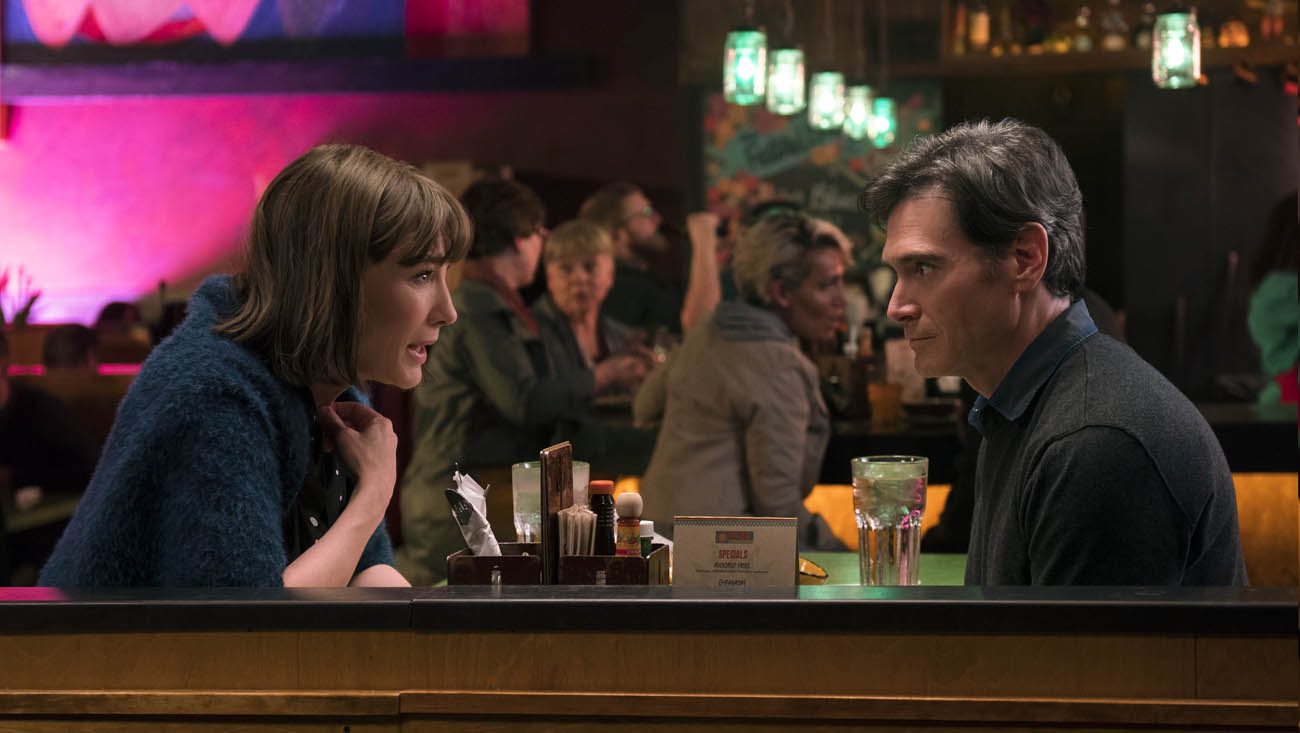 Cate Blanchett and Billy Crudup star in a scene from the movie "Where'd You Go, Bernadette." (CNS photo/Annapurna Pictures)

NEW YORK (CNS) — Based on the 2012 best-seller by Maria Semple, “Where’d You Go, Bernadette” (Annapurna) tells the story of Bernadette Fox (Cate Blanchett), a fantastic mother but an otherwise abominable human being who disappears from her home after an intervention.

Directed and co-written (with Holly Gent and Vincent Palmo Jr.) by Richard Linklater, this blend of comedy and drama doesn’t quite live up to the quality of Linklater’s other films such as “Boyhood” and the “Before” trilogy.

Bernadette has problems. She seems to be almost agoraphobic, spending her time pacing around her leaky mansion, running on at the mouth into her smartphone and dictating emails to an unseen assistant, Manjula, who seems to manage every aspect of her life. She’s horrible to her neighbor, Audrey (Kristen Wiig), and looks down her nose at the other moms at her daughter Bee’s (Emma Nelson) middle school.

The success of her husband Elgin’s (Billy Crudup) programming innovations at Microsoft have enabled them to live in a posh Seattle neighborhood. Elgie, as his wife calls him, evades Bernadette’s negative aura by working too much, spending long hours at the office.

A chance for some much-needed family bonding presents itself when Bee reminds her parents that they promised her a vacation if she got awesome grades. She proposes a trip to Antarctica, to which Bernadette and Elgie reluctantly agree.

The upcoming trip sends Bernadette into full anxiety mode. The reasons for her situation become clearer courtesy of a YouTube video that chronicles her rise to fame as an architect.

She’s known for two brilliantly designed homes — in particular for what became known as “The 20-Mile House.” Constructed entirely of materials garnered from within 20 miles of the building site, the dwelling earned her fame and grant money. But, as the video narrates, Bernadette hasn’t designed anything in 20 years.

After a few horrifying incidents perpetrated by Bernadette (including her hoarding of prescription meds), Elgie decides he’s had enough. So he stages an intervention. Bernadette responds by disappearing — literally. Determined to get her mojo back, she heads to Antarctica alone, hoping to find what she’s lost.

Blanchett brings her mammoth talent to the role of Bernadette. But Linklater doesn’t give her much to work with, making Bernadette seem overly emotional. Newcomer Emmy Nelson, on the other hand, inhabits the young Bee with pluck, and displays a fierce devotion to her mom. The smaller roles in the film help keep the audience engaged.

“Where’d You Go, Bernadette” has value as a springboard for conversations about something everyone has to deal with: failure. Bernadette, it seems, has never been able to process her losses of inspiration, and it leads her to 20 years of resentment. Going off on her own finally gives her a chance to confront it.

Since nobody is perfect, being able to handle falling short is an essential life skill. Because of this, “Bernadette” could be appropriate for older teens.

Catholics of whatever age, meanwhile, will want to be on the lookout for a couple of references in the script to the protagonist’s namesake, St. Bernadette Soubirous.

The film contains drug use and a few crude and crass terms. The Catholic News Service classification is A-III — adults. The Motion Picture Association of America rating is PG-13 — parents strongly cautioned. Some material may be inappropriate for children under 13.

PREVIOUS: Heartwarming ‘The Peanut Butter Falcon’ a study in dignity

NEXT: Agnostic author pens atypical ‘appreciation’ of religion’s worth