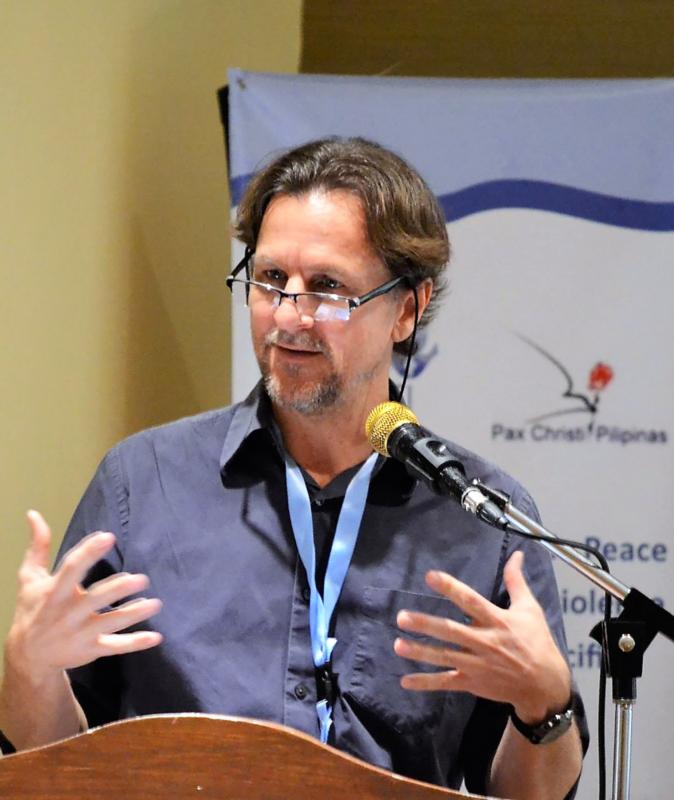 WASHINGTON (CNS) — When Johnny Zokovitch started working for Pax Christi USA in 2001, he was tasked with connecting young people with the Catholic peace organization.

As the group’s new executive director beginning Sept. 23, Zokovitch continues to see young people as key to the organization’s future as he seeks to “grow and swell the movement” among Catholics and other people of faith who desire to build peace in a violent world.

Zokovitch, 51, told Catholic News Service he wants to connect young people driven to respond to climate change and gun violence with the older generation of peacemakers who have sustained the organization for five decades since stepping up during the Vietnam War and responding to the rising threat of nuclear weapons.

“Pax Christi USA will be 50 years old in 2022. I want to ensure the work they (the older generation) started will be carried on by the new generation,” he said.

Zokovitch succeeds Sister Patricia Chappell, who resigned in May after being elected to the leadership team of the Sisters of Notre Dame de Namur East-West Province. He has been senior communications officer for Brussels-based Pax Christi International since 2016.

He returns to Pax Christi USA knowing the organization well. His first stint, which ended in 2015, saw him handling “a little bit of everything” including organizing local chapters, fundraising, communications, planning conferences and program management. He also served in leadership, working alongside former executive director Dave Robinson.

Further, he said, the withdrawal this year of the United States and Russia from the 1987 Intermediate-Range Nuclear Forces treaty concerns Pax Christi USA members. He is hopeful that more people, and Catholics in particular, will see the need to lend their collective voice through the organization in a call for a new round of nuclear disarmament.

The outreach Zokovitch plans involves going to parishes, college campuses and other places where young people are working for peace and build up the organization’s grassroots network.

What underlies Zokovitch’s drive is his desire to tap into the motivations of people of faith to work for peace.

“What Pax Christi brings to the peace movement is that the initiative for people to be involved isn’t necessarily a political one,” he explained. “It’s a faith-based initiative. They come at it from a faith perspective. They are inspired by the life and death and resurrection of Jesus.”

Pax Christi USA also will retain its commitment to becoming a stronger anti-racist organization, Zokovitch said. Since 1999, the group has worked to address racism within its ranks as well as broader society. He said he wants to ensure that the Catholic peace movement becomes more multicultural.

“We need to look at next steps to make us an authentically anti-racist organization and accountable to communities of color in the church and in our own movement as well,” he told CNS.

PREVIOUS: Catholic teens inspire one another to ‘not grow tired’ of abortion fight

NEXT: Migrant children will suffer most under new detention rule, says bishop