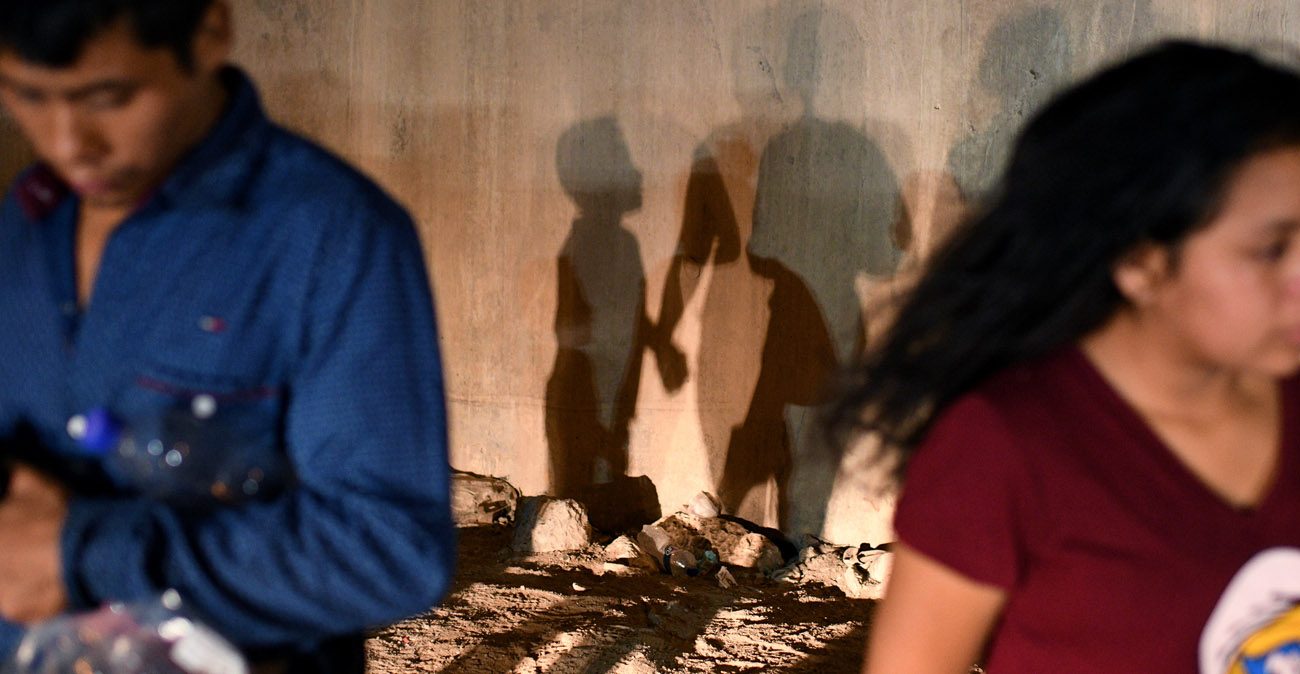 WASHINGTON (CNS) — The chairman of the U.S. bishops’ migration committee said Aug. 23 sees “heartbreaking consequences for immigrant children” in a final rule issued by the Trump administration that allows the federal government to hold immigrant children in family detention indefinitely.

The new rule was issued jointly by the Departments of Homeland Security and Health and Human Services that will end a long-standing legal agreement put in place in 1997– known as the Flores Settlement Agreement — to ensure the safety and care of children in immigration detention settings.

Pope Francis has deemed immigrant children “the most vulnerable group’ among migrants,” and they will be most affected by this new rule, said Bishop Joe S. Vasquez of Austin, Texas, who is chairman of the U.S. bishops’ Committee on Migration.

(This) is an attempt by the administration to circumvent existing obligations and undermine critical protections for these children,” the bishop said in a statement. “This rule will jeopardize the well-being and humane treatment of immigrant children in federal custody and will result in children suffering long-lasting consequences of being held for prolonged periods in family detention.”

“We oppose this rule that we believe is unlawful and inhumane. Countless children will be harmed by this new rule and this is simply not acceptable,” he said.

The U.S. Conference of Catholic Bishops also opposed this rule when it was initially proposed by DHS and HHS by submitting comments Oct. 23, 2018, detailing concerns with the rule and urging it be rescinded. The government received more than 98,000 comments in response to the proposed rule-making.

The Catholic Legal Immigration Network Inc. said it likewise submitted comments, calling the proposed rule “unlawful and immoral” as it negates “the child-friendly provisions in the Flores agreement.”

Said Anna Gallagher, CLINIC’s executive director: “This rule would destroy long-term child protection standards created by our government and the courts. There is no justification to keep families and children in immigration jails longer. Separation of children from their parents is inherently wrong. The same is true for keeping children in detention.”

“Once again, the Trump administration is using children as pawns in its attack on immigrants,” said Lawrence E. Couch, Director of the National Advocacy Center of the Sisters of the Good Shepherd.

Acting Secretary Kevin McAleenan of the Department of Homeland Security said the new guidelines would help the government maintain the “integrity of the immigration system.”

“The facilities that we will be using to temporarily house families under this rule are appropriately, fundamentally different than the facilities where migrants are processed following apprehension or encounter at the border,” McAleenan said in announcing the rule.

Currently, there are only three family immigration detention facilities in the U.S., one in Karnes City, Texas, one in Dilley, Texas, and another in Leesport, Pennsylvania, which together have 3,335 beds, according to the USCCB’s Migration and Refugee Services.

The Flores Settlement Agreement has protected children in immigration custody by guaranteeing them the least restrictive setting. Courts have interpreted this rule to limit family detention to a maximum of 20 days in facilities that are not state licensed to provide child care. Opponents of the Trump administration’s rule say it will allow the government to keep families in detention indefinitely.

According to a CLINIC news release, Flores “not only spells out the time period children can be kept in detention, but also mandates the type of conditions facilities must provide, including sanitary, temperature-controlled conditions, as well as access to water, food, medical assistance, ventilation, adequate supervision and contact with family members.

The rule must be approved by the Flores court before the settlement can be dissolved and the rule implemented, CLINIC said.

Judge Dolly Gee, in the U.S. District Court for the Central District of California, oversees the Flores case. The plaintiffs in the Flores case have one week following publication of the final regulations to brief the court on whether the regulations comply with the Flores settlement. If the judge rules in the government’s favor, the new rules would go into effect in 60 days.

Among others who condemned the administration’s new rule were Sisters of Mercy of the Americas, Lutheran Immigration and Refugee Service and Franciscan Action Network, whose executive director, Patrick Carolan, said: “The Trump administration continues its war against migrant children and families. … This latest attack is cruel, inhumane, and un-American.”