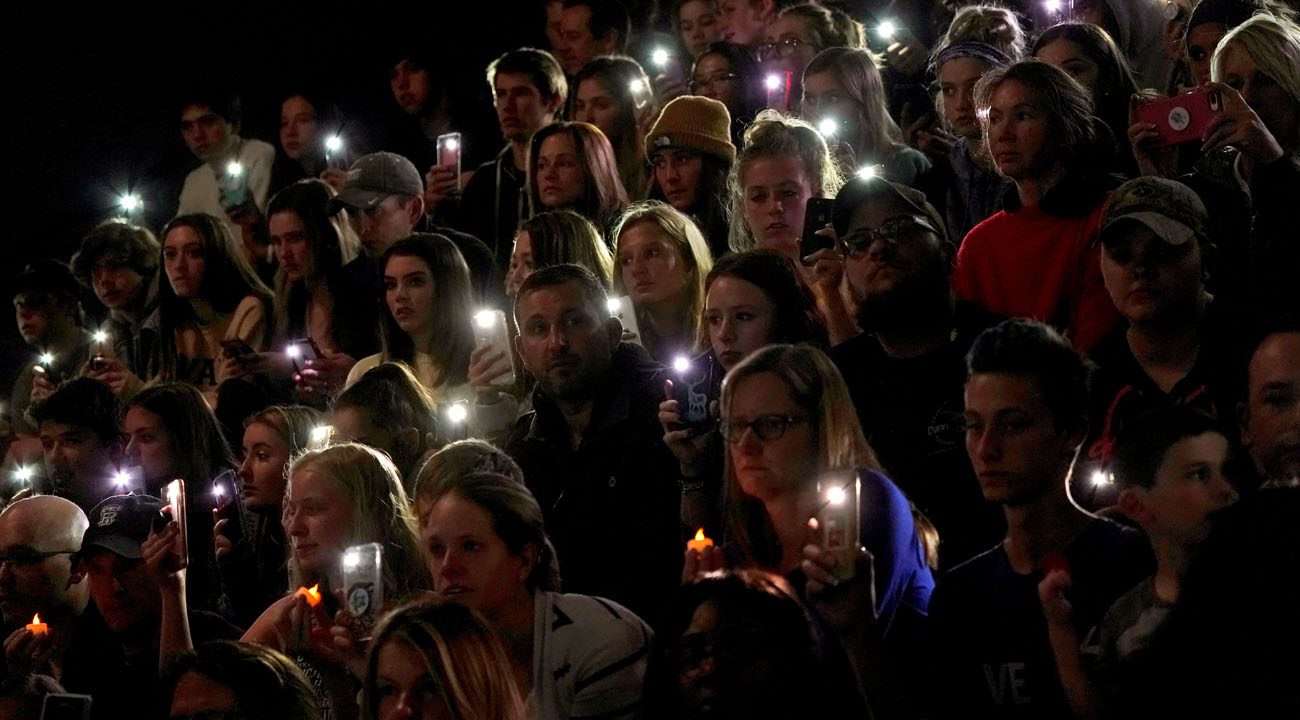 People hold up lights from their cellphones during a vigil May 8, 2019, for victims of a shooting at the STEM School Highlands Ranch in Colorado. Kendrick Castillo, an 18-year-old Catholic senior at the time who lost life trying to protect fellow students, has been declared a Knight of Columbus posthumously. (CNS photo/Rick Wilking, Reuters) S

MINNEAPOLIS (CNS) — As residents of El Paso, Texas, and Dayton, Ohio, mourned the loss of 31 people in mass shootings Aug. 3 and Aug. 4, the Knights of Columbus honored a teen who died in May trying to save the lives of his classmates during a shooting at his suburban Denver high school.

Kendrick Castillo, the 18-year-old hero who charged a shooter at STEM School Highlands Ranch in Colorado, posthumously named a Knight of Columbus Aug. 6 at the organization’s Supreme Convention in Minneapolis.

Castillo’s parents, John and Maria, also accepted the Caritas Medal on his behalf. It is second-highest honor of the Knights of Columbus. Their son is just the fourth recipient of the award, created in 2013 to recognize extraordinary acts of charity and service.

“Kendrick wanted to be a Knight of Columbus because he wanted to help not only people, but his community. And in his last moments, Kendrick Castillo did both,” Supreme Knight Carl A. Anderson said in an address to more than 2,000 convention attendees.

Castillo had taken part in 2,600 hours of service with the Knights, along with his father, who belongs to the Knights’ Southwest Denver Council 4844.

The delegates decision to affirm this proposal was unanimous.

“My brother Knights, we have made a momentous decision,” Anderson said. “Kendrick wanted to join the Knights of Columbus to be more like us. By your acclamation, you have told the world that we want to be more like him.” 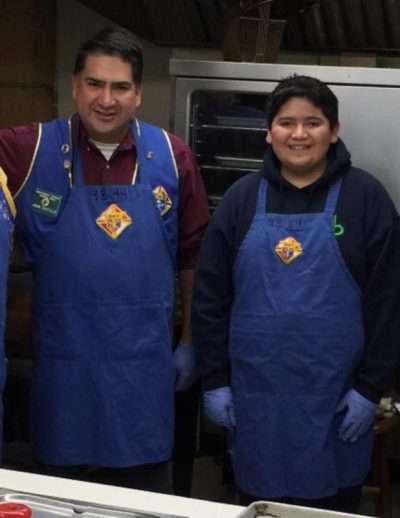 According to the Knights, it is a rare occurrence for an individual to be granted membership posthumously and has happened less than a handful of times in the 137 years since the organization was founded.

John Castillo said of his son, “Kendrick wanted to be a Knight because of what he experienced growing up and knowing the good that they did. Without a doubt, Kendrick loved being in the church, ushering and serving the community.”

The Caritas award presented to him and his wife is a medal featuring an image of the good Samaritan.

“This award recognizes those who most profoundly embrace our order’s principle of charity in their service and sacrifice for others,” said Anderson.

Previous recipients of the award include Paul and Jacob Cortez, a father-son rescue team who took action to save countless lives during Hurricane Harvey; Msgr. Enrique Glennie Grau, rector of Our Lady of Guadalupe Basilica in Mexico City; and Msgr. Robert Weiss, pastor of St. Rose of Lima Church, and St. Virgilius Knights of Columbus Council 185 of Newtown, Connecticut, for their work in the aftermath of the Sandy Hook School shooting.

Kendrick Castillo, who was killed just days before his graduation from the STEM school, was the only casualty in the May 7, 2019, shooting. Eight other students were injured. Two suspects, both teens, were arrested and charged with first-degree murder and other charges.

After his death, Southwest Denver Council 4844 set up a fund to help the Castillos with their son’s funeral and also helped during services, private and public, to honor his life.

Among the photos Council 4844 posted on its Facebook page was one of Kendrick and his father wearing aprons with the Knights of Columbus logo.

In a reflection he wrote about his son that was published in the Knights Columbia Magazine, John Castillo said people have asked, “Where do you find your strength in a time like this?”

“Well, I have to tell you, it’s easy for Maria and me, because there’s so much love in the world. We had so much love from Kendrick,” he wrote. “It’s no secret to us that Kendrick did what he had to do, because the teen was compassionate, lived his faith and knew right from wrong.

“Walk your faith like Kendrick did, never wavering. And we need to reach out to people who are on the margins of society. They’re everywhere. Our world needs help,” John Castillo wrote.

“But there’s goodness underneath, there’s Kendrick underneath. The love of police officers, first responders, clergy — we’re all filled up with the good stuff. What you choose to do with it is really up to you,” he added. “We love you, and thank you for loving our son.”

PREVIOUS: Women religious build bonds as they work together to assist immigrants