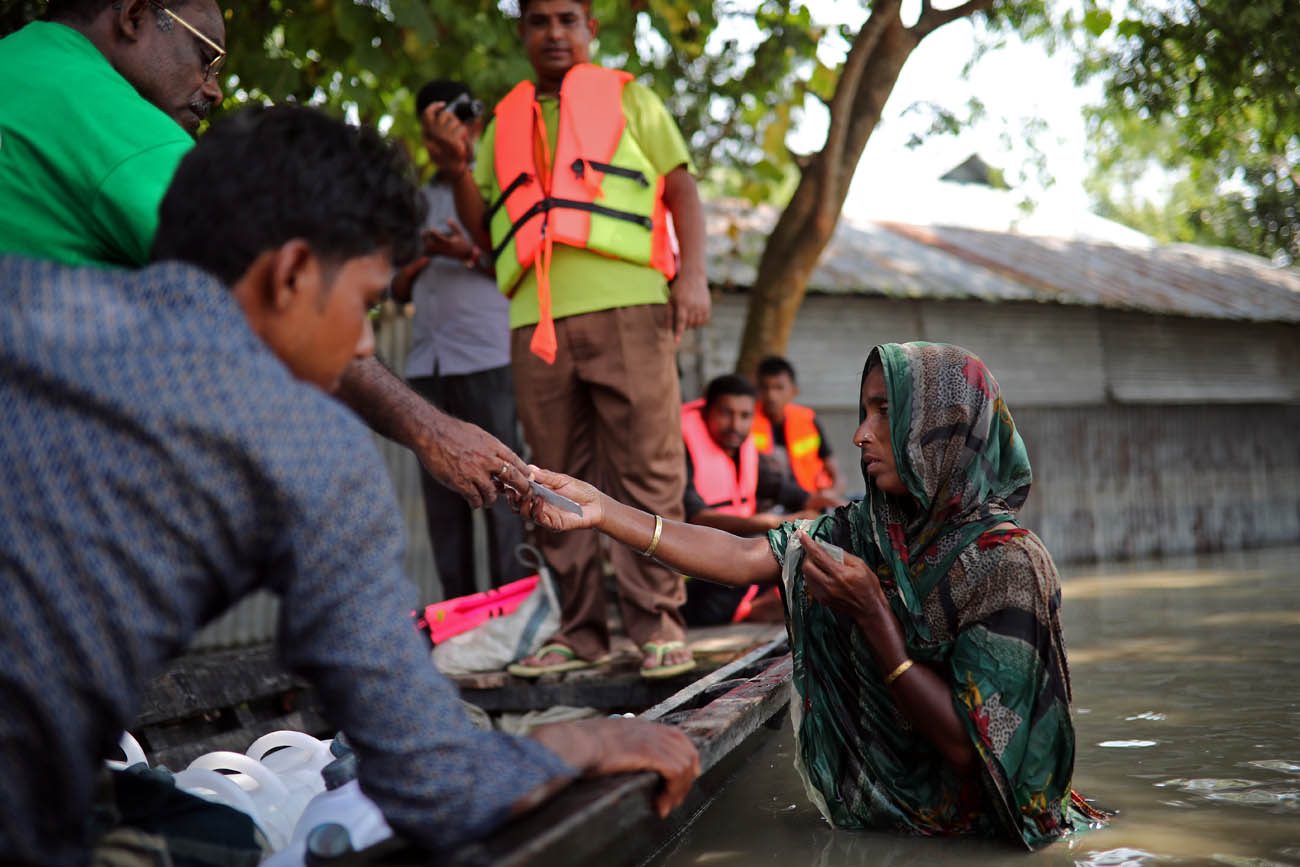 DHAKA, Bangladesh — Weeks after devastating floods affected millions and killed more than 100 people in Bangladesh, many families are reeling from a lack of aid as the country suffers an outbreak of waterborne diseases.

During a week of flooding, at least 114 people died and 14,000 others became ill from various diseases and infections, according to government data.

The crisis eased somewhat in recent weeks as the rains eased and water levels receded, allowing government and disaster relief agencies to distribute emergency supplies. However, many victims said the support fell far short of the need.

Jamal Khan, 40, a father of three from the flood-affected northern district of Sirajganj, said his family was struggling to get back to normal.

“The government handed out some food and a charity (Caritas) also offered food and cash, but the aid was not enough,” Khan, a Muslim, told ucanews.com. “My wife, son and I have been struggling maintain the family by working as day laborers, but after flooding, there is less opportunity to find work.”

There also was an outbreak of waterborne diseases in the area, with a shortage of medical support, he said.

Because of erosion and repeated flooding of the Jamuna River, one Bangladesh’s three main rivers, Khan and his family have lost their home seven times in the past 20 years.

“Poor people like us desperately need food, medicine and money to survive, and to get back to a normal life,” he said.

Shahdat Hossain, director general of the state-run Disaster Management Department, said the government had provided aid to millions of flood-affected people and was continuing to offer limited assistance.

“An assessment of the total flood damage and people’s needs is due to be completed this month and then we will undertake the second phase of aid for affected people,” he added.

In addition, 23 government ministries were working to design a comprehensive flood mitigation program in districts prone to annual flooding and other natural disasters, Hossain said.

This year’s floods happened unusually quickly, so the extent of the destruction was higher than usual, said Sukleash George Costa, regional director of the Catholic charity, Caritas Rajshahi.

“Both the government and aid groups struggled to respond to flooding because flood water increased so swiftly, so people were seriously affected, roads, crops and houses destroyed,” Costa told ucanews.com. “Caritas Rajshahi was able to assist 400 affected families with food and cash.”

In the Bandarban district of the southeastern Chittagong Hill Tracts, a hilly area bordered by India and Myanmar, Caritas Chittagong distributed the equivalent of US$59 in emergency aid to each of 2,100 families.

PREVIOUS: Matters of life and death: Pope to bring his message to southern Africa