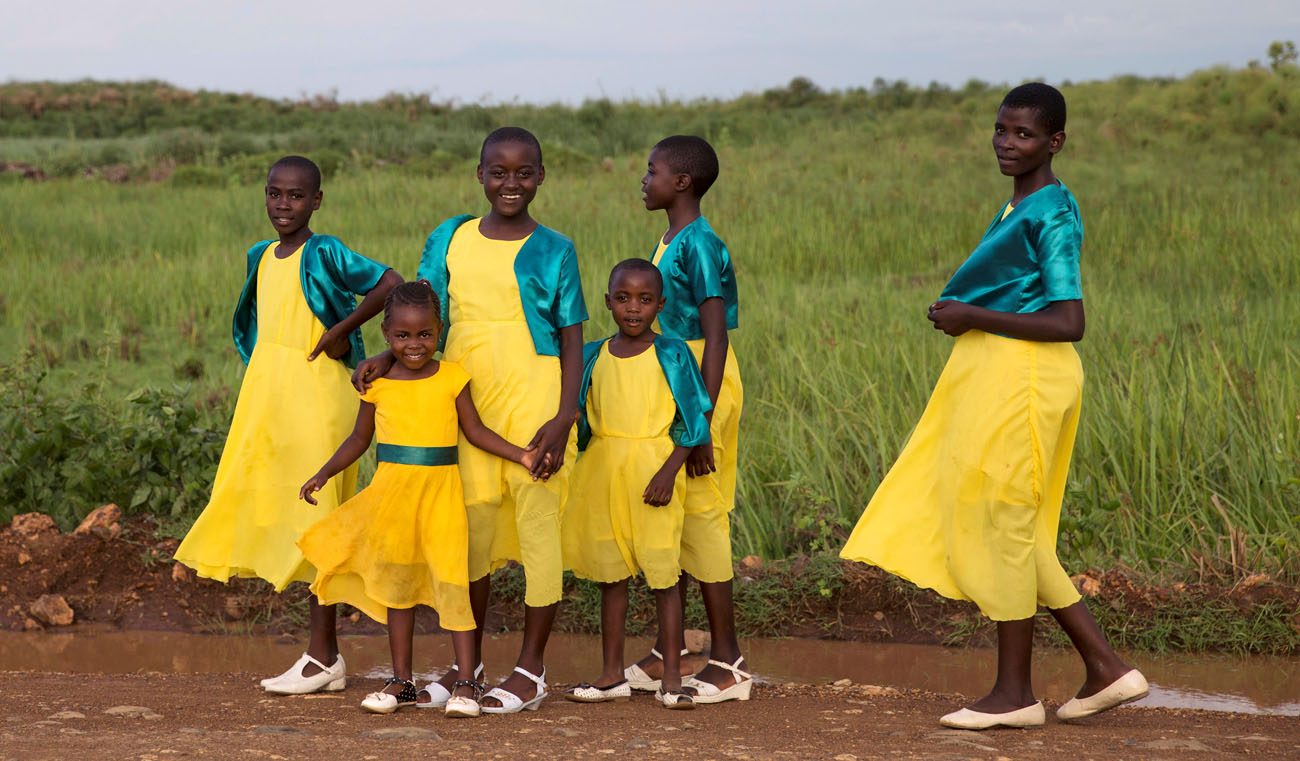 Girls are seen walking near Kisumu, Kenya, in this 2017 file photo. Catholic doctors in Kenya have warned against a mass cervical cancer vaccination program for young girls, as the government accelerates plans to roll out the program in September. (CNS photo/Baz Ratner, Reuters)

NAIROBI, Kenya (CNS) — Catholic doctors in Kenya have warned against a mass cervical cancer vaccination program for young girls, as the government accelerates plans to roll out the program in September.

The Ministry of Health has said the vaccination is targeting the human papilloma virus (HPV), a sexually transmitted infection that can cause cancer of the cervix. Two free doses of the vaccine — administered 10 months apart — will be given to 10-year-old girls. The vaccines will be available at 9,000 private, public and faith-based health facilities.

However, members of the Kenya Catholic Doctors Association expressed concern that the vaccine can cause severe side effects, including brain damage, seizures or paralysis.

The doctors also said the vaccine has not undergone necessary clinical trials in the country.

“We don’t think the vaccine is necessary. HVP is sexually transmitted and does not make sense to vaccine everyone against a sexually transmitted disease that can be controlled through behavior change,” Dr. Wahome Ngare, a gynecologist and a member of the Catholic doctors group, told Catholic News Service.

“The side effects are too risky for anyone to even dare,” he added.

For their part, the Kenya Catholic bishops’ conference has not offered an opinion on the vaccination program.

Ngare said the vaccination was not to prevent cervical cancer but HPV. He urged instead widespread adoption of the simpler and more effective Pap test for early cancer detection.

Despite the doctors’ warning, the government is preparing to roll out the mass vaccination. Ministry of Health officials met Aug. 20 with partners in the program, including the World Health Organization.

“By vaccinating our girls against HPV, we are preventing the disease for life. They will be able to grow, live up to their full potential and prosper,” Dr. Rudi Eggers, WHO Kenya representative told the Daily Nation.

The government maintains that cervical cancer is the second most common form of the disease among women in Kenya, trailing only breast cancer. It contributes to 5,250, about 12.9%, of all cancer cases reported annually, and 3,286 deaths, about 11.8%, caused by the disease yearly.

“Preventing HPV infections would result in the prevention of cervical cancer,” said Collins Tabu, the Ministry of Health’s head of immunization.

However, Ngare said the doctors association decided to make its views known so that women can make an informed decision.

The association has distributed a study on the vaccine to the country’s Catholic bishops, said Dr. Stephen Karanja, chairman of the doctors’ group.