For gamers, ‘Sea of Solitude’ a beautiful if disturbing play 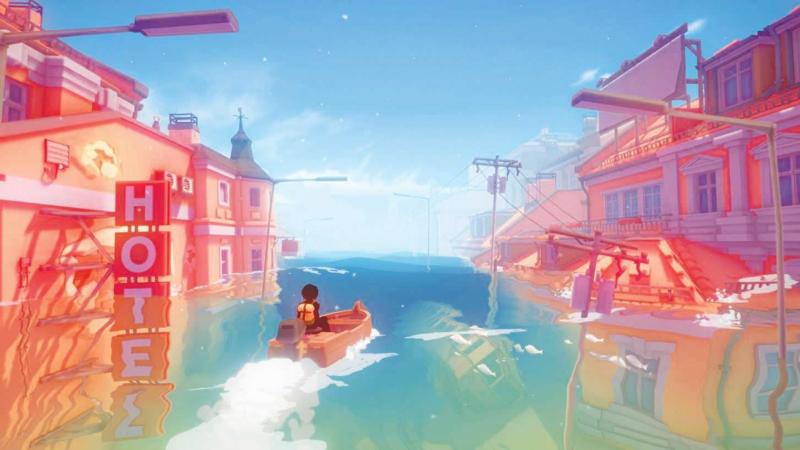 This is a still from the video game “Sea of Solitude.” (CNS photo/Electronic Arts)

NEW YORK (CNS) — What does it mean to be human and to contend with both our positive and negative impulses? That’s the question addressed in the cerebral adventure title “Sea of Solitude” (Electronic Arts). Gamers follow along with Kay (voice of Miriam Jud), a young woman exploring a drowned city filled with red-eyed beasts as she undertakes a journey of self-discovery and transformation after confronting her past.

Kay awakens in a boat floating over Berlin, her hometown. Memories and monsters are all around.

Even Kay herself has become a monster, but she doesn’t understand why.

The fiendish creatures she encounters are physical manifestations of her negative emotions and sense of worthlessness, while a girl bathed in golden light represents an idealized version of her goodness. The challenges of her parents’ marriage, the bullying her brother has endured at school and her relationship with her boyfriend all haunt Kay as she struggles to survive and push forward in this watery world.

While “Sea of Solitude” is wonderfully made, it is not intended to be a pleasant gaming experience. Rather, this is a journey of catharsis, which is important for all who have struggled with pain and suffering in their past.

The visual artistry and the heart-wrenching soundtrack are meant to guide the player through a journey of interior conflicts. The game explores loneliness, sorrow, self-sacrifice, anger, detachment — and much more, all of it somewhat unexpected in the medium of gaming.

These topics may be upsetting for some players, especially younger ones, so discretion is advised. However, “Sea of Solitude” demonstrates that such feelings are normal, and that healing is possible.

The gameplay is very accessible, as players navigate Kay on foot and in her little boat across the water. There are some puzzles which require quick reflexes, but nothing is overly complex. The visuals are bright and colorful when Kay is on the right track but will turn dark and gloomy if her negative emotions become overwhelming.

One of the most beautiful aspects of “Sea of Solitude,” far and away, is the soundtrack by composer Guy Jackson. His music carries players through a host of different emotions, through turmoil and into moments of calm, offering a much-needed respite.

Despite the lack of combat, there are still violent aspects present in the emotional battles between Kay and her monsters, one of which is trying to devour her whole. There is also a sequence where smaller beasts, representing the bullies who tormented her brother in school, push Kay around, trying to get her to give in while chanting about how they are going to find and hurt her.

While “Sea of Solitude” does not carry any obvious references to faith or God, it contains an important message for believers nevertheless. Mental health is a serious issue, and numerous saints affirm that care for it is important for a successful spiritual life. In light of its valuable insights, many parents may consider this an acceptable choice for older adolescents, some vulgar language notwithstanding.

Playable on PlayStation 4, Xbox One and Windows.

The game contains mature themes, some thoroughly stylized violence and a couple of crude terms. The Catholic News Service classification is A-III — adults. The Entertainment Software Rating Board rating is T — teens.

PREVIOUS: What if you could change a tragic past? ‘Don’t Let Go’ goes there

NEXT: Book explores ‘a vision of the good’ beyond right-left politics