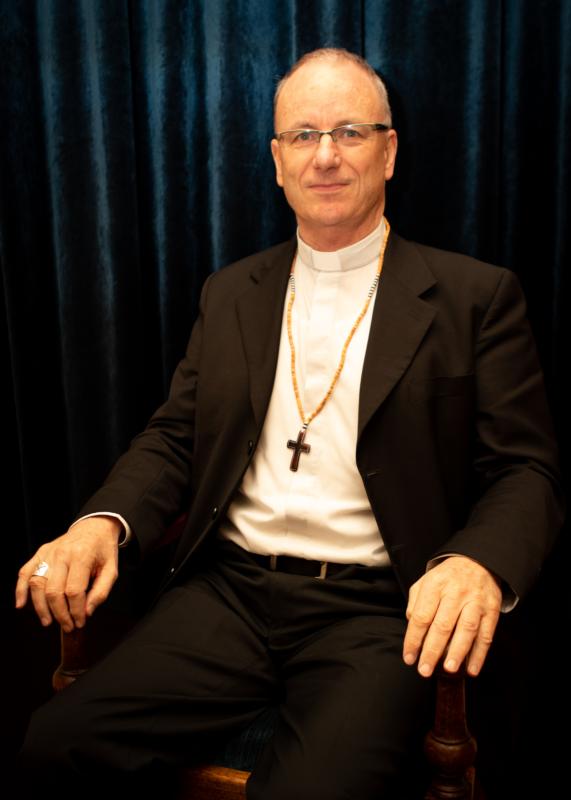 Bishop Drennan tendered his resignation following an investigation into a complaint of unacceptable behavior of a sexual nature. The complaint was made by a young woman.

Cardinal Dew said the woman had requested that details of the complaint remain private. He commended her for reporting Bishop Drennan’s behavior.

The clergy, staff and church leadership of the Diocese of Palmerston North have been told of the acceptance of Bishop Drennan’s resignation and provided with guidance and resources to help them support parishioners and other members of the Catholic community.

“The Catholic Church has no tolerance for any inappropriate behavior by any of its members. I encourage anyone who experiences such behavior to bring it to the attention of the church, police or any organization with which they feel comfortable,” said Cardinal Dew.

New Zealand media highlighted the fact that Bishop Drennan was a member of Te Roopu Tautoko. This body was established to coordinate and manage cooperation between the Catholic Church in New Zealand and the Royal Commission into Historic Abuse in Care.

A final report from the royal commission is scheduled to be released in 2023.

The royal commission is looking into what happened to children, young people and vulnerable adults between 1950 and 1999. It will cover abuse, including physical, sexual and emotional abuse and neglect.

Bishop Drennan, who worked for seven years for the Vatican’s Secretariat of State under St. John Paul II and Pope Benedict XVI; he was appointed co-adjutor Bishop of Palmerston North Feb. 22, 2011. This was the same day as a magnitude 6.3 earthquake struck Christchurch, where he was based.

Bishop Drennan was ordained bishop in 2011 and took over the Diocese of Palmerston North in 2012.

Before being appointed bishop, he was a parish priest and served at Holy Cross Seminary and at the theologate, Good Shepherd College in Auckland. He also was chancellor of Christchurch Diocese. He is an ascribed member of the Institute of Charity — Rosminians. Bishop Drennan had previously been secretary of the New Zealand Catholic Bishops’ Conference.

New Zealand’s bishops are scheduled to make an “ad limina” visit to Rome later this month; a meeting with Pope Francis is scheduled for Oct. 28.