Pope: Evangelization must help, not hinder, people getting closer to God 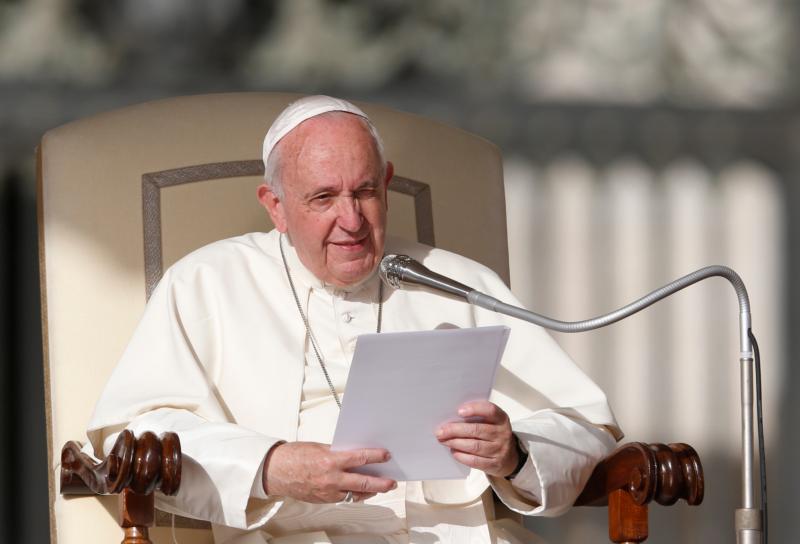 VATICAN CITY (CNS) — God wants everyone to be saved, which is why those who evangelize must avoid letting their prejudices get in the way of God’s plan, Pope Francis said.

“An evangelizer cannot be an obstacle to the creative work of God, who ‘wills everyone to be saved,’ but one who fosters an encounter of hearts with the Lord,” the pope said Oct. 16 during his weekly general audience in St. Peter’s Square.

The pope also recalled the day marked the anniversary of the 1978 election of St. John Paul II.

“Let us thank the Lord for everything good that happened in the church, in the world and in people’s hearts because of the words, deeds and holiness of John Paul II. Let us remember that his appeal to open your heart to Christ is always timely,” he said when greeting Polish-speaking visitors.

In his main catechesis, the pope continued his series of talks on the Acts of the Apostles.

He reflected on St. Luke’s account of Cornelius — the generous and God-fearing pagan, and St. Peter, whom God calls to meet with Cornelius. It was unlawful at the time for a Jewish man to meet with a Gentile, and Peter is harshly rebuked by the community in Jerusalem for visiting and baptizing him.

But God had told Peter, who had felt compelled to follow Jewish laws and restrictions, that “What God has made clean, you are not to call profane.”

Peter learns “God shows no partiality” and that “whoever fears him and acts uprightly is acceptable to him,” according to the Gospel account.

In his catechesis, the pope said God wanted Peter to no longer judge or see people and external acts as clean or unclean, “but to learn to go beyond that, by looking at the person and the intentions in their heart. What makes a person unclean, in fact, doesn’t come from the outside, but from the inside, from their heart. Jesus said this clearly.”

The pope said Peter learns to open his mind and heart to God’s “creativity” so that all people could receive the blessings promised to Israel.

Pope Francis asked that everyone learn what an evangelizer must be from Peter’s example and ask, “How do we act with our brothers and sisters, especially with those who are not Christians?”

“Let us ask for the grace to let ourselves be astounded by God’s surprises, not to hinder his creativity, but to recognize and foster the ever-new ways through which the Risen One pours out his Spirit in the world and draws hearts” to him as they recognize he is the “Lord of all,” the pope said.