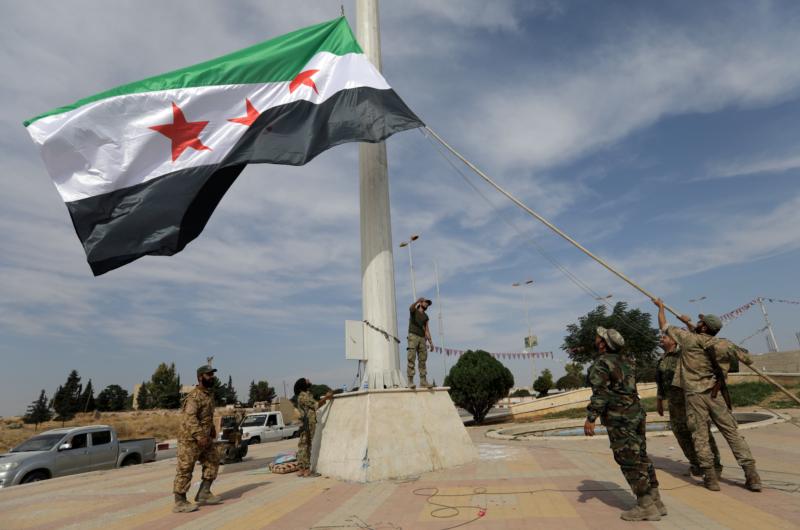 ROME (CNS) — The patriarch of the Syriac Catholic Church pleaded for “immediate and lasting peace in northeastern Syria and the preservation of innocent lives, especially for Christians, who are the original and founding component of Syria.”

Celebrating Mass Oct. 13 in the patriarchal Church of the Virgin Mary in Rome in the presence of people uprooted over the years from Syria and Iraq, Syriac Catholic Patriarch Ignace Joseph III Younan said, “We Christians of the East are neglected and abandoned by this world, which searches for its immediate material interests.”

As fighting between Kurdish forces and the Turkish army continued following the offensive launched by Turkey into northeastern Syria Oct. 9, the patriarch said, “We know that those who will pay the price are particularly innocent, especially Christians who cannot defend themselves, while Christians believe that the world around them, especially the powerful, exploits them and does not think of them, as if they are the scum of this world.”

Making an “urgent appeal in this Mass,” Patriarch Younan said he was uniting with Pope Francis “and all the church pastors around the world, in order to bring immediate and lasting peace” in northeastern Syria and throughout the country and “to preserve the lives of innocent people and the safety of all those who suffer.”

“The path of our cross has been going on for many years in Iraq, and today in Syria we continue to suffer from terrorist attacks, acts of violence, blind religious and sectarian fanaticism, and thus we are displaced, uprooted and annihilated,” the patriarch stressed.

“Our Christian people find no solution other than to leave their land and that of their fathers and grandfathers and emigrate,” he said.

Many of the Christians of northeastern Syria as well as Iraq are descendants of victims of the Turkish genocide. Patriarch Younan was born in Hassakeh, Syria, an area now at risk. His parents and grandmothers fled southeast Turkey in 1918.

In his homily, Patriarch Younan urged the faithful to “remain strong by faith and hope” together on the path “whose dark tunnel extends more and more.”