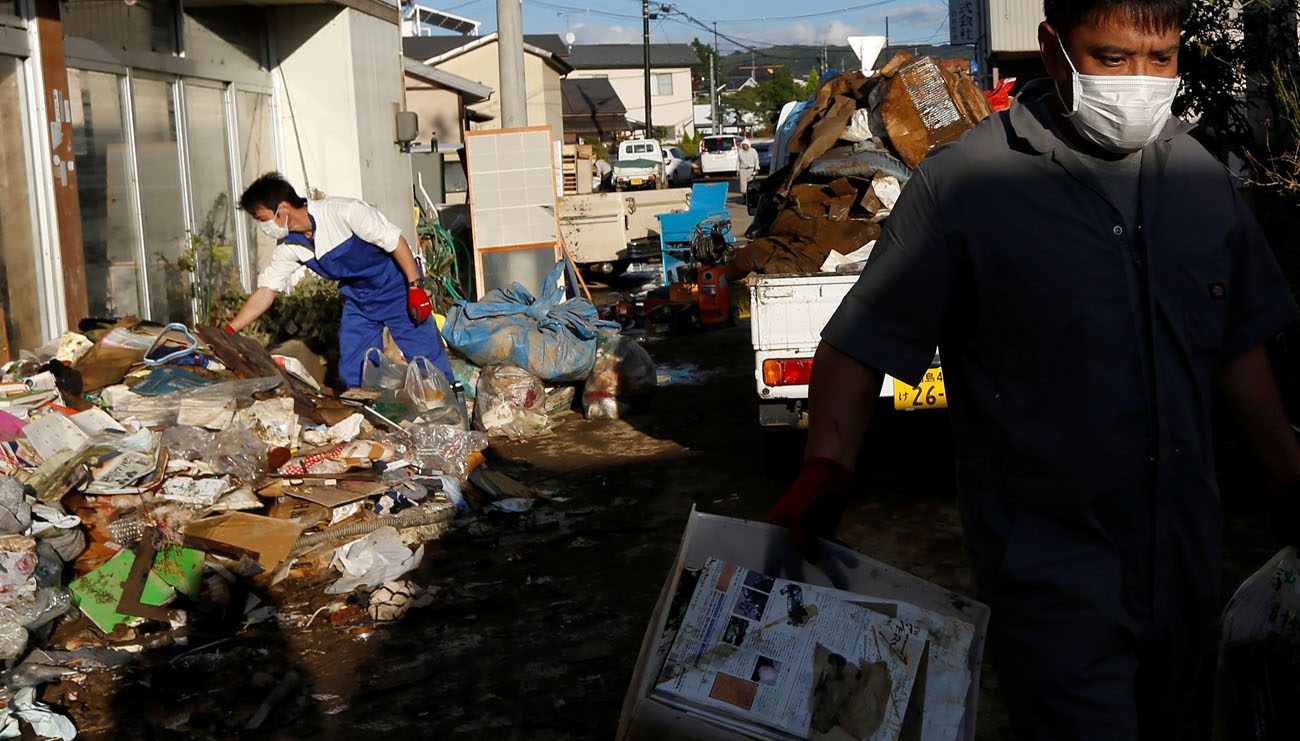 TOKYO (CNS) — A devastating typhoon that hit Japan over the weekend is unlikely to change the program of Pope Francis, who is scheduled to visit the country next month, reported ucanews.org.

Typhoon Hagibis, which killed more than 70 people, was the strongest storm to hit Japan in six decades.

Search-and-rescue operations continued after the storm caused flooding and landslides throughout the country, leaving at least 19 people still missing as of Oct. 15.

The disaster is unlikely to affect the travel plans of Pope Francis, due to visit Japan Nov. 23-26, ucanews.org reported.

“None of the areas he will visit in Tokyo, Nagasaki and Hiroshima suffered damage from Hagibis. We expect no change in plans,” said a church worker closely connected with papal trip preparations.

“His schedule here is so tight that I don’t imagine any changes will be made,” the official told ucanews.org on condition of anonymity because the papal schedule is yet to be published.

The pope “will meet with survivors of the earthquake-tsunami-nuclear meltdown disaster of 2011. He may shoehorn a comment in about the latest natural disaster, but I don’t imagine much beyond that,” the source added.

The highest death toll from the typhoon is in Fukushima prefecture, where levees were breached in multiple places, causing sudden flooding. Fukushima is the site of the nuclear power plant explosion and meltdown that followed an earthquake-caused tsunami in 2011.

Many people evacuated after that disaster still cannot return to their homes.

This will be the second visit of a pope to Japan; St. John Paul II visited in 1981.

PREVIOUS: U.S. bishops speak at synod for the Amazon