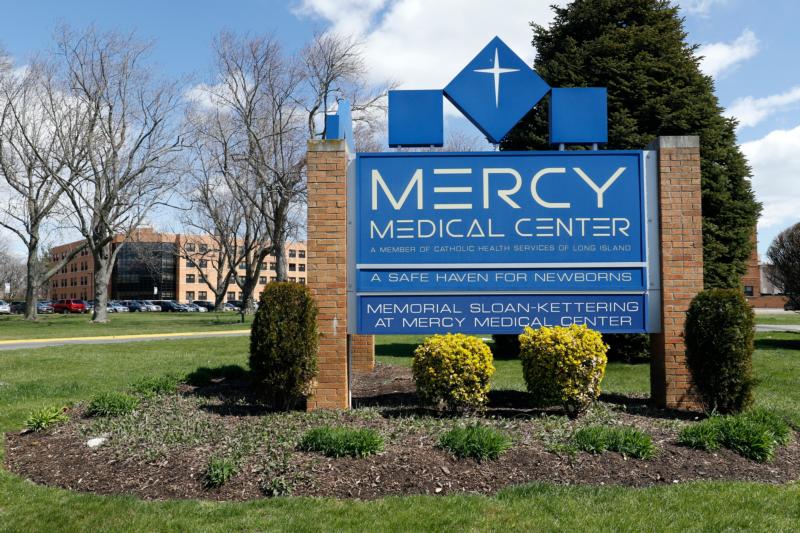 Mercy Medical Center in Rockville Centre, N.Y., is seen in this April 3, 2016, file photo. A federal judge in New York Nov. 6, 2019, struck down the Trump administration’s “conscience rule” intended to allow health care plans and providers to refuse to cover or perform abortions, gender transition surgery or other procedures they object to on moral or religious grounds. (CNS photo/Gregory A. Shemitz)

NEW YORK (CNS) — A U.S. District Court judge’s Nov. 6 ruling that halts a Trump administration conscience protection rule for health care professionals leaves them “vulnerable to being forced to perform, facilitate or refer for procedures that violate their conscience,” said the senior counsel for the First Liberty Institute.

These protections “would ensure that health care professionals are free to work consistent with their religious beliefs while providing the best care to their patients,” said Stephanie Taub. The Texas-based institute focuses on religious freedom cases.

In his 147-page opinion, Judge Paul A. Engelmayer, of the U.S. District Court for the Southern District of New York, ordered HHS to vacate the rule, “Protecting Statutory Conscience Rights in Health Care,” in its entirety.

He said it exceeded the statutory authority of HHS, was “arbitrary and capricious” and was adopted “in breach” of the procedural requirements of the Administrative Procedure Act.

But Engelmayer also acknowledged that “conscience provisions recognize and protect undeniably important rights.” His ruling, he said, “leaves HHS at liberty to consider and promulgate rules governing these provisions. In the future, however, the agency must do so within the confines of the Administrative Procedure Act and the Constitution.”

President Donald Trump announced the rule in May. It says medical workers or institutions do not have to provide, participate in or pay for procedures they object to on moral or religious grounds, such as abortion and sterilization. It was to have taken effect July 22, but enforcement was postponed because of court challenges.

The New York suit against the rule was brought by three sets of plaintiffs: one made up of 19 states, the District of Columbia and three local governments, led by New York state; a second one made up of Planned Parenthood Federation of America and Planned Parenthood of Northern New England; and the third was comprised of the National Family Planning and Reproductive Health Association and an organization called Public Health Solutions.

Politico quoted HHS spokesperson Caitlin Oakley as saying the agency along with the Justice Department “will not comment on the pending litigation at this time” because they are looking at the ruling.

A second lawsuit filed against the rule is pending in a federal court in California.