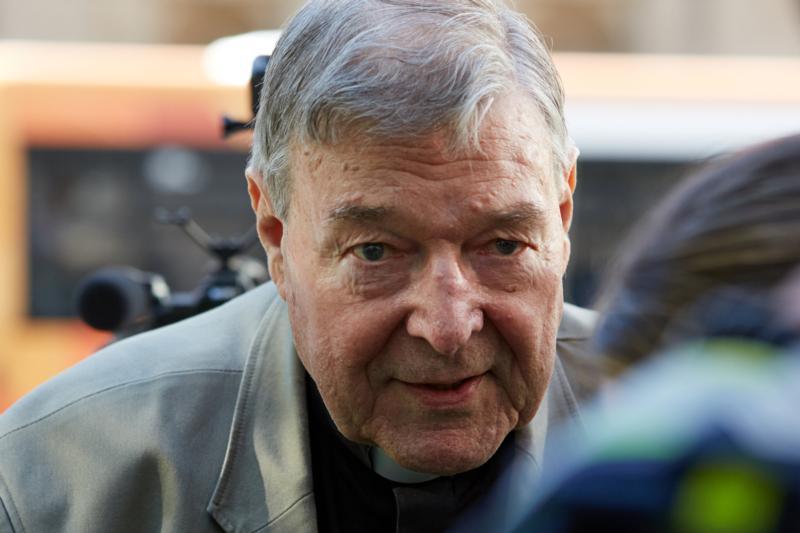 SYDNEY (CNS) — The High Court of Australia has decided to give Cardinal George Pell, 78, a final chance to argue against his conviction on five counts of child sexual abuse.

High Court Justices Michelle Gordon and James Edelman announced Nov. 13 that they referred the cardinal’s appeal application to the full, seven-member court. The unusual move means the full court will decide whether to hear the appeal and, if it does, will proceed to hear arguments about why the conviction should be overturned or upheld.

The justices gave Cardinal Pell’s lawyers until Jan. 8 to file their arguments for the appeal and said the prosecutors must respond by February. No date for the hearing was announced, but it is unlikely to be before March.

Matteo Bruni, Vatican spokesman, said that while “reiterating its trust in the Australian justice system, the Holy See acknowledges the decision of Australia’s High Court to accept Cardinal George Pell’s request of appeal, aware that the cardinal has always maintained his innocence.”

“At the same time,” he said, “the Holy See reaffirms once again its closeness to those who have suffered because of sexual abuse on the part of members of the clergy.”

A jury in December unanimously found the cardinal guilty of sexually abusing two 13-year old choirboys in Melbourne’s St Patrick’s Cathedral in the 1990s. In August, the conviction was upheld two-to-one by a panel of justices on the Victorian Court of Appeal.

If the High Court decides not to hear the appeal, Cardinal Pell, who has been held at Melbourne Assessment Prison since late February, will serve out his remaining sentence — the non-parole period of which expires in 2022.

If the full court does hear the appeal, each judge will make his or her own decision and write up the reasons; a majority will decide the case. The court has a range of options: The two simplest are to reject the appeal, leaving Cardinal Pell in prison to serve out his term, or to acquit him, meaning he will immediately walk free.

“For the High Court, there are two questions,” Melbourne lawyer Michael Bradley in an article on crikey.com.au. “It may consider that there is a question of legal significance to be dealt with, in relation to the way that an appeal court is required to handle appeals from jury verdicts.”

This would revolve around the test that appeal judges should apply to themselves when considering the “safety” of a verdict. Both sides in the case are expected to offer arguments about whether Cardinal Pell could have abused the boys in the cathedral sacristy immediately after Mass and while still wearing his Mass vestments and how that relates to the burden of proof.

The second question is whether an injustice has been done. “The High Court has itself said repeatedly that, putting aside all technical legal grounds, an appeal court must quash a criminal conviction if it concludes that a miscarriage of justice has occurred. If the judges have a serious doubt, then logically the jurors should have had one, too,” Bradley wrote.

The High Court also could order a retrial or refer the case back to the Victorian Court of Appeal for further consideration.

Archbishop Mark Coleridge of Brisbane, president of the Australian Catholic Bishops’ Conference, said Cardinal Pell had exercised the right that all Australians hold to appeal his conviction to the high court.

“This will prolong what has been a lengthy and difficult process, but we can only hope that the appeal will be heard as soon as reasonably possible and that the high court’s judgment will bring clarity and a resolution for all,” the archbishop said.

Sydney Archbishop Anthony Fisher also welcomed the decision that the High Court would consider the cardinal’s appeal and expressed hope the process would be expedient.

“The cardinal has always maintained his innocence and continues to do so, and the divided judgment of the Court of Appeal reflects the divided opinion amongst jurors, legal commentators and within our community,” Archbishop Fisher said.

“Many questions remain, and it is appropriate that these will be examined by our highest court.”

He said the church would continue to offer pastoral support to Cardinal Pell while he remains in prison and would support “all others affected by today’s outcome.”

The father of the second victim in the case, now deceased from a drug overdose, was said by his lawyers to be devastated.

On Feb. 27, just after the verdict was published and Cardinal Pell was taken to jail, the Congregation for the Doctrine of the Faith announced that it was beginning a canonical investigation of the cardinal. The congregation handles the church process for allegations of child sexual abuse by members of the clergy.

However, in August, Vatican spokesman Matteo Bruni said the process would not begin until after the Australian legal process ends.