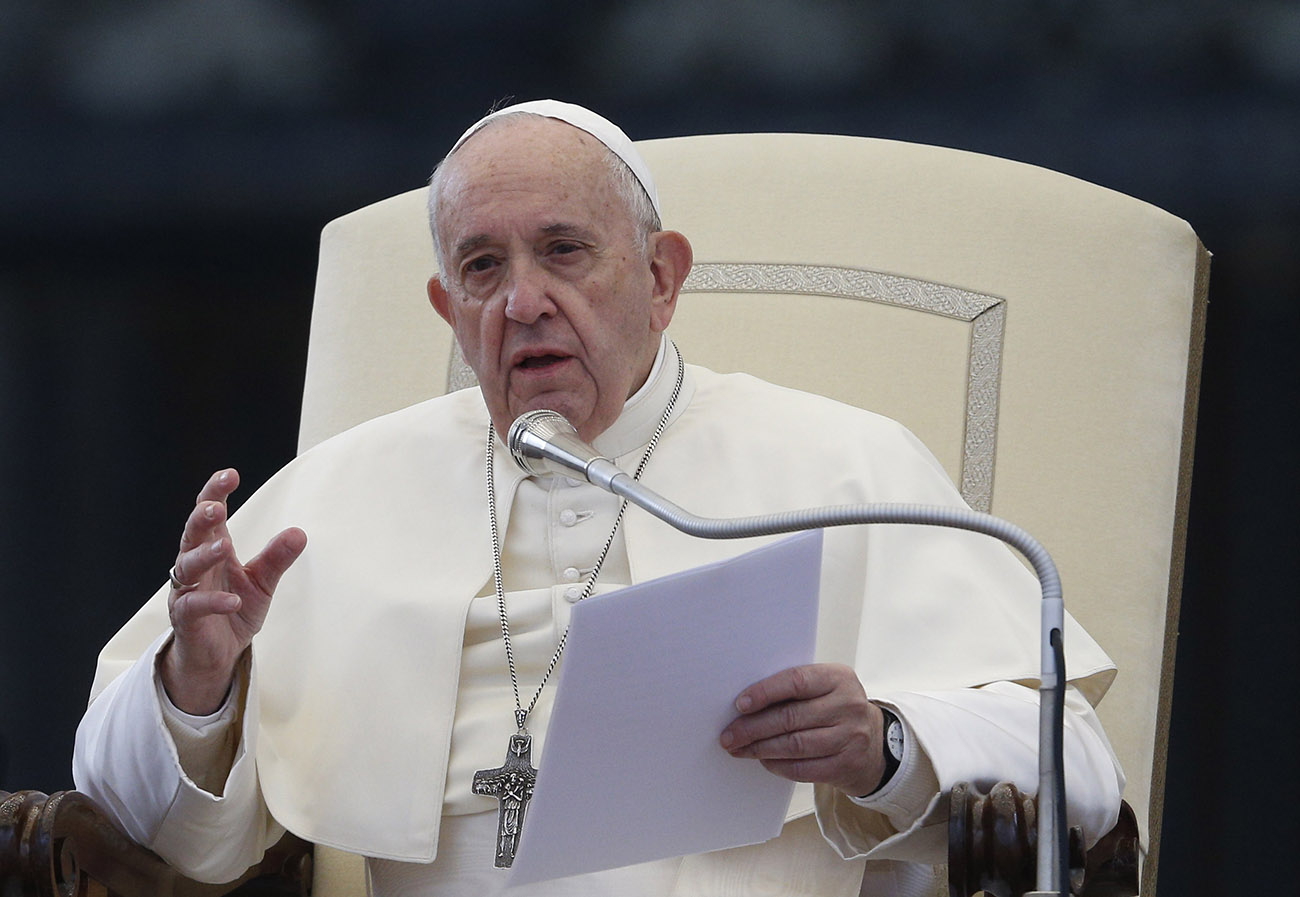 VATICAN CITY (CNS) — Pope Francis warned that violence against Jewish people, which reached a state of horror during World War II, is on the rise again.

During his weekly general audience Nov. 13, the pope reflected on the lives of Priscilla and Aquila, a first-century married couple who accompanied St. Paul in his ministry and were among the Jews expelled from Rome by Claudius Caesar.

Departing from his prepared remarks, the pope said that the world has “seen so many brutalities done against the Jewish people, and we were convinced that this was over.”

“But today the habit of persecuting Jews is beginning to be reborn,” he said. “Brothers and sisters: this is neither human nor Christian; the Jews are our brothers and sisters and must not be persecuted! Understood?”

The pope’s warning came as more countries have reported an escalation in anti-Semitic violence and vandalism across Europe.

During the Holocaust, the Nazi regime forced Jewish men, women and children to wear yellow stars on their clothing.

The attacks coincided with the 81st anniversary of Kristallnacht (Night of Broken Glass), when more than 1,400 synagogues, prayer halls and thousands of Jewish shops, apartments and cemeteries were destroyed.

The 2018 Hate Crime Statistics, released Nov. 12 by the FBI, reported that of the 1,617 victims of anti-religious hate crimes reported in the United States, “56.9 percent were victims of crimes motivated by offenders’ anti-Jewish bias.”

In his main audience talk, the pope continued his series on the Acts of the Apostles, recalling the important role played by Priscilla and Aquila in the early beginnings of the church.

Following their expulsion from Rome, the Jewish couple settled in Corinth where they met St. Paul and welcomed him into their home. Priscilla and Aquila also accompanied the apostle on his travels to Syria.

Pope Francis said that among all of St. Paul’s collaborators, Priscilla and Aquila “emerge as models of a married life responsibly committed to the service of the entire Christian community.”

The couple, he added, serve as a reminder that “thanks to the faith and commitment to evangelization by so many laypeople like them, Christianity has come to us.”

“Let us ask the Father, who has chosen to make of this couple his ‘true, living sculpture,’ to pour out his Spirit on all Christian couples so that, following the example of Aquila and Priscilla, they may open the doors of their hearts to Christ and their brothers and sisters and transform their homes into domestic churches where they can live a life of faith, hope and charity in fellowship and worship,” the pope said.

NEXT: Indian nuns spend two years on the road in Gospel Journey Campaign